Body found in woods near where missing grandmother last seen 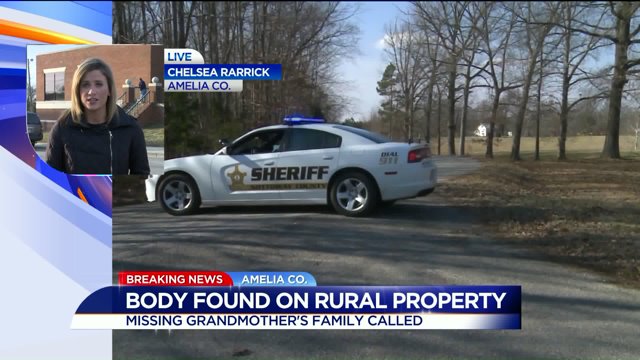 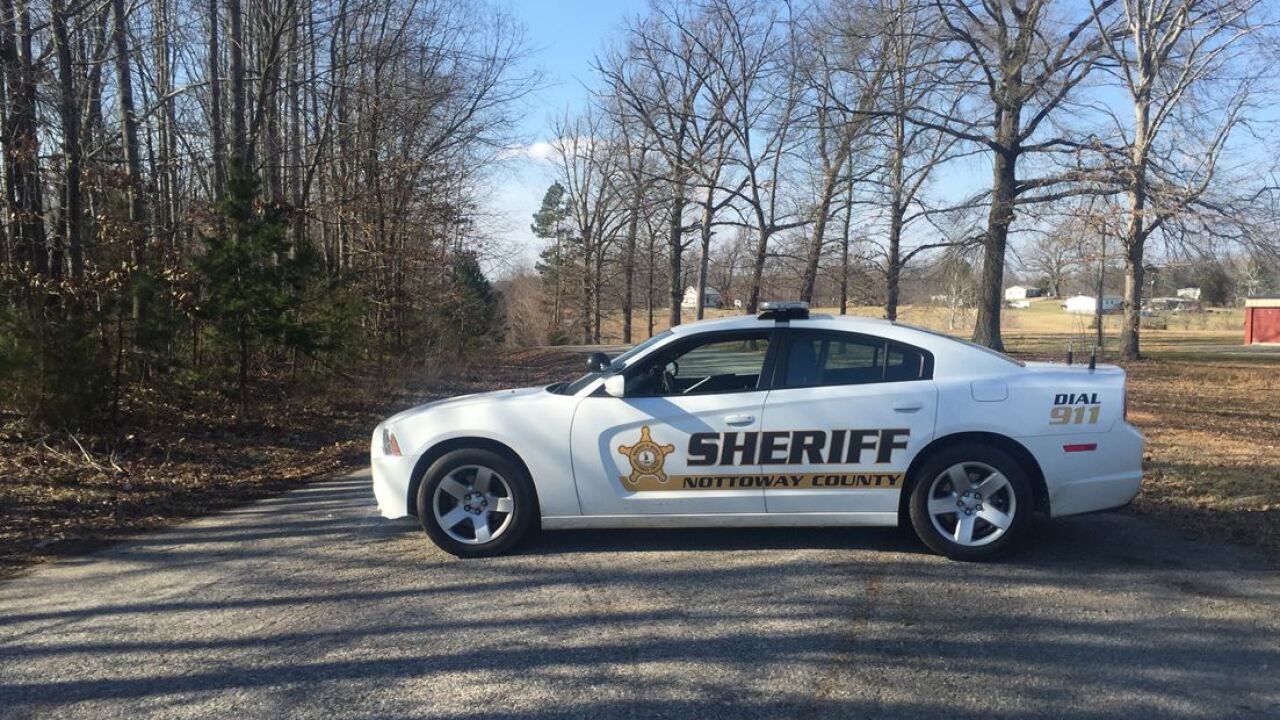 NOTTOWAY COUNTY, Va. -- A body was discovered in the woods off Route 307 in Nottoway County, sheriff's deputies confirmed. The body had been there awhile, law enforcement sources disclosed. The remains have not yet been officially identified.

The body was located about 15 miles from Amelia Court House. That is where investigators have been searching for the body of 68-year-old Olene Brooks.

The Brooks family was called to the Amelia County Sheriff's Office,  Olene's daughter confirmed, but they have not been told if the body is her mother. The family declined to go on camera at this time.

Body found off Route 307 in Nottoway Co. Olene Brooks fam says they were notified but weren't told if it was her. pic.twitter.com/jixMgMrLjI

Brooks was last seen January 21 in Amelia when investigators said she was abducted by her former son-in-law Dana William. William, who killed himself days later as police outside Boston moved in to make an arrest, also killed Olene’s husband Woodell Brooks, police said.

Route 307 is a nine-mile route just west of Amelia which connects with Rice.

An active search has been underway to find Brooks. The Amelia County Sheriff’s Office encouraged everyone to check their properties, and said that aerial and ground searches were conducted in counties of Amelia, Chesterfield and Henrico and the city of Richmond.

William, 43, was named as an armed and dangerous suspect when Brooks disappeared and her husband Woodell was found dead in their Amelia home. William is the father of one of the Brooks’ grandchildren.

“He liked to brag a lot, so I would like to think he boastfully told someone,” Smith said.

“He told me in order for me to save my family, I would have to call my mom to the house,” Sheila Smith said. When she refused, she said things intensified. “He tied [my daughter] with zip ties and tied my friend up with zip ties, then tied me and my son up.”

He then sent a text message to Brooks using her granddaughter’s phone, law enforcement sources said, to lure the grandmother to the Poorhouse Road home. Brooks’ daughter said the text asked Brooks to bring a thermometer over because the four-year-old was sick.

William, who was recently released from prison after a rape conviction, served two years of a 40-year prison sentence because 38 years of that sentence were suspended.

Family members said last week’s violent rampage was William’s way of getting revenge on the Brooks family for the time he spent in prison.