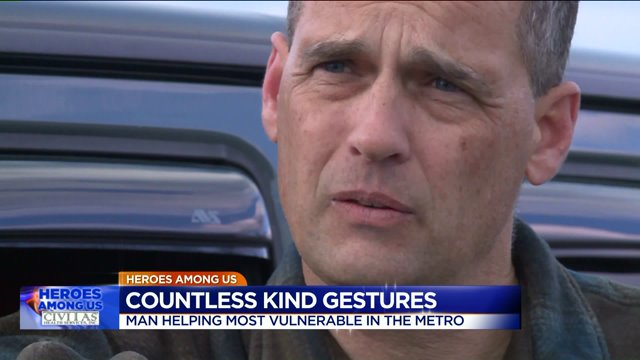 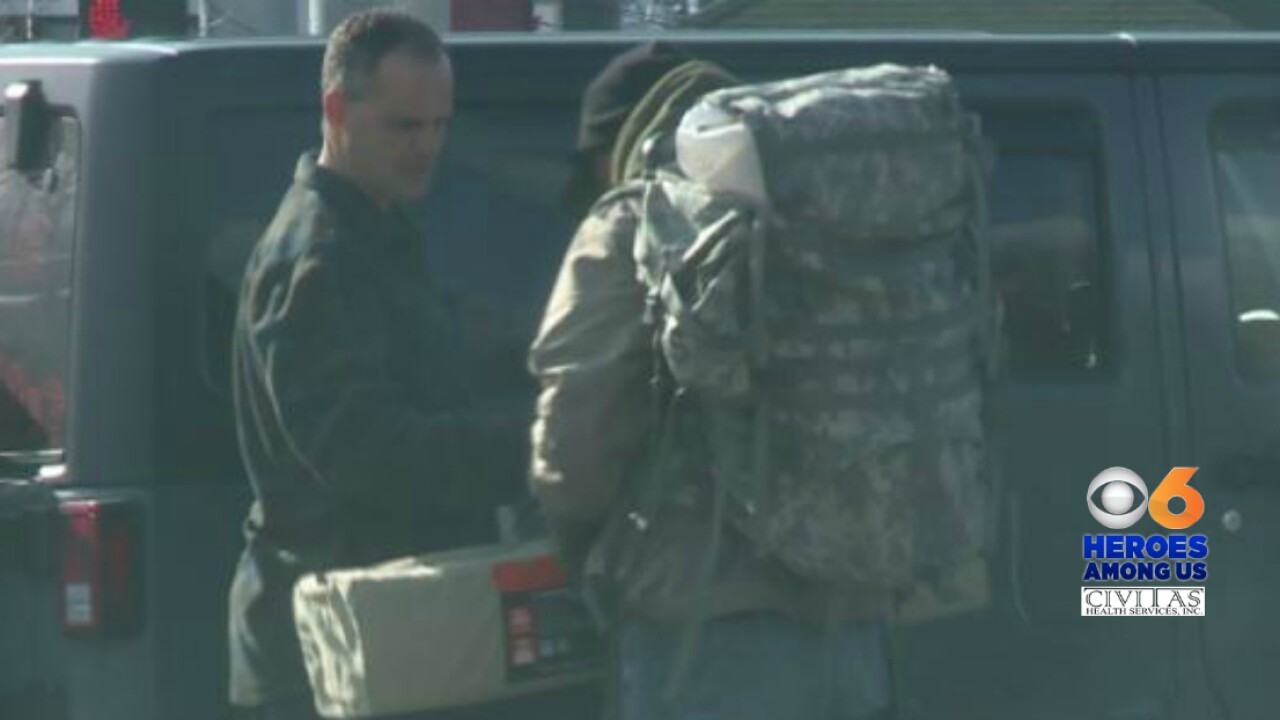 HANOVER COUNTY, Va. -- Bob Hummer’s jeep is filled with supplies like tents, Band Aids, thermal underwear and propane heaters. The supplies have transformed the 53-year-old Hanover man into a one man supply train.

Hummer called his new position is not so much a career, as a calling. Bob carries the life-saving supplies wrapped in love, to the people who need it most. Several times a week Bob visits his homeless friends living in the woods. These campsites do not sit in the country. You will find these camps in urban areas of Henrico and Richmond.

"I look forward to it every day," Bob said. "There needs to be someone they can depend on."

It is a responsibility Bob said he did not take lightly.

Recently, off I-95, Bob carried propane and chili to his grateful friend Don. Don has been living outside in the elements for five years.

Don’s home, a nylon tent, was torn to shreds during January’s massive snowstorm. Bob quickly replaced Don’s tent using donations from his non-profit, Moments of Hope outreach which he started in 2014.

Bob’s mission to help people started as he found himself re-emerging from a dark place.

"The last decade has opened my eyes," he said. "I can relate to their desperation, without a doubt."

In 2005, Bob and his family were traveling on I-81 when their car was hit head on by another driver. His family survived, but the successful businessman suffered severe injuries and brain trauma that changed his life forever.

"I found something I can’t fix. I’m broken myself. But I am going to stick with this till I can find the people who can help me fix this. I don’t have any choice," Bob said.

Bob called the crash a blessing.

"I think it was God redirecting my efforts, my path and my direction altogether," he said.

Bob Hummer is the special delivery man supplying food, warmth and small moments of hope from deep within his heart and his jeep.

Bob also feeds the homeless at two Food Lion locations every Saturday. If you would like to help Bob with badly needed supplies like socks, gloves or toiletries you can find out how to donate by visiting the Moments of Hope Outreach website.