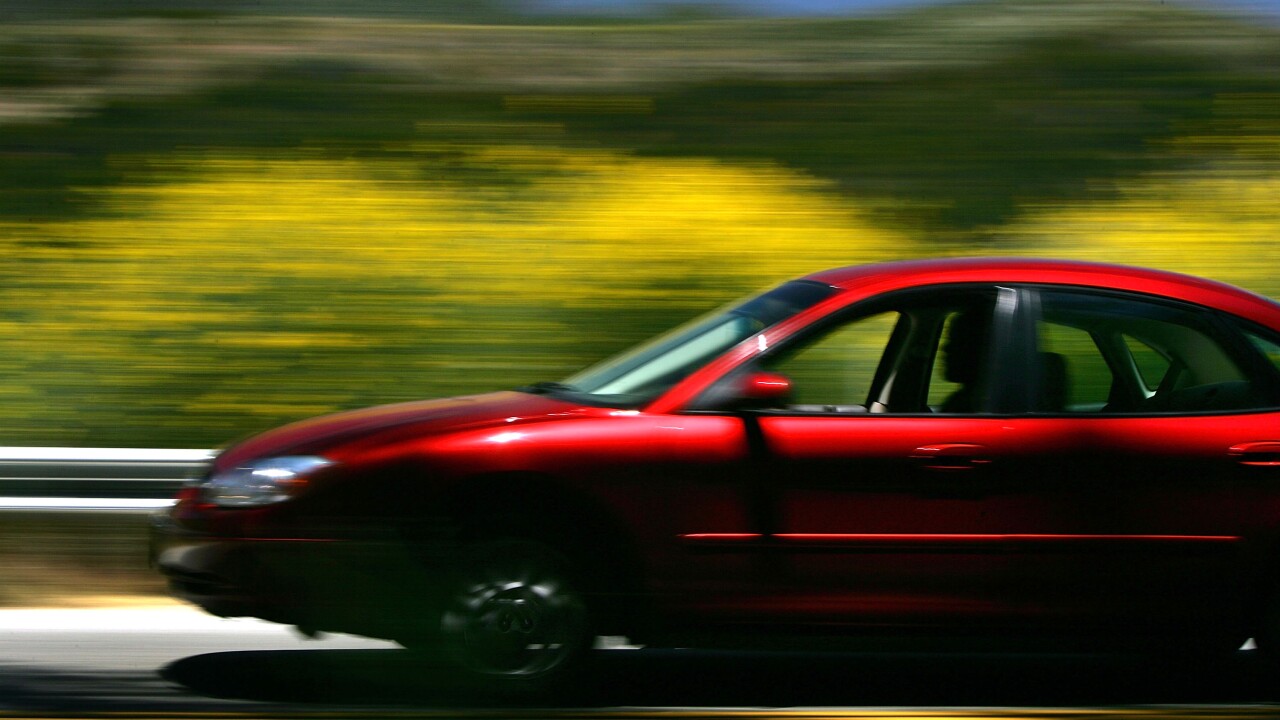 LA CANADA, CA – JUNE 21: A motorist speeds past flowers as a heavy wildflower bloom, the result of last winter’s record rainfall, continues on the first day of summer along the Angeles Crest Highway on June 21, 2005 in the Angeles National Forest northwest of La Canada, California. Last winter’s rainfall is expected to be remembered as the region’s second all-time rainiest season on record, coming to within one inch of being the rainiest. (Photo by David McNew/Getty Images)

RICHMOND, Va. –- The Virginia Senate passed a bill this week that could make it harder to get a ticket for reckless driving.

Senate bill 768 raises from 80 to 85 miles per hour the speed above which a person who drives a vehicle on the highways in the commonwealth is guilty of reckless driving.

The current reckless driving law is applied to drivers going 20 mph over the speed limit, or driving at an 80 mph speed.

In 2010 the state’s speed limit was raised to 70 mph on some highways, Virginia raised the speed limit in 2010 for some highways to 70 miles an hour, and supporters of the bill said drivers going 81 miles shouldn’t face harsher, reckless driving charges.

This new law would prevent drivers from being charged with reckless driving if they were going 11 miles over the speed limit.

The bill passed in the Senate with 26 in favor and 14 opposing.

It has been read and moved to a committee in the House.