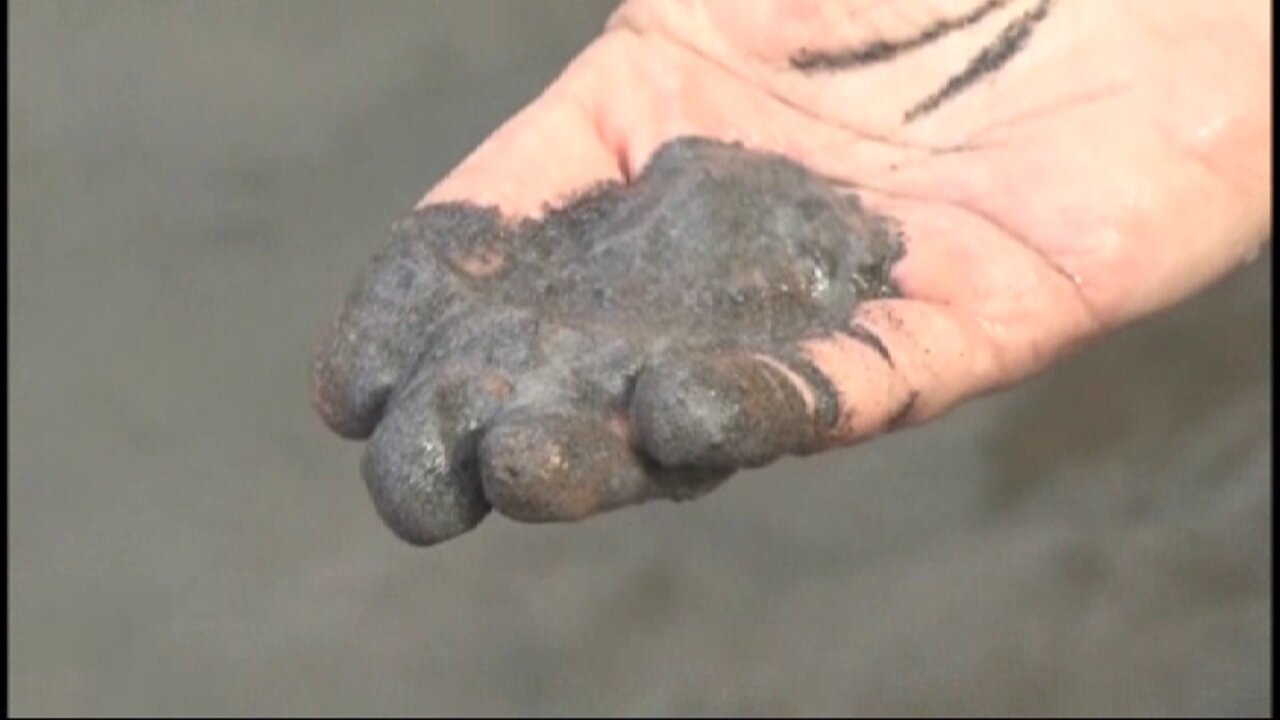 RICHMOND, Va. — The following is an opinion piece by Michael Town, executive director of the Richmond-based Virginia League of Conservation Voters. The piece is in response to the death in committee of Senate Bill 537, from Sen. Scott Surovell of Mount Vernon.  The bill addressed a long-term coal ash storage strategy as Dominion begins closing its coal ash ponds, per law established by the EPA. The letter first appeared on the “Their Opinion” page of the Richmond Times-Dispatch, and Mr. Town granted permission for its reposting here on WTVR.com.

In the coming years, Virginia’s electric utilities will have to “safely” dispose of coal ash currently stored at sites across the commonwealth.

The bad news? Communities could still remain at risk from this toxic waste under current Virginia law.

Coal ash is a toxic byproduct of coal-fired power plants and, depending on the type of coal, it can be laden with heavy metals such as arsenic, mercury, lead, selenium, and hexavalent chromium. At the sites in question, this waste is currently stored in ponds, where it is mixed with water to form a grey slurry at constant risk of leaching into groundwater or leaking from the impoundment.

Recently, the State Water Control Board approved permits allowing Dominion Power, Virginia’s largest electricity utility, to drain coal ash ponds at facilities it operates in Prince William and Fluvanna counties and discharge treated wastewater into the James and Potomac rivers. These dewatering permits drew extensive public comments to the Department of Environmental Quality and remain controversial despite their approval.

These permits mark only the first step in a needed long-term coal ash storage strategy. Once the water is drained, the solid waste will remain. Virginia is then obligated to protect public health by permitting the safest way possible to properly dispose of this hazardous waste material.

Unfortunately, efforts to put our state on the right path forward have stalled in the legislature.

Senate Bill 537 from Sen. Scott Surovell of Mount Vernon would have required utilities to transfer solid coal ash waste to dry, lined landfills instead of the current practice of “capping in place,” where the waste is essentially buried on-site with no assurances that it won’t leach into groundwater.

This bill failed to make it out of committee Feb. 4 because of an abstention from Sen. Roslyn Dance of Petersburg, whose district contains Virginia’s largest coal-burning power plant. Monitoring at the Chesterfield County site, where an estimated 8,400 tons of coal are burned daily, has already revealed elevated levels of coal ash contamination in surface and groundwater, making Dance’s lack of leadership even more astonishing. A coal ash spill from this site in Dance’s backyard would inflict untold harm on the James River and everyone who depends on it downstream.

Other communities in Virginia are also at risk. Inspections have revealed high levels of toxins like arsenic and other heavy metals in groundwater at the Chesapeake Energy Center in Chesapeake and Possum Point Power Station in Dumfries, where more than 1 billion gallons of coal ash sludge is being stored in outdated, leaking ponds, resulting in heavy metal contamination of groundwater at levels 127 times the state standard.

Clearly, Virginia needs to act, and the General Assembly had the chance this year to be proactive.

In addition to requiring landfill storage of coal ash, under SB 537 all of the commonwealth’s existing coal ash impoundments would have been closed by 2020. In cases where a site was capped in place or had been approved for closure by capping in place, utilities would still be required to transfer coal ash to a dry, lined landfill.

Sites would then be required to undergo remediation in line with existing federal mine reclamation standards to ensure they don’t pose any further threat to our environment or public health.

Virginia has seen firsthand the costly impacts from coal ash storage failures. It has been two years since a North Carolina spill dumped nearly 40,000 tons of coal ash and millions of gallons of toxic wastewater into the Dan River from a faulty site managed by Duke Energy. In the end, this sludge made its way 70 miles downstream, coating the bottom of the riverbed and impacting drinking water for communities in Southside Virginia.

Following the spill, North Carolina enacted legislation requiring utilities to remove coal ash waste from ponds similar to those in Virginia and transfer it to dry, lined landfills.

In North Carolina, legislation came only after the damage had been done. Virginia should enact commonsense safeguards before the next environmental disaster can happen.

Our legislature has an obligation to protect public health, and coal ash waste will continue to pose a serious threat unless there is a proper plan in place. We cannot wait to react to another costly and detrimental spill.

To be proactive, Virginia lawmakers should prioritize the health of their constituents over their allegiance to big political donors like Dominion Power. Though our legislature missed a prime opportunity to do just that this legislative session, the Virginia League of Conservation Voters and our environmental partners will work to make commonsense coal ash safeguards a reality in 2017.

Is there an opinion piece you would like to see on WTVR.com? Email it to us. WTVR reserves the right not to post all articles, and to edit for spelling errors.