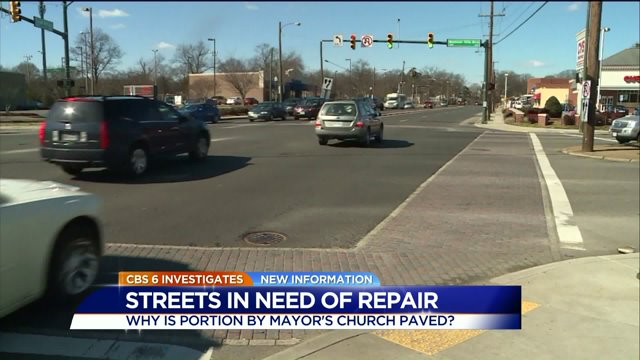 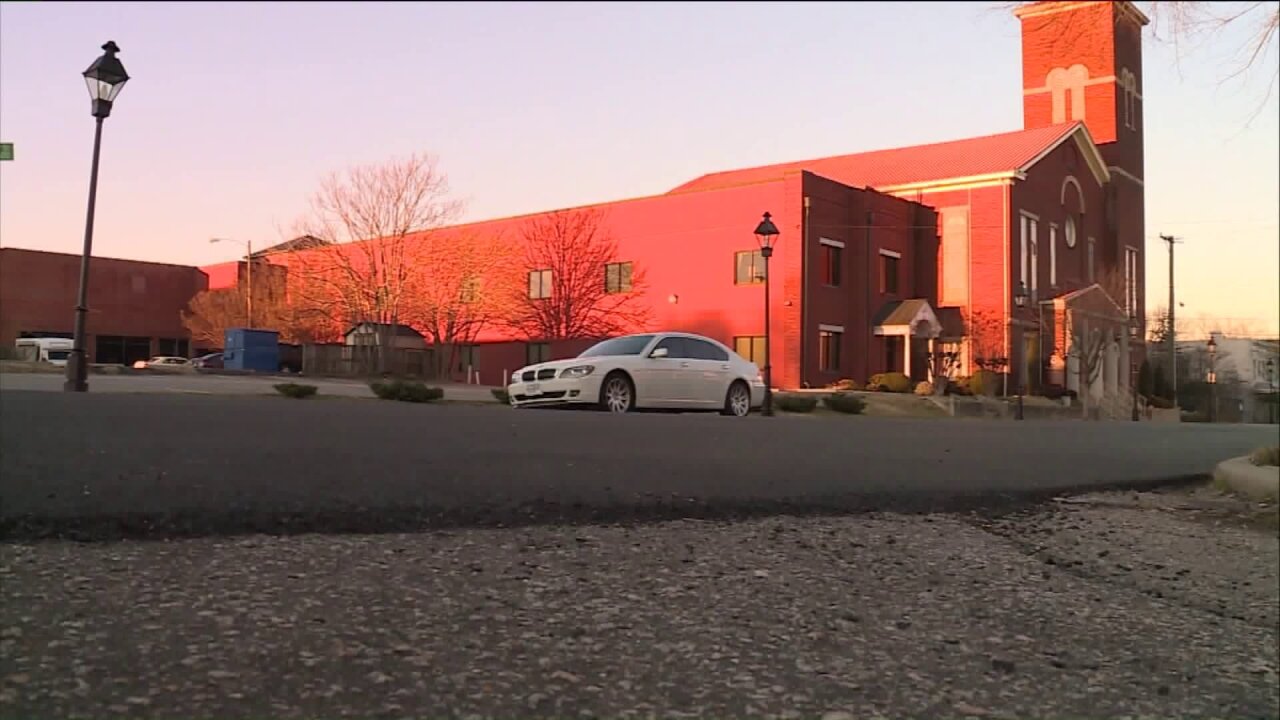 RICHMOND, Va. -- Richmond City Councilwoman Reva Trammell said she has received at least 45 phone calls regarding a story on the recent repaving of Decatur Street -- the street where Mayor Dwight Jones' church is located.

CBS 6 started asking questions when several Richmond residents wanted to know why a portion of Decatur Street was freshly paved in December when others in the area appeared to be in need of repair.

When we questioned Mayor Jones about the repaving, he referred us to Department of Public Works, saying the agency was now in charge of what streets get paved.

"You're going to tear up your whole street in front of your church and you're not going to know what's going on?" asked Trammell regarding the mayor's comment.

The Department of Public Works said the road was initially repaved in 2010 from Jefferson Davis to Commerce Road.

However, the decision to repave the street in December wasn't made by DPW, but by the Department of Public Utilities.

DPU spokeswoman Angela Fountain said because of federal requirements, the department had to do a risk analysis of the city of all areas and Decatur Street was identified as a high risk service area requiring action.

As a result, DPU opened up the road and ended up replacing gas and water services, causing extensive damage to the road. DPW then repaved the road as a cost-saving measure.

Fountain said there is no work order or photographs of the work because it was routine work.

Fresh pavement near the mayor's church.

CBS 6 also asked what other paving projects were down within the past 12 months because of DPU work.

North said Forest Hill Avenue between the Powhite and Westover Hills Boulevard was repaved in November and December of 2015. Fairmount Avenue between 24th and Mosby was also paved in July 2014.

However, some who live near Fairmount said the road doesn't compare to Decatur Street.

"It doesn't look as nice as the mayor's," said one resident. "It looks a little worse."

Residents said they still have questions regarding the paving process.

"I think they should make a better improvement over here like the mayor's," said a resident.

Regarding some concerns about Fairmount, North said that is still a work in progress. It was paved in 2014, but then DPU had to go and do underground maintenance work.

Stay with WTVR.com and watch CBS 6 News for continuing coverage of this important local story.
37.522997 -77.447444
Copyright 2020 Scripps Media, Inc. All rights reserved. This material may not be published, broadcast, rewritten, or redistributed.