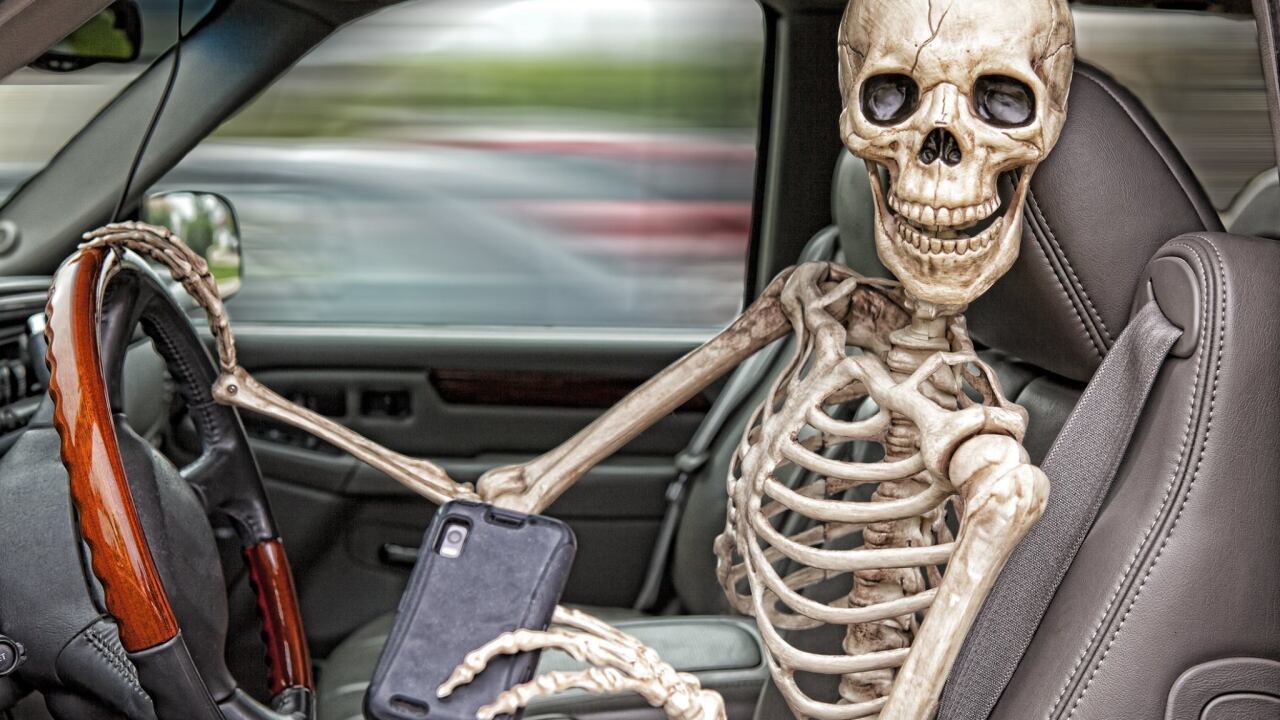 RICHMOND, Va. — A legislative panel Monday approved a bill to expand Virginia’s law against texting while driving to other distracting activities, such as reading social media postings.

Subcommittee No. 1 of the House Transportation Committee voted 6-1 in favor of House Bill 461, which would make it illegal for a driver to “manually select multiple icons” on a cellphone or other handheld personal communication device.

The bill also would prohibit the driver from reading “any information displayed on the device”; the current law applies only to email and text messages. The measure would not apply to making a cellphone call or navigating with GPS.

Moreover, HB 461, proposed by Del. Richard Anderson, a Republican representing Prince William County, would prohibit drivers from texting or reading on their cellphones even when the vehicle is stopped. The existing law applies only to moving vehicles.

Anderson is passionate about the issue: His brother-in-law was injured in an automobile accident involving a driver who was texting. “It should be called impaired driving, not distracted driving,” Anderson said.

Texting and driving is as dangerous as driving under the influence of alcohol, Anderson said. He suggested that, as with laws mandating seatbelts, it will take time for the public to come around. Eventually, people will realize that the ban on texting while driving saves lives, Anderson said.
Between January and July 2015, 68 people died in crashes involving distracted driving in Virginia, according to the state Department of Motor Vehicles.

Texting while driving is a bigger concern, he said.

This is especially true after officers have pulled over a vehicle for a violation: The officers then are in danger of getting hit by an oncoming motorist who is texting.

That is what happened to Heather Munsterman, who has worked for the Manassas City Police Department for the past 11 years. During a routine traffic stop, she was hit by someone who was texting while driving, Munsterman told legislators.

She tearfully admitted to being in the hospital for two months and suffering brain damage. Munsterman has not yet been able to return to her former position and is currently on light duty.

“I support this bill with all my heart,” Munsterman said.

Also in support of HB 461 was Madeline Abbitt, a lobbyist representing AT&T. She listed statistics about what people do while behind the wheel of a car: Seven out of 10 drivers text; 33 percent email; 28 percent browse the Internet; 17 percent of people take a selfie; 14 percent post on Instagram and Twitter; 12 percent of people make videos; and 11 percent use Snapchat.

“This is a good and necessary bill,” Abbitt said.

But some questions were raised about HB 461. Del. James LeMunyon, a Republican from Fairfax and Loudoun counties and a member of the subcommittee, wondered whether taking a picture would constitute as a violation of HB 461.

Anderson responded by saying his bill was focused more on decreasing the number of distracted drivers immersed in social media on their phones.

In the end, six subcommittee members voted for HB 461. Besides Anderson and LeMunyon, they included Republican Dels. Les Adams of Chatham and Todd Pillion of Abingdon and Democratic Dels. Kenneth Plum of Reston and Jeion Ward of Hampton.

The subcommittee chairman – Del. Scott Garrett, R-Lynchburg – voted against HB 461 because of uncertainty over what would constitute “multiple icons.”

HB 461 now will be considered by the full House Transportation Committee. If the committee endorses the bill, it will advance to the full House of Delegates for a vote.

Also at its meeting on Monday, the subcommittee:

• Tabled HB 73, which would have increased the fines for texting while driving from $125 to $250 for a first offense and from $250 to $500 for a repeat offense. The bill had been proposed by Del. John O’Bannon, R-Henrico.

• Tabled HB 569, which would have required vehicles to display lighted headlights at all times – not just from sunset to sunrise or during low visibility. Del. Roxann Robinson, R-Chesterfield, had introduced the measure.

• Approved HB 1360, which require every bicyclist under 18 in Virginia to wear a helmet. Currently, local governments may require bicyclists under 14 to wear helmets. The proposal by Del. Joseph Yost, R-Pearisburg, would make helmets a statewide requirement for all bicyclists under 18. The subcommittee voted 6-1 in favor of HB 1360, with Garrett dissenting. The bill now goes to the full committee.