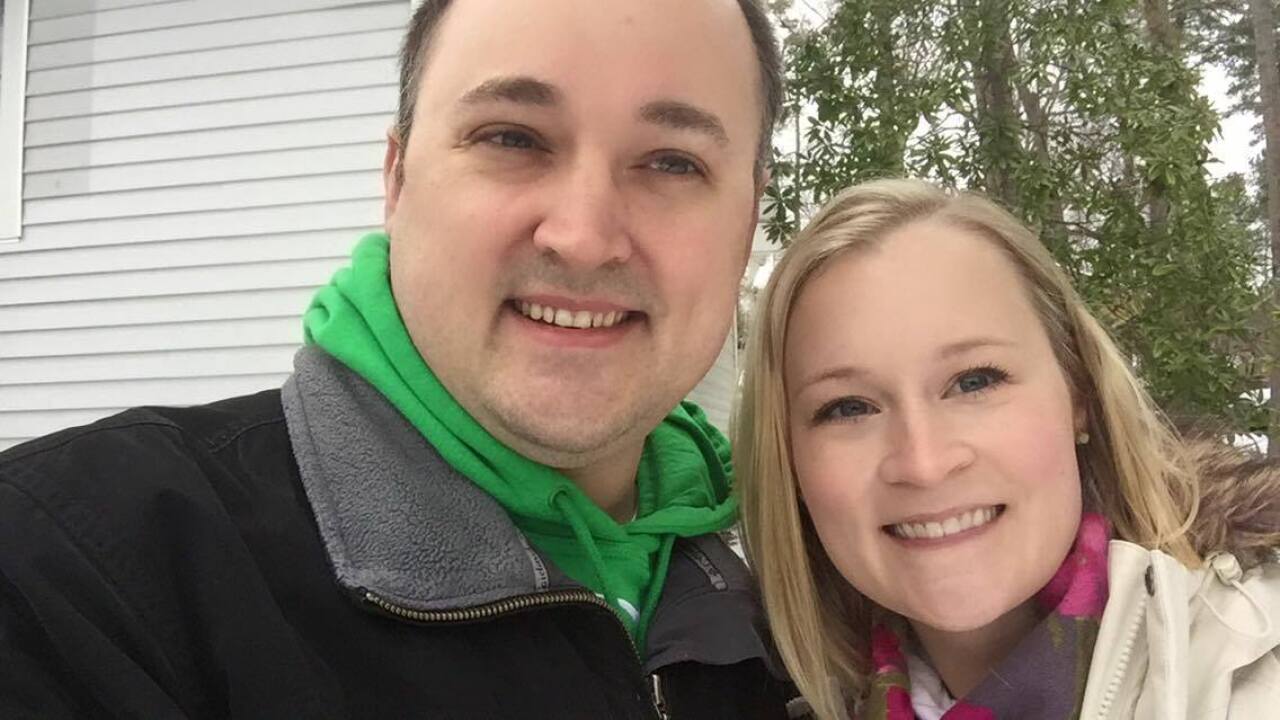 ASHLAND, Va. -- CBS 6 reporter Melissa Hipolit met a love sick doctor who stopped at a gas station along I-95 in Ashland Friday night.

Dr. Doug Barnas' glasses had broken, and he was trying to fix them.

Barnas was in the middle of driving over 400 miles through the massive snowstorm, to deliver some opal earrings to his girlfriend as an early Valentine's Day present.

Barnas said his girlfriend, Melissa Smith, is a medical resident in Chapel Hill, and this was the only weekend she had off for a while, so he couldn't pass up the opportunity to see her.

"For me it was well worth the drive. I miss her a lot, and even a short time seeing her is worth a tough trip," Barnas said. "Also, I grew up driving in the snow, so it was just like then. Kinda like riding a bike... It comes back to u quick. Though I will say that my hands hurt from gripping the steering wheel tight for so long."

Barnas said he met Smith when he was a resident at VCU in the Ob/Gyn department from 2010-2014. She was a medical student at VCU, and they were on night shift together.

Barnas said Smith flirted with him, and they soon hit it off and started dating.

They were initially on and off, but are now very committed, hence his drive through a snowstorm to get to her!

She is now a resident in Pediatrics at UNC in Chapel Hill, and he is a doctor at Conemaugh Memorial Medical Center in Johnstown, Pennsylvania.

"I'm a very lucky lady! Doug would do anything for me and always takes care of me. I love that he is here and I love him! Plus he had no idea I was flirting with him back when we met. Don't let him fool you. He was clueless," Smith said.​

Barnas said he loves Richmond, and misses the city, along with the fried chicken at The Hill Cafe.

"That stuff is to die for," Barnas said.​