Stranger pays it forward to Illinois college student with $2500 donation 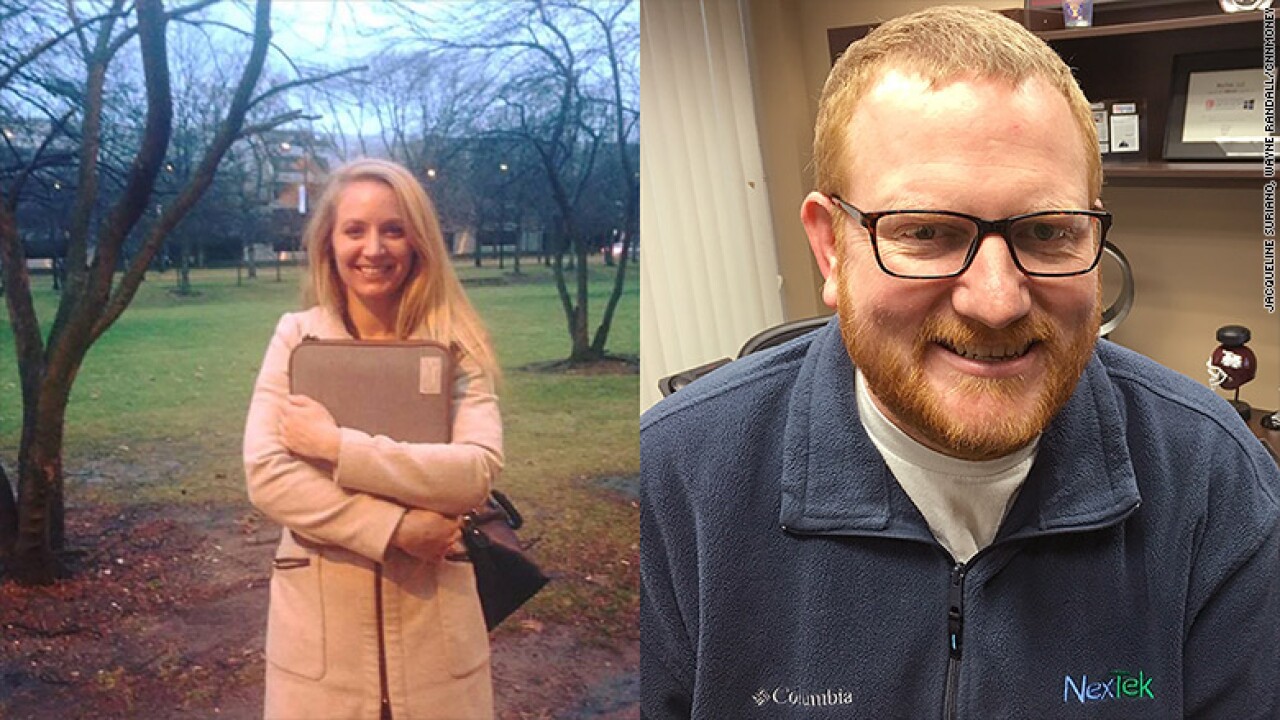 NEW YORK — It’s been a roller coaster of a month for Jacqueline Suriano since she found out that Illinois’ budget stalemate could cost her an extra $2,360 this semester.

But she can stop scrambling now that Wayne Randall, a complete stranger, decided to donate enough money to cover her bill.

“It felt like all that stress melted away,” Suriano said. “I think I’m going to have to send him a framed picture of me with my diploma when I finish.”

Illinois’ budget mess has tied up state funds for grants usually awarded to thousands of low-income college students. While some schools are fronting the money for now, many students are confused about when and if they’ll have to pay to cover the cost of the grant.

Suriano, who attends Illinois Institute of Technology, needed to come up with the extra money by April in order to register for the next semester’s classes on time. She already works two jobs on campus — a desk job in the psychology department and teaching yoga classes — to cover the $3,000 she pays out-of-pocket each semester, and other expenses.

When state lawmakers adjourned for the holidays without passing the budget (6 months past the deadline), schools started to notify students that they could be on the hook. In anticipation of the extra cost, Suriano picked up odd jobs over winter break, and skipped buying Christmas presents for friends and family. But she still couldn’t come up with enough money.

As a last resort, she set up a crowdfunding account at GoFundMe.com where people could make a donation.

On Thursday night, Suriano checked her email and saw Randall had made a donation for $2,500.

Randall, who is from Memphis, had read a CNNMoney article on Suriano and checked out her fundraising campaign, which had raised a few hundred dollars over the past month.

“I just try to pay it forward when I see the opportunity to do so,” said Randall. “I was having a really bad day, but hearing back from Jacqueline immediately turned it around.”

Randall didn’t go to college himself. He enrolled for about a month, but was bored with the classes. So he dropped out and got a job in IT at the age of 18 and has been working ever since. He has no regrets and now owns and runs his own IT firm, NexTek.

But it wasn’t always easy. Even when he had more than a decade of experience in the field, Randall says he wasn’t hired for some jobs because he didn’t have a college degree.

About 130,000 college students were expecting to receive a grant from the the state of Illinois this year, but the money has yet to be appropriated, leaving them on the hook indefinitely.

“This is a huge win for me, but I’m still so upset about what’s going on and want to get the word out there for others in this situation,” Suriano said.

Each year, students are notified in the spring that they’ve been awarded a grant for the following school year, but the fine print says the amount is subject to approval. Last year, grant awards averaged $2,800 per student. Students often decide where to go to school and how much to borrow that year figuring they’ll receive the grant.

When the budget is finally passed, it’s likely that the grant program will be, too, and students like Suriano should receive a refund from their school. But Randall doesn’t expect anything in return.

“I told her she could then use it for future costs or eventually, when she gets out there on her own, to pay it forward to someone else. I’m not looking for anything in return,” he said.