The doctor who sounded the water alarm in Flint 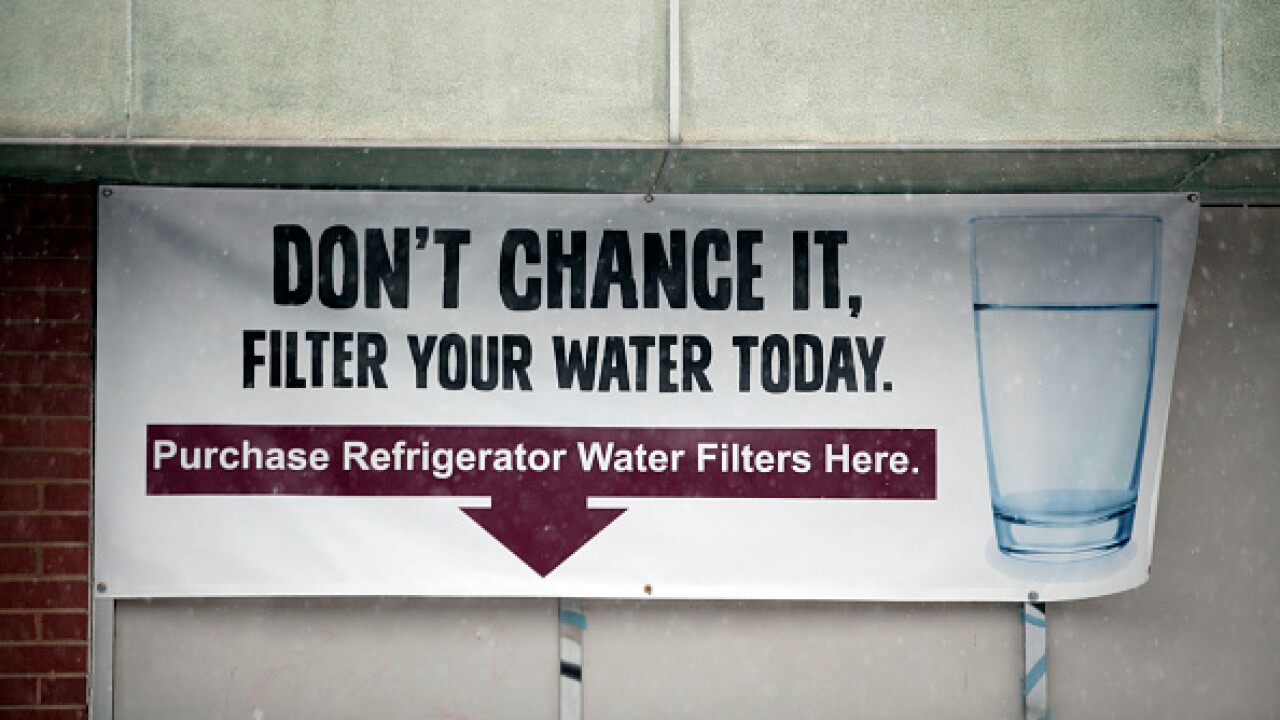 FLINT, MI – JANUARY 17: A sign on a the front of a building warns residents to filter their water January 17, 2016 in Flint, Michigan. U.S. President Barack Obama declared a federal emergency in Michigan, which will free up federal aid to help the city of Flint with lead contaminated drinking water. Michigan Gov. Rick Snyder requested emergency and disaster declarations after activating the National Guard to help the American Red Cross distribute water to residents. (Photo by Bill Pugliano/Getty Images)

FLINT, Michigan  — If Dr. Mona Hanna-Attisha hadn’t had a friend over to dinner in August, the public might still be in the dark about the lead contamination poisoning the water supply in Flint, Michigan.

Her friend was a water expert who had worked for the Environmental Protection Agency when the District of Columbia encountered similar issues there more than a decade ago.

When she told Hanna-Attisha that she had heard the city of Flint wasn’t doing “corrosion control” to prevent lead in aging pipes from leaching into the water supply, the doctor didn’t need to be told twice about the gravity of the potential consequences.

“When pediatricians hear anything about lead, we absolutely freak out,” says Hanna-Attisha, director of the pediatric residency program at Hurley Medical Center, a public hospital in Flint.

“Lead is a potent known neurotoxin. The CDC, the AAP, everybody tells us that there is no safe level of lead,” she says, referring to the Centers for Disease Control and Prevention and the American Academy of Pediatrics.

Lead poisoning affects “your cognition and your behavior. It actually drops your IQ,” she says.

“The very next day I started our crusade to see if that lead in the water was getting into the bodies of children,” says the doctor-turned-campaigner who became the first to sound the alarm about the water crisis afflicting the struggling city.

Through her work, Hanna-Attisha already had heard complaints from Flint residents since officials switched the city’s water supply from Lake Huron to the dirty Flint River in April 2014 as a cost-cutting measure.

The water was brown, and it smelled and tasted bad. Residents reported developing rashes and eye irritations, and had been advised to boil their water because of the presence of E. coli.

The prospect of lead in the water made her realize urgent action was needed. Her response, she says, was to undertake “the easiest research project I’ve ever done.”

The hospital routinely screened children — who are most vulnerable to lead exposure — at ages 1 and 2 for the substance, monitoring levels among infants who may have ingested the neurotoxin through eating paint chips in their homes, for example.

Her research involved comparing the lead levels in samples taken before and after the switch in the water supply.

What she found was incontrovertible.

The percentage of children in Flint with lead poisoning had doubled, she says.

“In some neighborhoods, it actually tripled. (In) one specific neighborhood, the percentage of kids with lead poisoning went from about 5%, to almost 16% of the kids that were tested,” she says.

“It directly correlated with where the water lead levels were the highest.”

The findings went against trends across the country, which had seen lead levels dropping every year.

“Our mouths were ajar, and we couldn’t believe that in 2016 now, in the middle of the Great Lakes, we couldn’t guarantee a population access to good drinking water,” she says.

Flint is about 70 miles from the shores of the Great Lakes, the largest group of freshwater bodies in the world.

Having uncovered the shocking data, Hanna- Attisha took the unconventional step of sharing the findings at a September press conference, flanked by medical colleagues.

“We had an ethical, professional, moral responsibility to alert our community (to) what was going on.”

The news understandably created a big splash — but an equally large backlash.

“We were attacked,” Hanna-Attisha recalls.

She was labeled an “unfortunate researcher” and accused of causing hysteria. Critics said her figures did not line up with the state’s findings.

Even though General Motors stopped using the city’s water supply because it was corroding engine parts, the official reaction, Hanna-Attisha says, was one of “denial, denial, denial.”

The criticism, she says, took its toll.

“I was physically ill. I think my heart rate went up to 200. You know, you check and you double-check, and you know your research is right. The numbers didn’t lie, but when the state is telling you you’re wrong, it’s hard not to second-guess yourself.”

A turning point came, however, through a conversation with a state health official who reached out, asking how she had come to her findings.

“They re-looked at their data and found, ‘You know what? Our findings are consistent with your findings,’ ” she says.

Now Hanna-Attisha is working with former critics to address the crisis. “The state has apologized,” she says. “I’ve accepted their apology.”

Attempting to mitigate the impact of an irreversible neurotoxin on a community requires a complex response — one that a financially struggling city such as Flint is poorly equipped to provide.

“There’s no treatment, but there’s a lot of things that we can put in place for these children,” Hanna-Attisha says, citing universal preschool, nutrition, education and health services.

“It’s all of these wraparound services that we need to throw at these children now. That is why I feel that we’re in a state of emergency, because if we don’t intervene now, if we don’t throw everything at these kids now, we will see these lifelong, multigenerational consequences.”

She says she feels an obligation to the children of Flint, a city of 100,000, which, even before the water crisis, “had every disparity in the world.”

The past three decades have been rough for the blue-collar city, which has experienced a drop in population and rise in violent crime since auto plants began closing in the 1980s. Local officials say about 40% of residents live in poverty. Fifteen percent of homes are abandoned. The city doesn’t even have a grocery store.

“Every single obstacle for our children’s success was already here,” she says.

‘My job is the kids’

Now the scandal has been brought to light, the political finger-pointing has begun in earnest to determine who should take responsibility.

“Accountability’s important,” says Hanna-Attish, adding that she looks forward to people being held responsible. “But that’s someone else’s job. My job is the kids.”

Surprisingly, her experience fighting for vulnerable children — weathering criticism and taking time away from her own two daughters — hasn’t left her jaded or weary.

“I am reinvigorated. My job, as a pediatrician, is to take care of that kid in front of me, but to make sure that they have the brightest future ahead of them,” she says.

“We owe it to these kids to make this better. I may be an optimist, too much of an optimist, but we have to try hard to mitigate this exposure.”