Richmonder climbing to the mountaintops, spiritually and physically 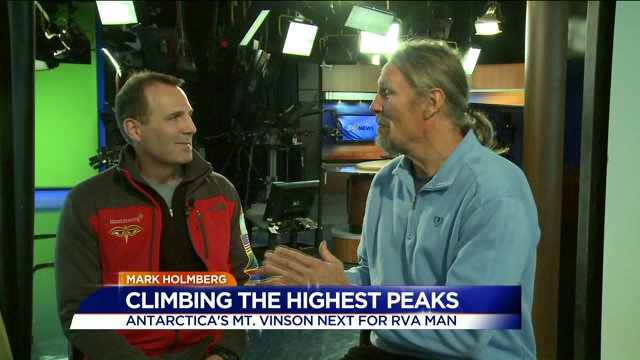 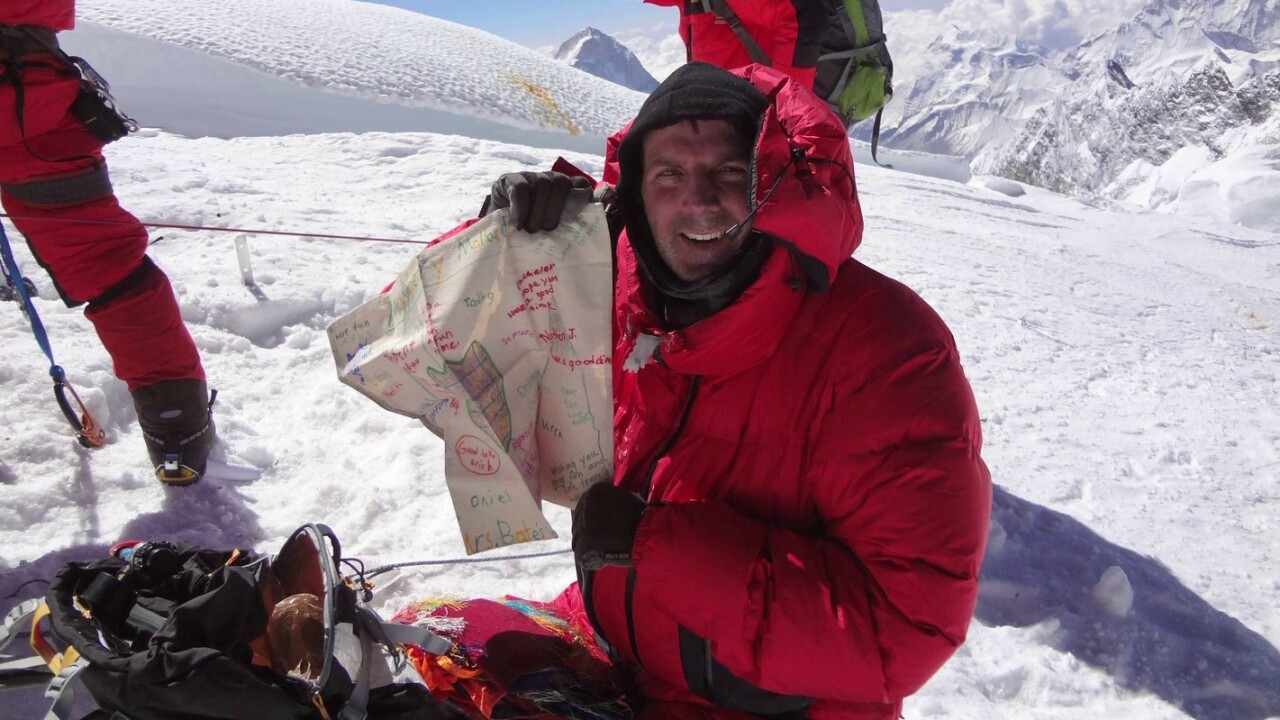 RICHMOND, Va. -- In the world of inspirational language, few actions have as much traction as mountain climbing.

We're told to keep climbing, to strive to reach our peak, to make it to the mountaintop.

Richmonder Jeff Reynolds, a part-time inspirational speaker, knows all about this.

He is one peak away from what only a select-few humans have accomplished: Climbing the tallest mountains in all seven continents.

Next up, later this year, Mount Vinson in Antarctica.

But for Reynolds, the enforcement director for the state's Department of Environmental Quality, it's not about a number.

"You put me on a mountain, I'm a really happy guy," he said.

"What I find on a mountain that I can't find anywhere else is this really raw connection to earth, to the landscape, to the mountain itself.”

"A lot of times we insulate ourselves, I think, from our environment, with our cell phones, our desks, our jobs, and we forget what it's all about. But I think we're all craving this connection," he added.

He started rock climbing at 14 and just kept going up. Now he's 50, working in his off time as a mountain-climbing guide and then spending his savings, with the help of his sponsors, climbing no-name peaks no one has climbed before.

"Exploration climbing to me is really at the heart of what I love most about climbing. It's not necessarily just an exploration of the peak, it's also, I think, a discovery of what's in all of us. The mental, the physical challenges that go along with that. You can redefine yourself with it. You're really reaching deep to get to the top of something."

Attempting to complete the seven peaks/seven continents mountaintop is a happy destination in his climbing life. But it hasn't been his driving force, said Reynolds, who uses his mountaineering experiences when he gives motivational talks, particularly to young students.

"Don't put any limitations on your life," Reynolds said. "I was an enlisted soldier; I didn't come from any family money or big family name. I milked cows when I was in high school in the upper Midwest. I dreamed about what mountains might look like. And here I am climbing the seven summits.

"What are the possibilities if you knew you couldn't fail," Reynolds added. "What would you do?"

Watch our video interview with Reynolds as he touches on the challenges, the commercialization and the dangers of high mountain climbing.

It is the most dangerous sport, if you can call it that. Some of the most perilous peaks have a 20 percent fatality rate, meaning for every 100 whom actually reach the summit, 20 die trying.

But Reynolds said some of those fatalities occur because too many are going up for the wrong reasons.

There are "people in the climbing community that are looking for that trophy," he said of being able to say you've reached the peak of Everest, for example. "They're not necessarily looking at climbing in the sense of (personal) discovery."

Some of the disasters are caused by "failures in judgment. Sometimes that's not the mountain's fault - that's peoples' fault."