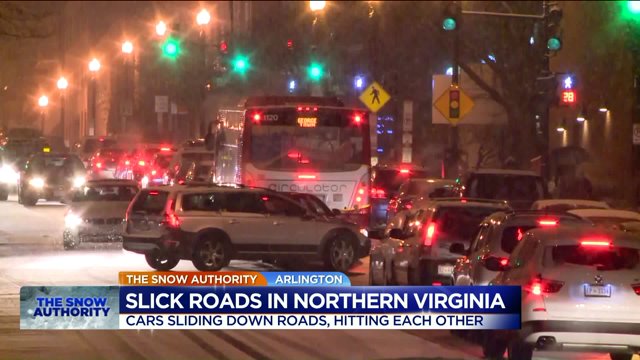 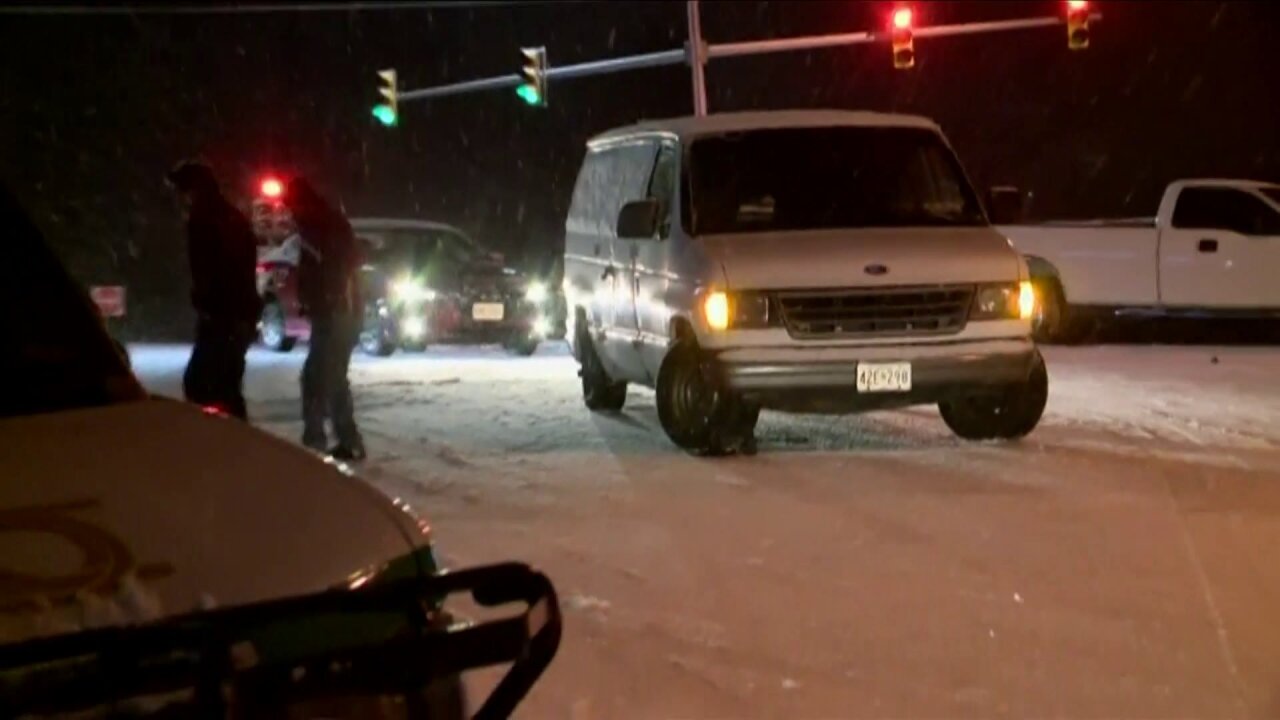 "Virginia State Police troopers in Northern Virginia worked overnight moving as quickly as they could to investigate and clear crashes and disabled vehicles," Virginia State Police spokeswoman Corinne Geller said. "Troopers’ shifts were extended and troopers called out early in an attempt to keep up with the demand for calls for service."

One trooper investigating a crash on I-95 in Prince William County was struck by another vehicle that slid out of control. That trooper was not injured, Geller said.

"The bulk of the crashes began in Southwest Virginia Wednesday morning due to the very first wave of snow coming through," Geller said. "The second wave then impacted Western Virginia along the I-81 corridor by mid-afternoon, and made its way to Northern Virginia by 5:30 p.m."

State Police offered the following advice to drivers during this winter storm:

"Motorists are also asked NOT to abandon their vehicles in the roadway as this causes even more delays and prevents VDOT trucks and other emergency vehicles from being able to move through the area," Geller said.

Snow will develop Friday morning and become heavy at times throughout the day.

Some sleet and freezing rain will mix into the region, mainly across far southeast Virginia, but even as far north and west as Richmond.

Most of the metro area will receive at least 8″ of total snow, with over a foot across northern and western sides of the metro. One to two feet of snow is likely across a wide swath of counties in central, western, and northern Virginia, with some locations receiving over two feet.

The snow will come to an end Saturday evening, with mostly sunny and cold conditions on Sunday.