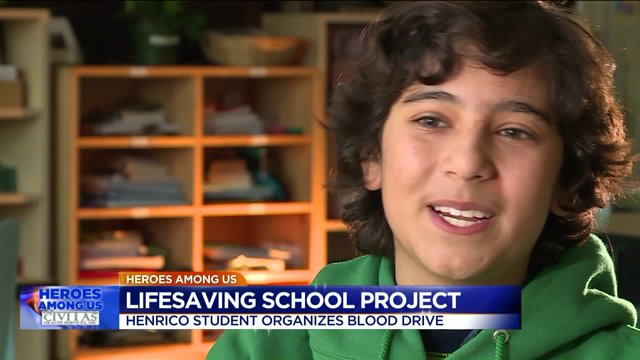 Greg McQuade introduces a Hero Among Us. 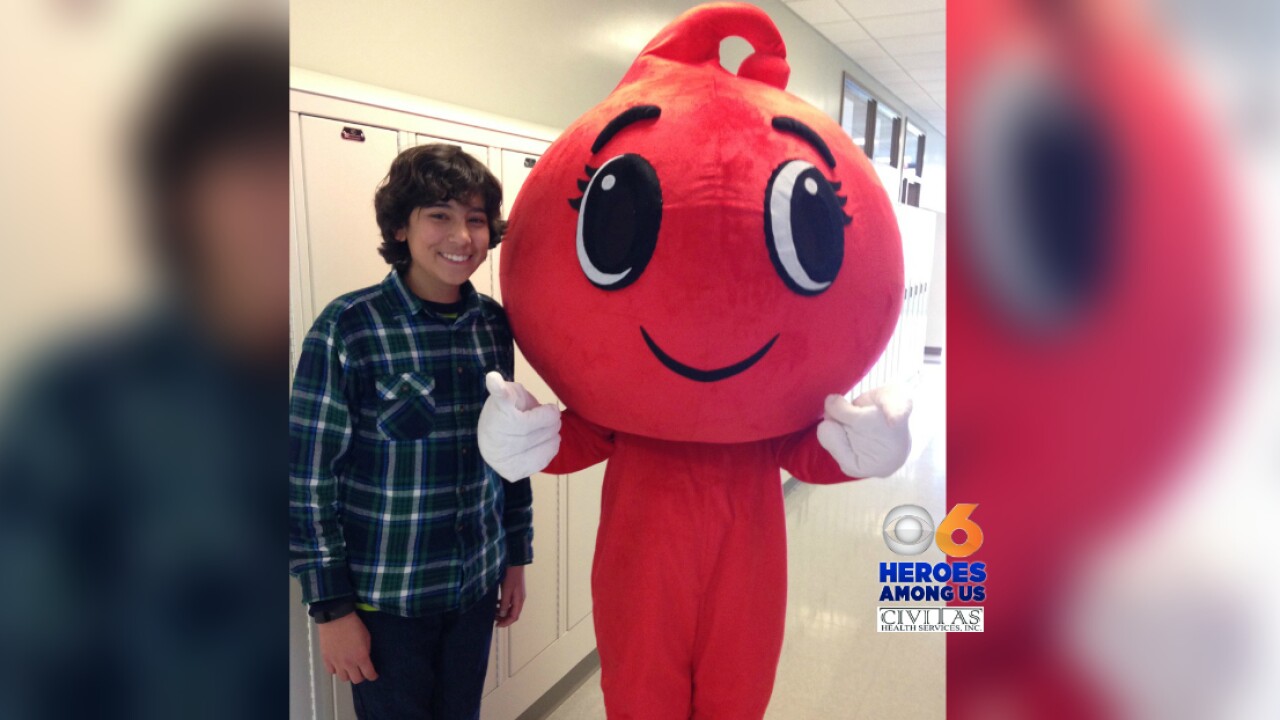 HENRICO COUNTY, Va. -- When a Virginia Blood Services van rolled into the parking lot of Richmond Montessori School in Henrico recently, it was like a life-saving show and tell on four wheels. Dr. Harinder Dhindsa knows first-hand the benefits of donating blood because he works in the E.R. at VCU Medical Center.

While Dr. Dhindsa participated in the blood drive, the good doctor was not the driving force behind this blood drive. That title was reserved for a pint-sized planner named Dylan. Dylan, an eighth grader at Richmond Montessori, hatched a blood drive on campus as part of his required community service project.

"I learned that you should do what you can to help people in need no matter how hard it is," Dylan said.

For Dylan, the numbers were startling.

"Every person that donates, it can save three lives," he said.

For two months Dylan balanced schoolwork and planning to make this day a reality.

"It was a lot of work, but it was really fun," Dylan said.

The urge to help others runs through Dylan's veins.

His mom, Rachel, is a nurse at VCU Medical Center. His father is the aforementioned Doctor Dhindsa.

The 13-year-old student tends to shy away from the spotlight while giving much of himself every day.

"He is just one of those well-rounded, phenomenal human beings," Grainne Murray, Head of School at Richmond Montessori, said. "It exemplifies the Montessori kids we have here of how they do see outside of themselves and how they have global perspective and understand needs of others are greater than the needs of themselves."

Dylan has delivered food to the homeless and cared for shelter animals. Now he can add life-saver to his resume.

"But the real heroes are the ones who are donating blood because they are giving of themselves for somebody else," Dylan said.

Nearly 30 people lined up to donate. Which means 90 lives could be saved.

Dylan may be too young to roll up his sleeve at his own blood drive, but he has proved spreading kindness is ageless and always good to the last drop.

"It felt really good to know that I will be helping someone in need," he said. "Help a lot of people in need."