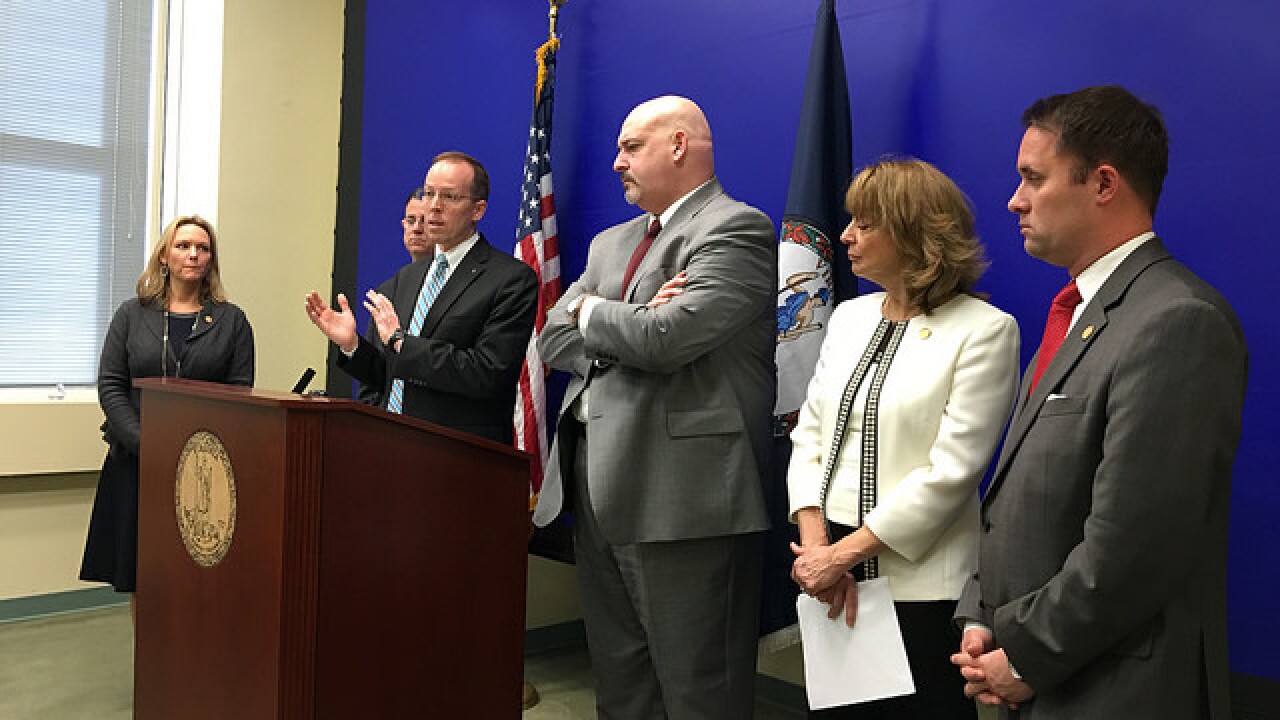 Dels. Rob Bell of Albemarle and Todd Gilbert of Shenandoah – both Republicans – said Thursday that their proposals would impose tougher penalties for habitual domestic violence offenders while empowering women with methods that protect them during vulnerable moments.

Bell is sponsoring House Bill 609 and HB 610, which he hopes will deter abusers from committing repeat offenses. The bills would make assault and battery resulting in bodily injury and stalking of a person protected by a protective order a Class 6 felony.

Under the current law in Virginia, when an individual obtains a protective order that is then later violated, the penalty is a Class 1 misdemeanor, which carries a mandatory one-day minimum sentence. A Class 6 felony carries a mandatory minimum term of confinement of six months.

“We also want to change the laws for stalking,” Bell said.

“The issue with stalking that makes it hard is, at what point does it become stalking? What we are going to do is allow her (the victim) to tell him (the stalker), ‘I don’t want you to contact me; I don’t want you to follow me.’”

If an individual continues the behavior after being told to stop, Bell’s proposal would define that as sufficient evidence that the person intended to place the other person in fear.

“This is a comprehensive effort to address the most serious offenders – the offenders who are most likely to represent a threat to the women in the commonwealth. By relegating them to the status of felon, we actually will improve the ability to protect women,” Gilbert said.

Gilbert is proposing a zero-tolerance approach regarding assault and battery against a family or household member. His legislation – HB 765 – would punish first offenders at the same level as individuals with prior convictions.

This bill would directly contest Virginia’s first offender statute for domestic violence. Under this existing law, a judge may find evidence sufficient for a conviction, but the conviction is entered only if the defendant violates the terms of his probation.

“Having this be the standard disposition, which is what it has become in most courts in the commonwealth, is just wrong,” said Gilbert, a former prosecutor.

Gilbert also is sponsoring HB 768, which would provide funding for firearms safety or training courses for victims of domestic violence, sexual abuse, stalking and family abuse.

The bill would allow the Virginia Department of Criminal Justice Services, using the Virginia Sexual and Domestic Violence Victim Fund, to reimburse entities that offers such training for free to abuse victims.

“But we will see what the governor does. This one is where we might be able to get a consensus,” Bell said.

Gilbert ended by saying, “We wouldn’t be doing this if this wasn’t a serious effort with funding to back it up.”