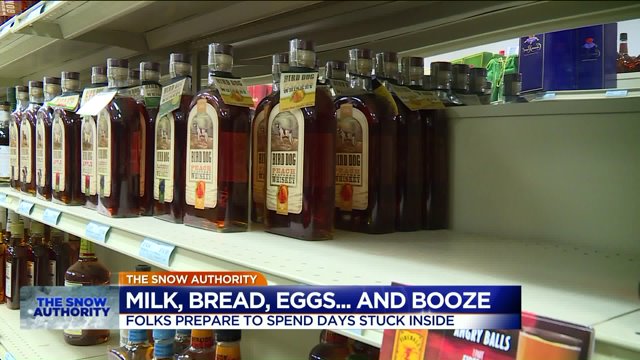 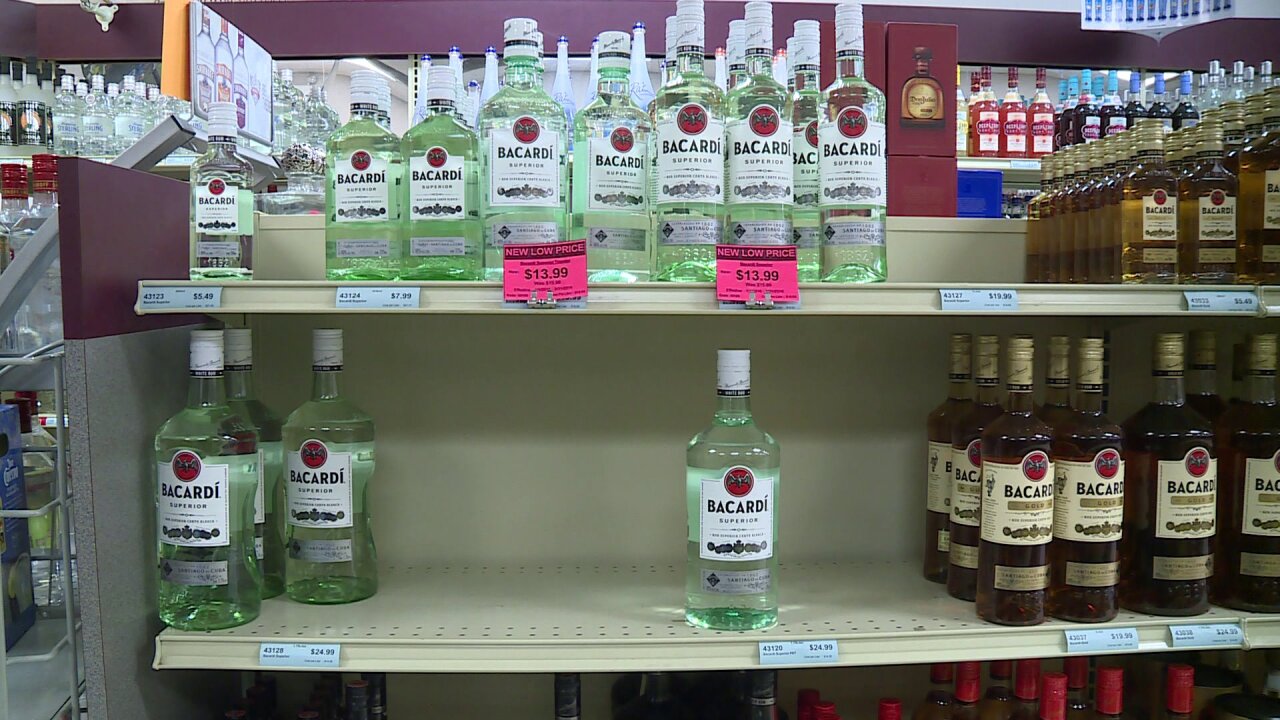 HENRICO COUNTY, Va. -- As the impending winter storm moves closer and closer, everyone seems to be stocking up on a few essentials, including alcohol.

“Alcohol keeps you warm, not so much bread or milk,” said Danielle Myrick, who bought six mini bottles of Pineapple flavored liquor at the ABC store on West Broad Street Thursday night.

CBS 6 reporter Melissa Hipolit found shelves at the ABC store in Willow Lawn empty, and business bustling there and on West Broad Street.

“Just in case I get stuck inside I wanted something to do while I’m being productive cleaning and catching up on Netflix,” John Pineda, who bought a bottle of Irish Whiskey to put in his coffee, said. 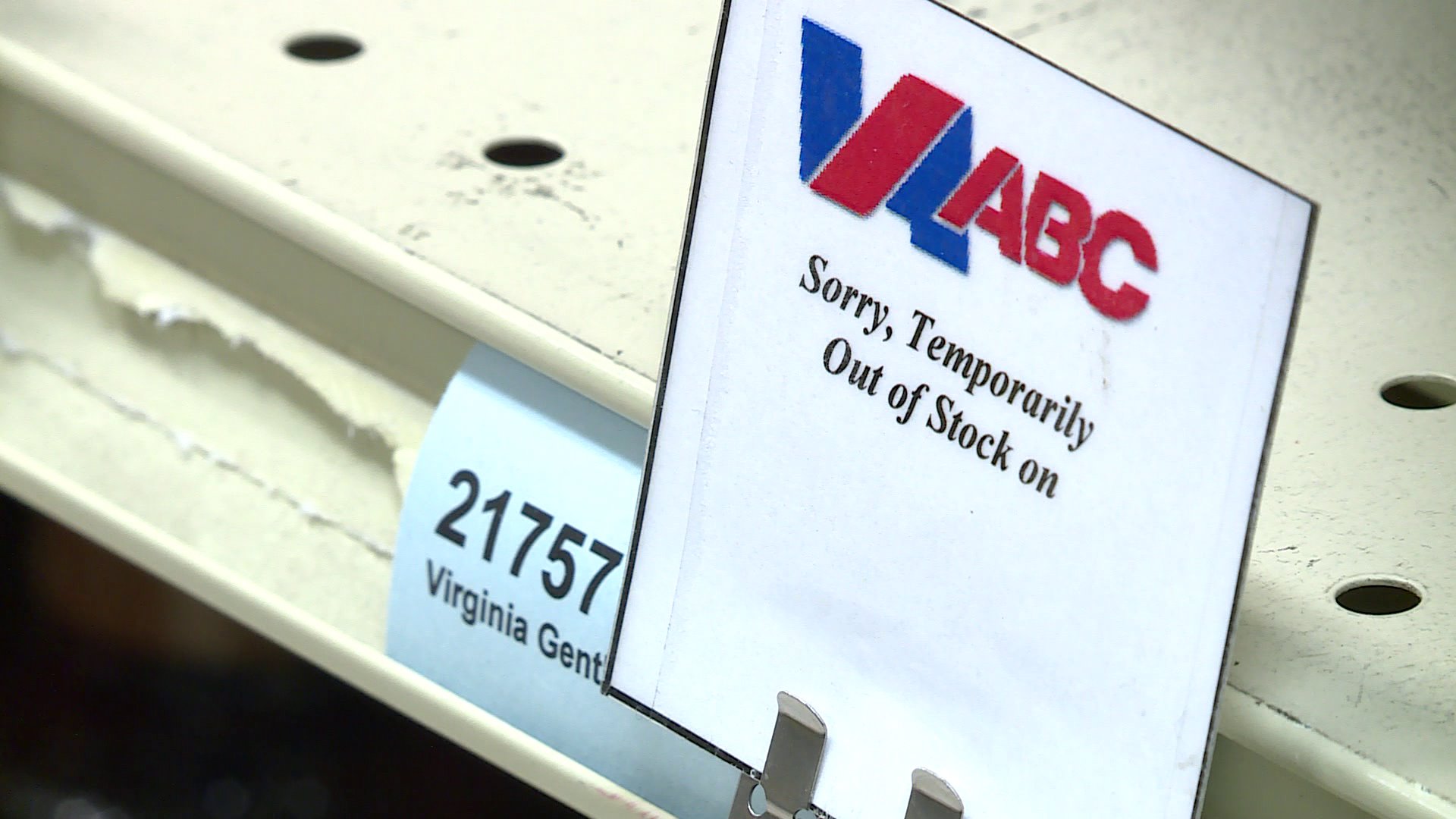 A VDOT spokesperson said their goal is to have the roads passable within 48 hours after the storm ends. That could mean people won’t get out until Monday, which was surprising news for Franco Perrone and Jessica Curran.

They just flew in from Jamaica, and said they learned about the storm 15 minutes prior to speaking to CBS 6 at the airport.

“Socks and sandals just in case it’s a little cold,” Perrone said while showing off the t-shirt and shorts he was sporting.

An airport spokesperson said two flights are cancelled for Friday already, and they expect many more as the day goes on.

The Governor issued a state of emergency Thursday, which means the Virginia National Guard could be called upon to help if necessary.