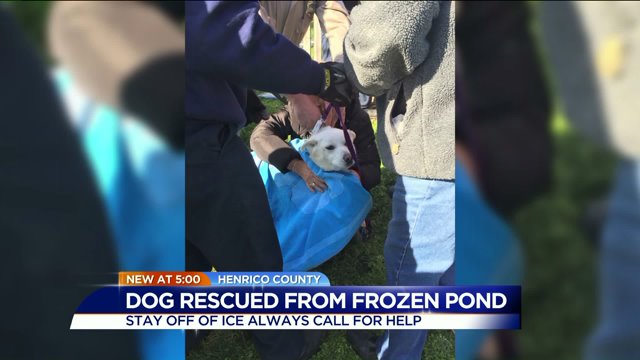 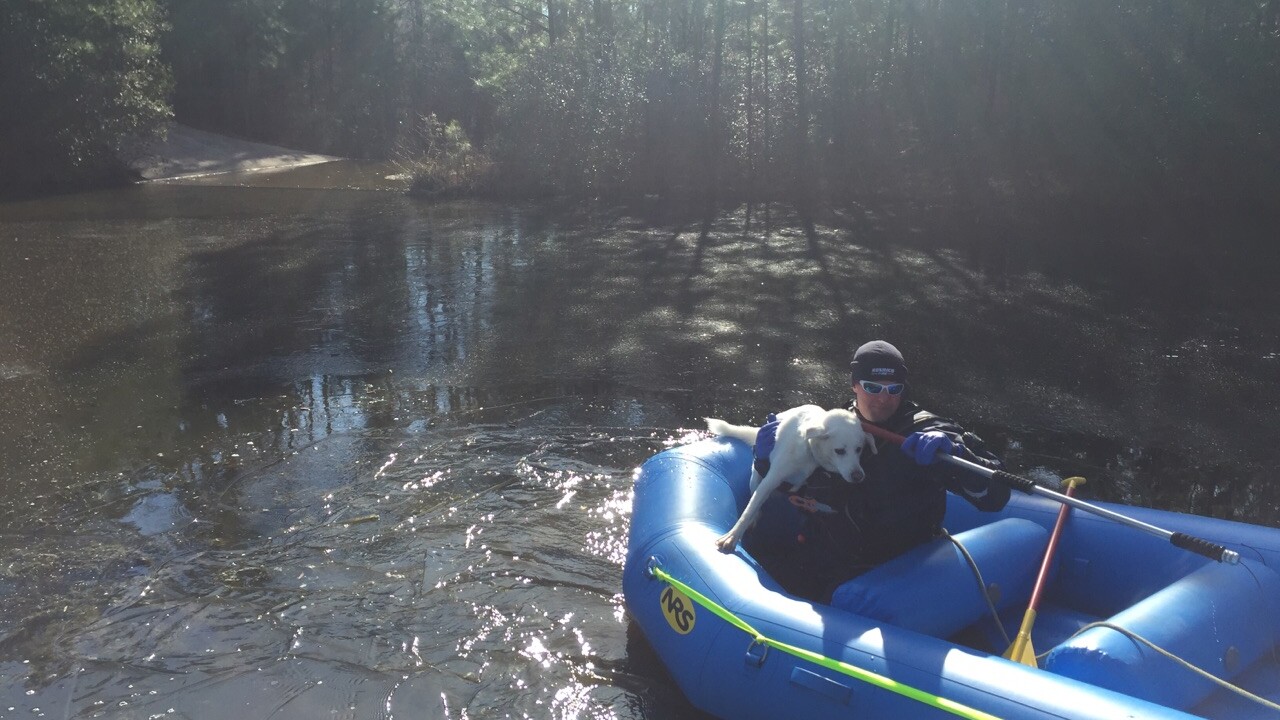 There are several ponds in the Twin Hickory neighborhood in Short Pump. The dog wandered out onto the pond near Saddleridege Court.

The rescuers used a blue raft to get to the dog, who was near the middle of the body of water, which was frozen in parts.

The animal was pulled into the boat with the help of a rope and leash.  Once in the boat the rescuers were able to calm the dog.

It was wrapped in blankets to help knock off the chill. Rescuers said the dog will be okay.

The situation was reported just after 10 a.m. and was marked under control 30 minutes later.

"It is important to remember that you should never try and go out on the ice to retrieve a pet," said Henrico Fire Cpt. Danny Rosenbaum. "The ice may be strong enough to hold the pet’s weight, but may collapse under a person’s weight."

Every day, about 10 people drown in the USA, according to the Centers for Disease Control and Prevention.

Of these deaths, two are children ages 14 or younger. Among the latter group, drowning is the second leading cause of death after motor vehicle accidents.

"Nearly 50 % of ice related drowning occurs from someone trying to rescue a pet or another person," Rosenbaum said.

If someone has fallen through the ice, call 911 immediately.  From the shore rescue attempts can be made by trying to reach out to them with a pole, stick, ladder or similar items.  Items like a rope, hose, or extension cord can be thrown to them to pull back into the shore.  Encourage them to spread their arms in front of them, kick their feet to push themselves up onto the ice, and roll to safety.