Bills would ban conversion therapy for minors in Virginia 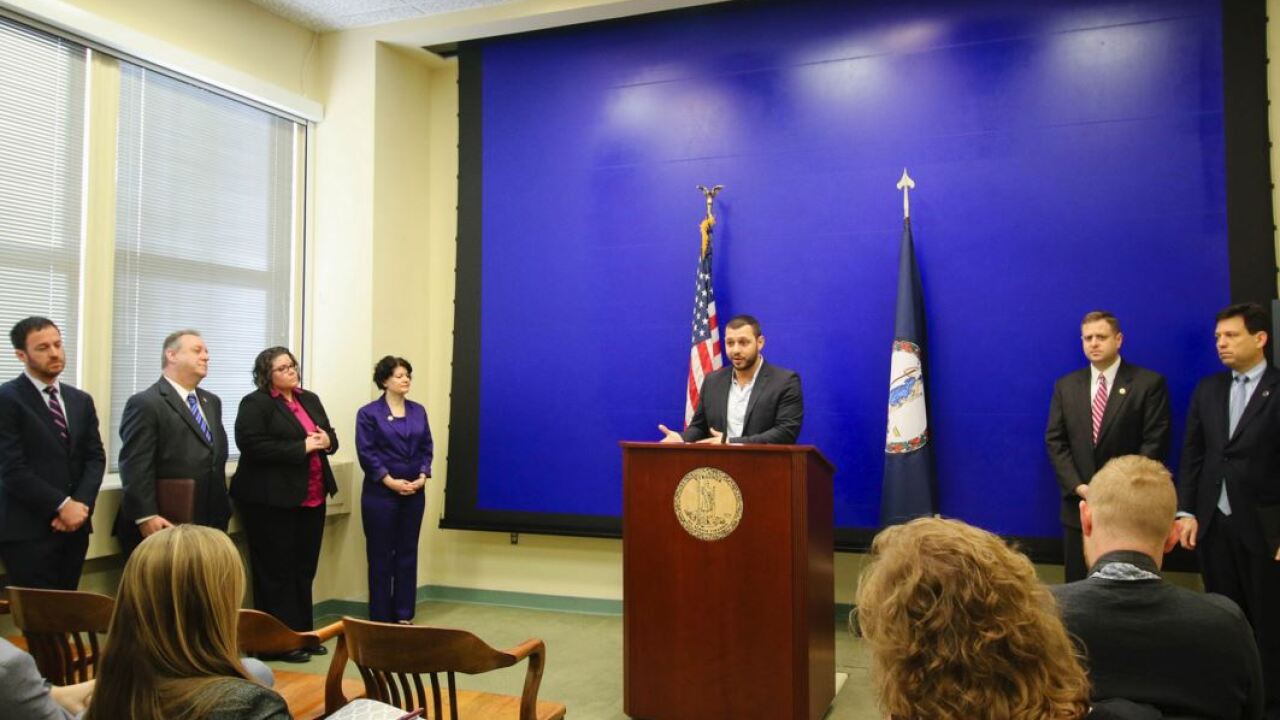 RICHMOND, Va. — With confidence and high spirits, Democratic lawmakers and gay rights advocates on Monday kicked off their third consecutive year of fighting for an end to conversion therapy for minors in Virginia.

The controversial treatment, also known as reparative therapy, is aimed at turning homosexuals into heterosexuals and is based on the view that homosexuality is a mental disorder. Conversion therapy is also performed on those questioning their gender identity.

“This is snake oil,” Del. Patrick Hope, D-Arlington, said. “Conversion therapy can’t work, it never has worked, it’s not based on any science whatsoever. The physicians, the medical community – they have told us that. This is damaging to minors, specifically to minors.”

The practice is currently legal in Virginia. It is banned in Washington, D.C., and four states – most recently in New Jersey, with the support of Republican Gov. Chris Christie.

In recent years, conversion therapy has been denounced by several mental health organizations, including the American Psychiatric Association. A 2010 study at San Francisco State University concluded that LGBTQ youth who experienced rejection of their identity by their family were on average eight times more likely than other adolescents to attempt suicide.

For the General Assembly’s current session, which began last week, Hope has filed House Bill 427, which would prohibit health care professionals in Virginia “from engaging in conversion therapy with any person under 18 years of age.”

Two similar bills have been filed in the Senate: SB 262, by Sen. Scott Surovell, D-Mount Vernon; and SB 267, by Democratic Sens. Rosalyn Dance of Petersburg and Donald McEachin of Richmond.

Hope and Surovell held a press conference Monday, saying their bills would protect minors from a therapy that many medical experts see as harmful. The legislators said their goal is to protect children who are not mature enough to choose the treatment for themselves.

“If this were adults that were consciously choosing to go through this kind of therapy, to some extent to me, that’s a little different,” Surovell said. “But this (conversion therapy) is largely applied to children.”

The two Democrats said they hope to reach across the aisle on this issue in the 2016 legislative session.

“If you do support protecting children, there’s no reason this should not pass,” Hope said. “I’m hopeful and cautiously optimistic that this is the year where this law finally passes.”

Speakers at the news conference continually referred to conversion therapy as a form of consumer fraud – the same rationale for making it illegal in New Jersey. Hope called the therapy “fraudulent, a hoax, anti-consumer.” Surovell added, “To me, this is akin to bleeding people to cure them of a fever – to putting leeches on people’s bodies.”

“No ethical licensed professional would agree to counsel with an adolescent client who was being forced into therapy,” the organization stated. “No one is asking or expecting contented gay citizens to change anything. The freedom of a gay teen to choose a therapist that honors his or her goals and values is unchallenged.”

Matthew Shurka would dispute that. Originally from New York, he underwent conversion therapy from age 16 to 21 in four different states, including Virginia, because his father objected to his sexual orientation.

Shurka now travels the country as an advocate for ending conversion therapy. At the press conference, he questioned how much freedom adolescents truly have when it comes to the decision to undergo such treatment.

“Minors who love their parents and trust their parents are being brought to state-licensed doctors who say they can cure them of homosexuality,” Shurka said. “And children then go into it, like myself, and give it their best to cure this, so they can be loved by their family and loved by their community and accepted, which is what every child really wants.”

Shurka, now 26, has stated in interviews that he has forgiven his father for reacting to his homosexuality with conversion therapy. He believes conversion therapists play on parents’ fears.

Banning this type of therapy should not be a partisan issue, Shurka said.

“It’s not about Republicans and Democrats; it’s not about party lines,” he said, “It’s about having workability for an entire population, for an entire state, for all Americans to be able to live together and be safe. Not a single medical curriculum in the country teaches conversion therapy.”

“It’s amazing to me that in year three, we are still talking about this bill,” he said. “Youth who undergo conversion therapy kill themselves. It’s that simple. Anyone in the General Assembly who says they support child safety or children should support these bills.”

Surovell and Hope said they hope that this will be the year their bills make it into law. Legislation banning the therapy died last year in committee on a 7-8 vote.

“This is the third year in a row, and in regard to gays and lesbians, hearts and minds are changing on a daily basis,” Surovell said. “Every year, I see more and more crossover votes on this issue.”