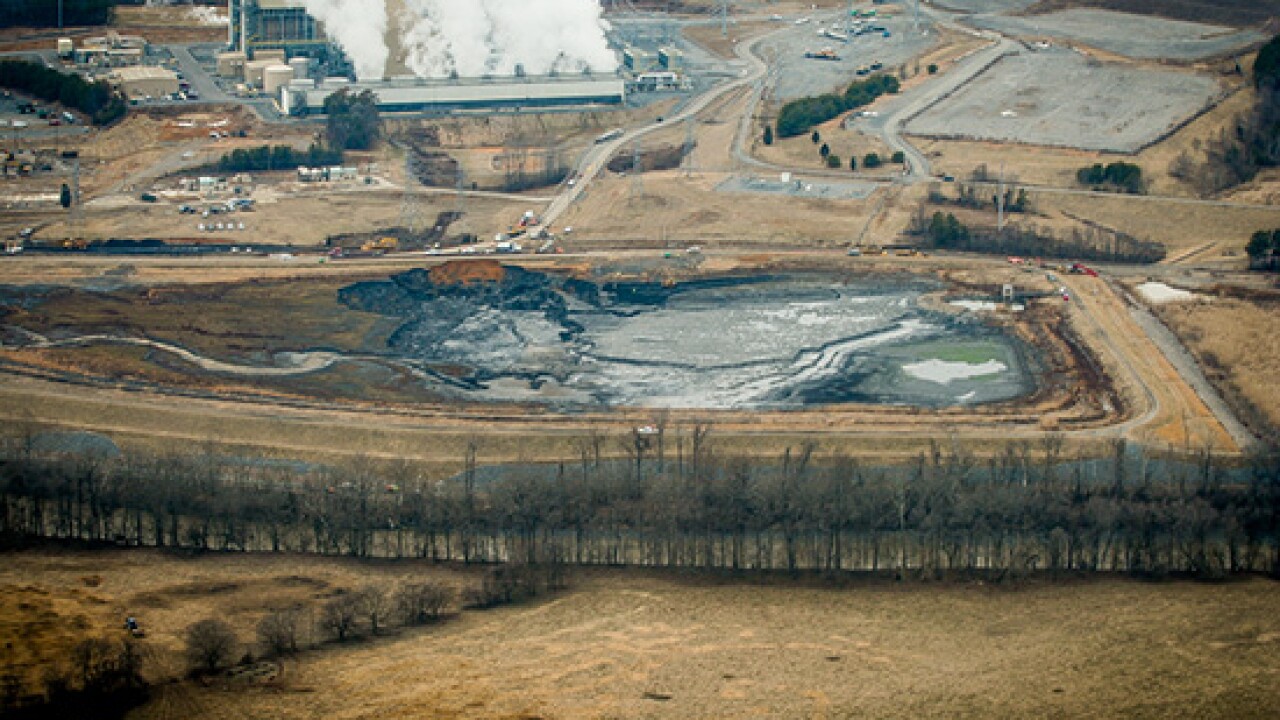 RICHMOND, Va. — A procession of more than 100 disappointed citizens filed out of a Virginia State Water Control Board meeting late Thursday afternoon after the agency approved permits for Dominion Virginia Power to begin draining water from coal ash ponds on sites in Fluvanna and Prince William counties into the James and Potomac rivers.

Over the past few months, the permit applications have stirred opposition against Dominion Virginia Power by local and regional environmental groups such as the James River Association and the Southern Environmental Law Center. Although Thursday’s meeting was brimming with opponents to the plan, the board approved the permits supported by the Virginia Department of Environmental Quality.

He said Dominion’s plan was unsettling to more than just hard-core environmentalists.

Surovell suggested that the board consider delaying its decision to allow further study into harm that water from draining coal ash ponds might pose to the creeks and rivers – especially Quantico Creek, which is already impaired due to high concentrations of nickel in the creek bed.

The controversy even drew attention from outside the commonwealth.

The Maryland Department of Natural Resources submitted a comprehensive letter to Virginia’s DEQ that contested Virginia’s standards for heavy metal concentration concerning the protection of the shared waters of the Potomac River.

Approval of the permits allows Dominion to begin discharging water immediately from coal ash ponds at Bremo Power Station, roughly 50 miles upstream of Richmond on the James River, and the Possum Point Power Station, located 30 miles south of Washington, D.C., at the confluence of the Potomac River and Quantico Creek.

Coal ash is the problematic residuum left over from burning coal and is commonly stored in retaining ponds generally on site of coal burning power plants. Potentially toxic concentrations of heavy metals inherent to coal ash include arsenic and mercury.

Cathy Taylor, Dominion’s director of Electric Environmental Services, ensured the board of her company’s consideration for human and environmental health. Before the vote, she said Dominion’s plan met all applicable laws and U.S. Environmental Protection Agency regulations.

“This approach complies with all current federal and state regulations, including the newly promulgated EPA rule,” Taylor said.

Board member Roberta A. Kellam cast the sole dissenting vote on both permit approvals. She expressed concern over the complexity of the issue and said there should be more time for review and public comment.

The permits are the first step in Dominion’s plan to close 11 coal ash ponds sited on four power plants around the state at an estimated cost of $325 million.

Once the approximately 500 million gallons of contaminated water is treated and drained from these two sites, the utility must obtain further permits to bury the remaining solid coal ash with layers of protective lining, soil and vegetation.
Last September, federal regulations from the EPA set new pollution limits concerning the discharges from electric power plants into the nation’s waterways. That forced state utilities across the U.S., including Dominion Virginia Power, to reconsider their disposal of coal ash.

Most Dominion Virginia Power plants, including the sites at Bremo and Possum Point, have been converted from coal to natural gas and therefore no longer produce coal ash. Permits for draining coal ash ponds at the Chesapeake Energy Center and the coal-burning Chesterfield Power Station will be considered later this year.