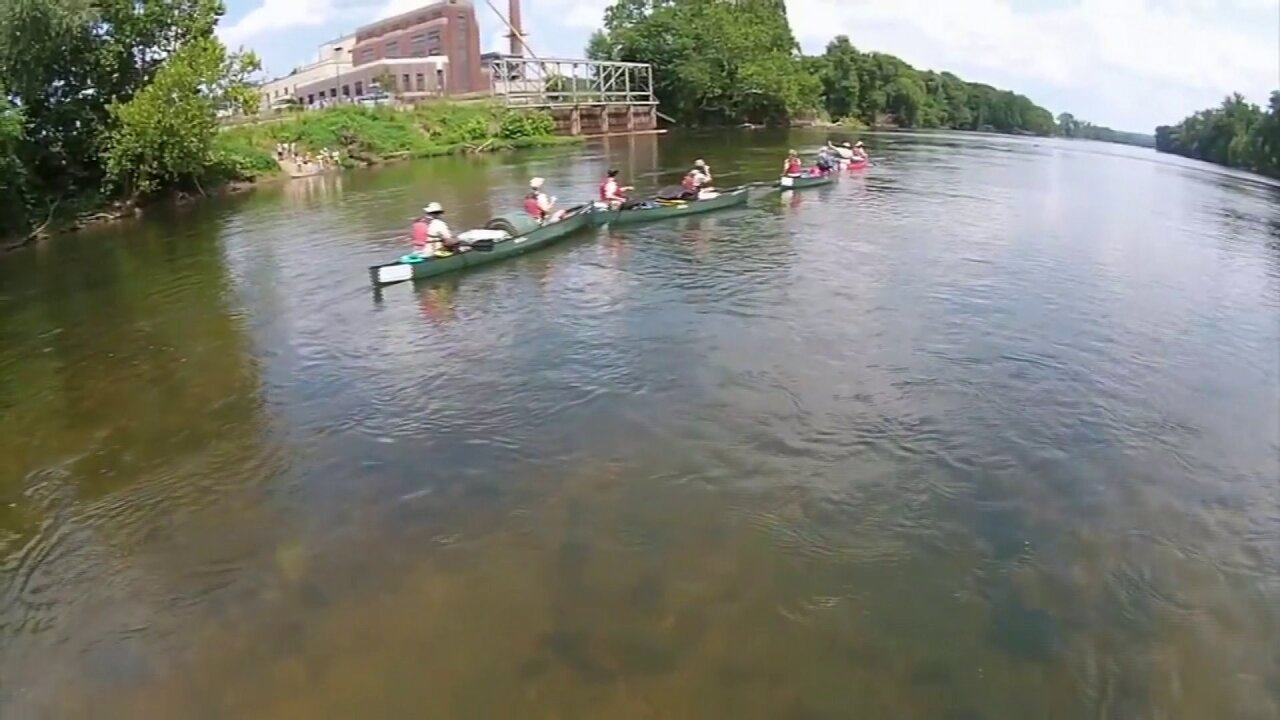 RICHMOND, Va. – After months of debate and revision, a state regulatory board approved a proposed permit that will allow Dominion Virginia Power to discharge coal-ash wastewater into the James River.

Environmentalists and river advocates are on edge as the utility company stands poised to begin the process of closing its coal-ash ponds in the state, having mostly moved away from burning coal.

Dominion and the Department of Environmental Quality (DEQ) officials have both declared the plan is safe for humans and aquatic life.  Dominion maintains that there has been a lot of misinformation circulated about the process, that the permit is designed to protect the James and that the company, according to a spokesperson, “intends to fully comply with all state and federal requirements.”

Coal ash is the potentially toxic byproduct of burning coal, critics say, and it is made up of aluminum oxide, iron oxide and silicon oxide. It contains arsenic, mercury and other metals.

The dumping will take place over the next year and a half. The plan is that the wastewater will be diluted when it enters the James River.

The permit allows for a five and a half mile zone downstream of the discharge point before the water quality standards have to be met. This is considered the mixing zone.

Per the permit, Dominion isn’t required to treat the waste; they are required to meet the limits.

“The discharge permit lays out the water quality requirements, and it is Dominion’s responsibility to implement the treatment in a way that meets the permit,” said Bill Hayden, spokesperson for the DEQ.

Environmental groups believe the permit is too lenient concerning the allowed discharge of toxic metals and maintain that neighboring states have stricter standards.

“Arsenic is an example,” Hayden said. “North Carolina has water quality criteria for arsenic that are more stringent than those recommended by the U.S. EPA, which are the basis for Virginia’s criteria.”

The DEQ approved arsenic levels at 530 maximum mg/L for the Bremo permit, which McLane said is an improvement over the original proposal, but is still not ideal.

Groups like the James River Association (JRA) and SELC want the DEQ to rewrite the permit with stronger limits.

“We are particularly concerned because these so-called dewatering permits are the first of its kind in Virginia, and they could set a worrisome precedent for how the agency plans to deal with the problem of coal-ash wastewater throughout the Commonwealth,” said Tish Tablan, with SELC.

“In addition to concerns about pollution limits, the revised permit does not require restrictions on the discharge of coal-ash wastewater during low flow conditions when the impacts to the James River will be the greatest, and does not provide for sufficient monitoring terms to ensure that the James River and human health are protected,” said Bill Street, CEO for the JRA.

Dominion will take into consideration low-flow conditions to ensure that limits were set that would be protective of the river, according to company spokesman Robert Richardson.

“It is important to note that DEQ has issued thousands of permits like the Bremo permit over the years – all of them meeting Virginia’s lawful water quality requirements and protecting human health and the environment,” Hayden said.

The DEQ feels as though the water quality will be maintained by the established discharge limits, and by requiring the company to monitor the levels of pollutants.

Dominion will only be required to monitor monthly, according to Hayden.

He also conceded that it would be “theoretically possible” that a violation could occur, if there was an outlier situation – say a drought or discharge of an inappropriate level of pollutants, or both – that wasn’t noticed within a 30-day/monthly monitoring cycle.

If there is a violation, Dominion would have to cease discharging for the time and the event would be reported to the Environmental Protection Agency.

“But because of the way the permit is written, these things are accounted for…with dilution,” Hayden said. “Basically the idea behind this permit is that when you have one individual time where it goes over the limit, it doesn’t necessarily cause a problem.”

When asked if there could be potential human or aquatic harm from exposure to high levels of arsenic, (or lead, mercury, copper, chromium, etc.) Hayden said “a few hours of exposure arsenic isn’t going to be a problem.”

“Environmental groups don’t agree with our interpretation of the science,” Hayden said. “But we believe our position is the best one for the sake of the river and for people.”

“It’s a very limited process and it is very strictly controlled,” he added.

The public forum takes place at the State Water Control Board meeting starting at 1:30 p.m. on Thursday, Jan. 14 at the Department of Game and Inland Fisheries at 7870 Villa Park Drive.

Two permits on the table at Thursday’s meeting, one with public comment period

The meeting is expected to be well attended, as have previous public sessions.

The public forum takes place at the State Water Control Board meeting starting at 1:30 p.m. on Thursday, Jan. 14 at the Department of Game and Inland Fisheries at 7870 Villa Park Drive. The only people who will be given a comment opportunity are those people or organizations who already have participated in the comment process. If said person wishes not to speak, they can have the SELC or another organization speak on their behalf.

Earlier in the day’s agenda, the board will decide to grant Dominion a permit for Possum Point Power Plant in Prince William County to divert its coal-ash ponds into a nearby creek that is a tributary of the Potomac River.

You can read more about the Bremo coal ash permit here.

On Saturday, Jan. 9, swimmers and river advocates gathered to protest the plan to release coal-ash wastewater.

“I know that it is economically very challenging to not pollute and take care of that water, but as one of the richest companies with the most power – literally and figuratively – in the United States, we are asking Dominion to make the investment to not pollute at all,” said Laney Sullivan, who organized a “Gather for the James” demonstration prior to the vote, at Brown’s Island.

The Dan River catastrophe which made headlines after a leak in a 48-inch storm water pipe at a retired Duke Energy plant sent about 39,000 tons of coal ash and wastewater and up to 27 million gallons of basin water pouring into the Dan River, which flows into Virginia, is the source of fear for many.

Mariah Dudley said she swims in the James at least once a week in the summer months.

It certainly resonates with open-water swimmers like Mariah Dudley, who want to know the direct impacts of the dumping for those who swim weekly in the river.

“Open-water swimming isn’t just about racing, it is about embracing our surroundings,” she explained. “We are all very interested in protecting the James River.

“I’m not sure that I have that much confidence in a statement that it won’t add more pollution,” Dudley added.

The group of recreational, long-distance, open-water swimmers “are looking for the plan to be halted until we know more,” Dudley said, and they are calling for more transparency from Dominion and the DEQ.

“I have heard it is bad for swimmers, for plants, but the DEQ says it is safe, and we just want to know,” Dudley said.

The biggest impact will be felt near the plant and along the nearby stretch in Fluvanna.

“Richmond is downstream enough that if Dominion is complying with their limits, then it is hard to imagine that the impacts of this activity will be felt downstream,” McLane said. “Hopefully, you are protected, based on this amendment; we think there is a very low risk.”

Editor's note: This article previously stated "untreated" waste water based on multiple interviews. That word has been eliminated once Dominion posted details on their site that says: "We’re working with several firms that specialize in on-site wastewater treatment. Each site is being evaluated individually to select the best treatment process to protect the James and Potomac rivers and other waterways. This story will be updated as needed concerning treatment of discharge. "