Dozens of disoriented pilot whales stranded on beach in India 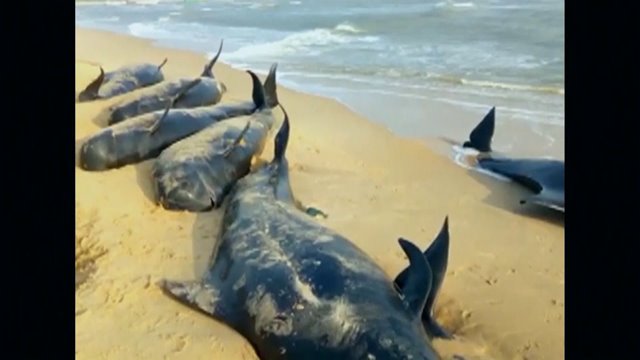 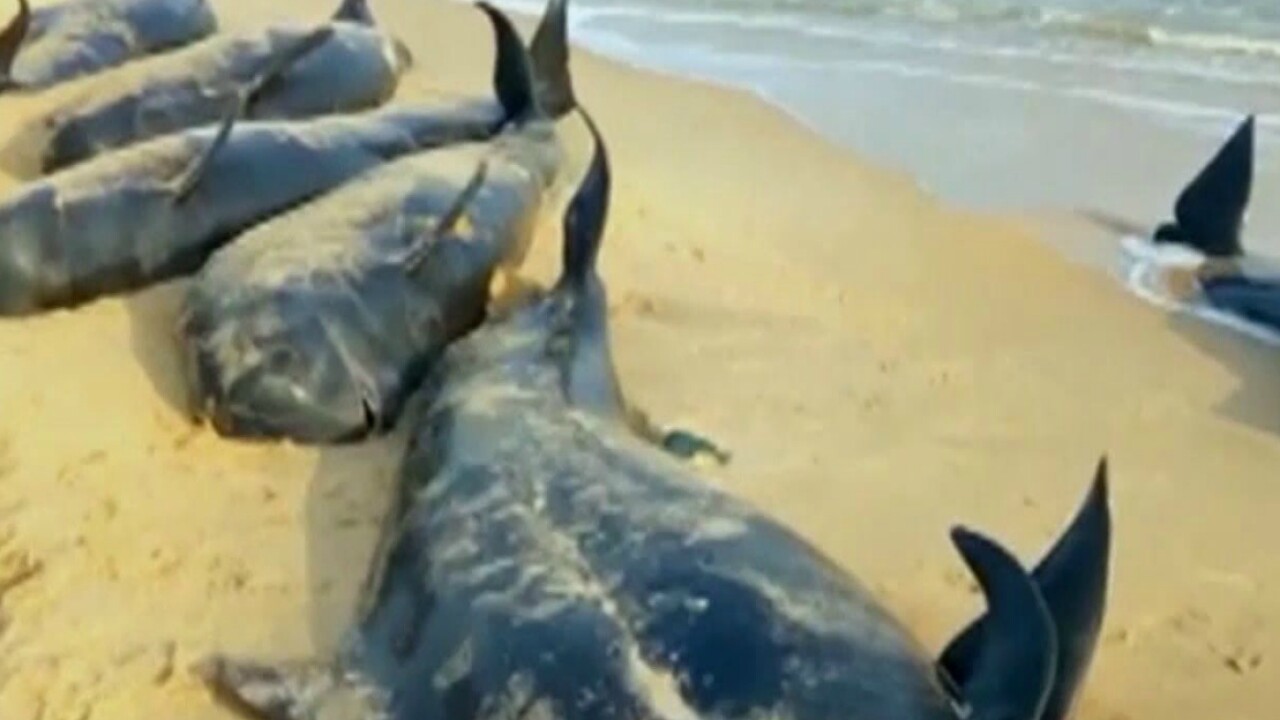 TUTICORIN, India -- More than 80 whales are stranded off the southern coast of India, according to officials in that country. A top government official in the port town of Tuticorin in Tamil Nadu state, said Tuesday that the short-finned pilot whales began washing up on beaches Monday evening.

He said that officials had rescued and taken at least 36 of the mammals back to sea, but that they appeared to be disoriented, with some finding their way back to the beach.

The official said that short-finned pilot whales travel in groups or pods, and that the absence of a leader confuses the group.