State of the Union: Barack Obama to sell optimism to nervous nation 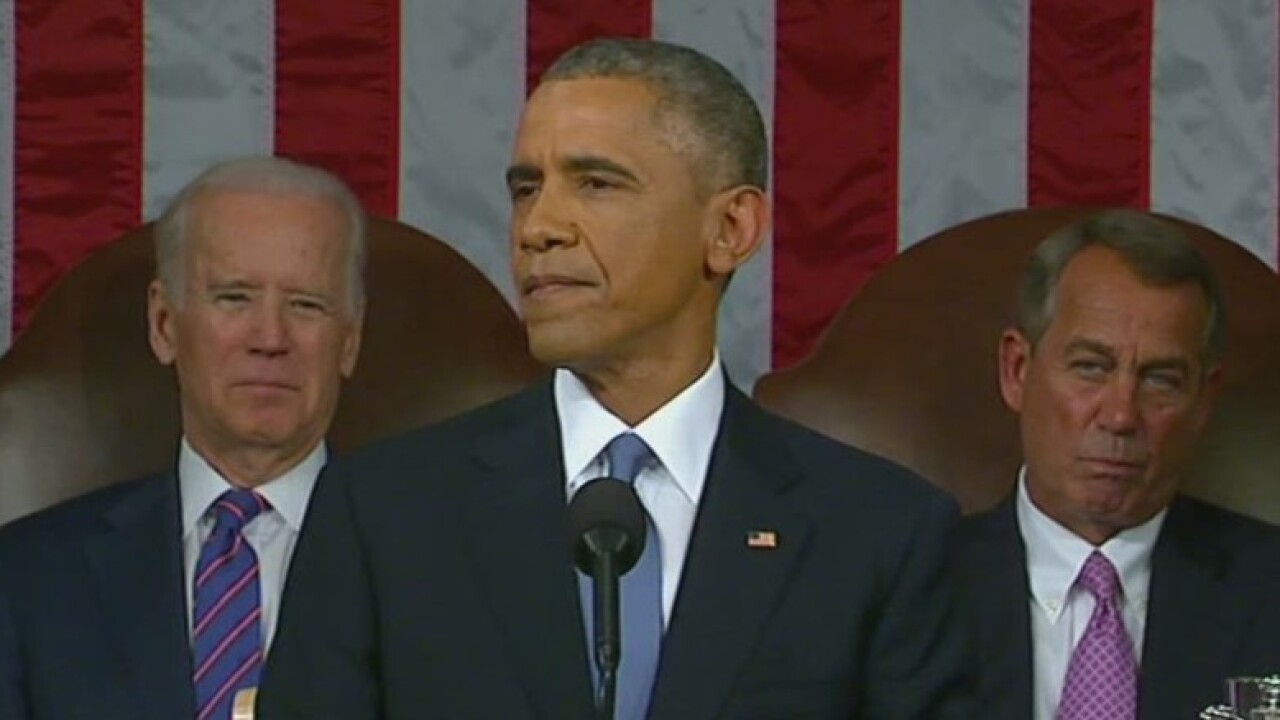 WASHINGTON — President Barack Obama will stand before Americans to update them on the State of the Union for the last time on Tuesday, and is promising an upbeat assessment of how far the nation has come since the crisis-shrouded first days of his administration.

Obama will paint a picture of a country on the rebound, empowered by its ethnic diversity and infused with possibility, while signaling he has no plans to be ushered from center stage.

But he faces the reality of a looming election that renders him a lame duck and is brimming with distrust of Washington and ruling elites, as reflected in the populism of GOP front-runner Donald Trump.

The president’s address at 9 p.m. ET is one of his last chances to command a huge prime-time television audience and talk to Americans directly after a seven-year presidency shaped by a hard-grinding economic recovery at home and chaos abroad.

The speech will bow to political reality by dispensing with the usual long list of legislative proposals that Congress has no intention of taking up, but will press Obama’s priorities, likely including new pledges to close the Guantanamo Bay prison camp and to intensify the war on ISIS.

‘We’ve got a lot of good things going for us’

Obama also hopes to counter the Republican narrative of a nation in decline under the Democrats and to implicitly intervene directly in the 2016 race by arguing that the nation still craves the politics of hope, rather than of division.

“Part of what I want to do in this last address is to remind people … we’ve got a lot of good things going for us, and if we can get our politics right, it turns out that we’re not as divided on the ideological spectrum as people make us out to be,” Obama told NBC’s “Today” show.

Obama told NBC that he did not believe the nation would embrace the message of Trump, who has vowed to build a wall on the Mexican border and has called for a temporary halt to Muslim immigration amid rising terror fears.

“I’m pretty confident that the overwhelming majority of Americans are looking for the kind of politics that does feed our hopes and not our fears, that does work together and doesn’t try to divide us, that isn’t looking for simplistic solutions and scapegoating,” Obama said, trying to shape the political battlefield for a Democratic successor.

But the speech will once again expose the sharp political differences that cleave America in a polarized era.

Republicans agree with Obama that his presidency has been transformational — but in a bad way. They believe he has presided over anemic growth rates, wielded executive power on immigration, gun control and climate change to thwart the Constitution, is oblivious to the severity of Islamist terrorism and has engineered an era of declining American power in the world.

“At the State of the Union address tonight we’re going to be given a very rosy picture of what’s going on,” Republican presidential candidate Ben Carson told CNN.

“And the fact of the matter is, you know, America is now at great risk. Our adversaries no longer fear us, our allies don’t trust us. We have to really bring our strength back.”

Tuesday’s address before a packed House chamber will also mark the debut of new House Speaker Paul Ryan — a longtime Obama rival — on the platform alongside Vice President Joe Biden at the showpiece event.

The GOP will highlight one of its rising stars, South Carolina Gov. Nikki Haley, who is often touted as a possible vice presidential nominee, in their official televised response to the president’s address.

After weeks of intense campaigning, Obama is not expected to make gun control a centerpiece of his speech. But he will leave a seat open in the first lady’s guest box, in a stark reminder of silenced victims of gun violence.