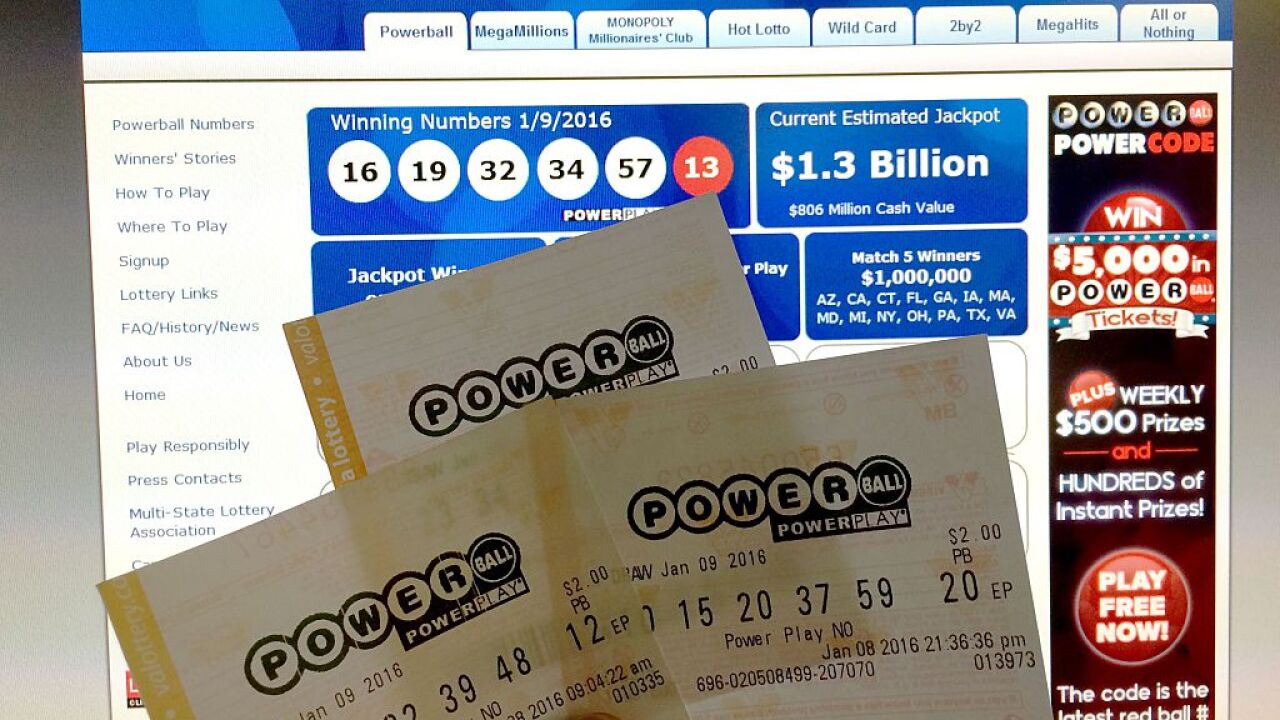 RICHMOND, Va. — The estimated Powerball jackpot for the Wednesday night’s drawing is now $1.5 Billion. That is the good news.

The bad news is the likelihood of someone winning the estimated $1.5 billion jackpot in the Powerball lottery on Wednesday is very slim. And that’s not just because the odds of winning are 292 million to one.

It’s because the jackpot is actually $930 million (before taxes) if the winner decides to take a lump sum payment. And almost all winners opt for the lump sum.

Lotteries always advertise the larger amount, presumably to avoid confusion. But the jackpot would really only be $1.5 billion if the winner opts for a 29-year payout.

The longer-term payout is a larger sum because it includes the interest that accumulates from the prize money that is invested over the 29-year period.

But out of the 102 Powerball winners in the last seven years, only one chose the larger, but deferred, jackpot. That was Vinh Nguyen, who bought a winning Powerball ticket in September 2014 in San Mateo, Calif., and took the $228 million annuity prize.

Another big advantage of the annuity versus the lump sum — besides the fact that you’ll collect millions of dollars more — is that you can’t blow all the winnings as fast.

Unfortunately, there are lots of stories about lottery winners who blow through their winnings only to end up paupers just a few years later.

One of them was Andrew “Jack” Whittaker of West Virginia, who took a $170 million lump sum in 2002. But after that he was robbed often, including one time when he had a brief case full of cash stolen from him at a strip club. Today he’s nearly 70 years old and still has to work, and says he wishes he had taken the annuity payments.