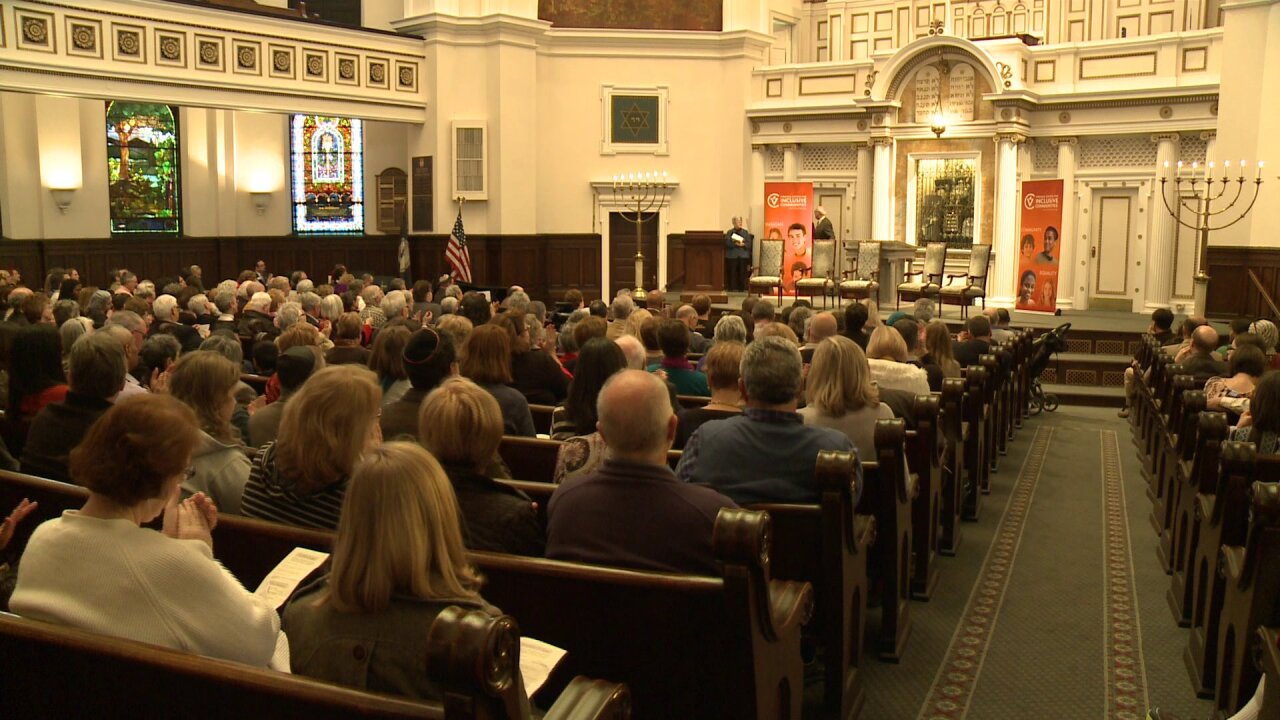 RICHMOND, Va. -- In a packed Synagogue, religious leaders and political leaders joined hundreds of Richmonders from diverse backgrounds to share a message of unity during turbulent times.

At the “Standing Together” event held Sunday night at the Congregation Beth Ahabah, Muslim leaders, Christian leaders and Jewish leaders spoke to the congregation about recent world events and the impact they have had on religious intolerance, particularly against the Muslim community.

Organizers for the event, including Jonathan Zur with the Virginia Center for Inclusive Communities, says the gathering was a huge success.

“To be in the sixth oldest synagogue in the country, which said they wanted to host this event to stand with the Muslim community, is a huge statement and to have such a religiously and racially divisive audience means a great deal,” Zur said.