What new US dietary guidelines say about sugar and fat 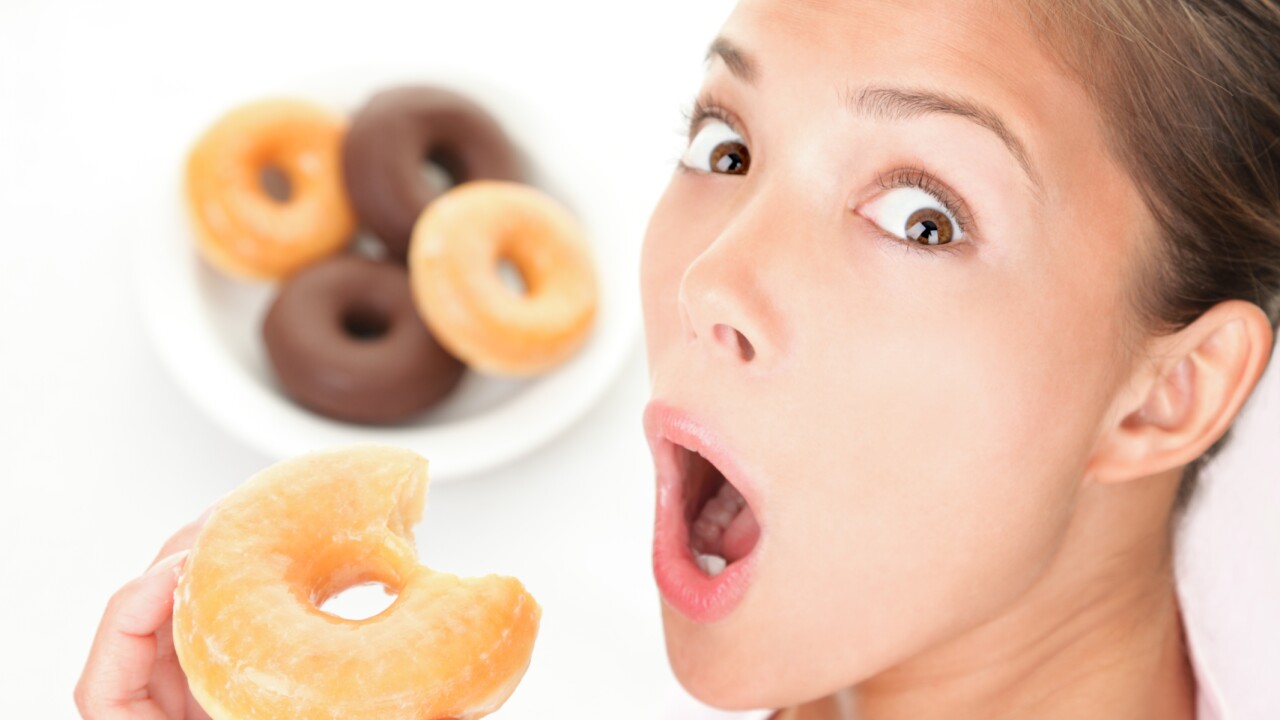 Just in time to help with your New Year’s resolution to eat more healthily, the government announced its latest dietary guidelines Thursday.

You might remember the food pyramid poster from your grade school classroom, or the “My Plate” icon from your child’s cafeteria. Those earnest posters are a boiled-down version of a complicated food science discussion between government-appointed experts and all the other players in this food fight, including dietitians, scientists, doctors, medical associations, the food industry and the public. The guidelines are revised every five years, and the draft version of this year’s guide came in months ago at more than 500 pages.

In the end, there are some breadcrumbs — whole-wheat, of course — of advice to follow. The guidance impacts everything from what’s served in school and prison lunches to how food labels work. It helps dietitians guide their clients. Experts say it also puts pressure on manufacturers and restaurants about what they put in their food.

Here are nine things you should know about the 2015 guidelines:

For the first time, the government put a limit on sugar — saying that added sugar should make up only 10% of your daily calories.

The guidelines are based on Americans eating a 2,000-calorie-a-day diet, so 10% of that diet is about 50 grams of sugar. Drinking more than one can of full sugar soda maxes out the limit. This guideline isn’t as strict as what the American Heart Association suggests — it recommends about half that — but the limit is significant.

Eating a diet with a lot of sugar increases your risk for heart disease, studies show, and can lead to obesity and all the diseases associated with that, including cancer and Type 2 diabetes.

If you have a sweet tooth, dietitian Lisa Drayer suggests you budget for it. Look for less-sweet substitutes. Replace full-sugar sodas with seltzer and a splash of cranberry, for instance. Also keep in mind that sugar comes in more than cookies and candy form. Sauces and dressings can trip you up, too. “I was in the supermarket the other day and picked up a salad dressing that had more sugar than four donuts,” Drayer said. Check the label for sugar that goes by other names like fructose, sucrose, corn syrup or honey.

2. The Easter bunny is all over this one

If you are of a certain age, your doctor might have told you to watch the cholesterol in your diet. At your next appointment, that advice could change.

Past guidelines suggest a 300-milligram daily limit of dietary cholesterol. That means a two-egg breakfast, rather than three.

“If you connect the dots together scientifically, we don’t believe there is a strong influence between dietary cholesterol and blood cholesterol,” said dietitian Lisa Drayer. “Even when I was training to be a dietitian, we knew that eating eggs didn’t increase your cholesterol as much as saturated fat does. So the government advice is catching up to the science.”

The summary does not suggest a limit on processed or red meat, as was hinted at in discussions of the draft version of the report, but it does mention that that there is evidence that a lower intake of meats overall, as well as eating less processed meat and poultry, does reduce the risks of cardiovascular disease. Processed meats like bacon and hot dogs have been linked to an increased cancer risk and in 2015, the World Health Organization suggested people avoid them. These guidelines do not. Instead, the guidelines say they “can be accommodated as long as sodium, saturated fats, added sugars and total calories are within limits in the resulting eating pattern.”

If you are a vegetarian, you have options, too: soy products, beans, lentils and seeds are good protein sources, the guidelines say.

4. Your mother was right about fruit and veggies

Your parents were right to tell you to eat your fruits, especially whole fruits, vegetables and grains, at least half of which are whole grains. The guidelines recommend eating two and a half cups of a wide variety of vegetables from all the subgroups of colors and starches a day. A hidden advantage of this suggestion is that it can make you feel full without eating a lot of calories. The suggested two cups of fruit a day, with half of that coming in the form of whole fruit, provides many essential vitamins and some have high fiber, which helps with digestion. A diet rich in fruits and vegetables helps prevent heart disease and Type 2 diabetes, too.

The committee noted in the draft guidance that whole grains are a “shortfall nutrient” in American diets. Brown rice, quinoa, and oats are rich in fiber, calcium and vitamin D and can help with digestion. When eating 6 ounce-equivalents of grains, half of them should be of the whole grain variety. Studies show that eating cereals can help you live a longer life.

The guidelines don’t suggest you start drinking, but if you do, not to worry.

Alcohol consumed in moderation is OK. For women, that means no more than one drink a day. For men, it’s two.

Drinking a daily glass of wine has been associated with a benefit to your heart.

The 2010 dietary guidelines allowed for 10% of your calories to come from saturated fat. This time, the guidelines keep the same recommendation, but also expanded upon the concept of “good” fat.

Some fat is vital to your health. “Good” fat includes heart-healthy Omega-3 fatty acids like the kind found in some fish. Fat from oils, about 5 teaspoons per day, is also OK.

Saturated fat, or the “bad” kind that comes from meat, poultry and dairy can raise blood cholesterol, which might increase the risk for cardiovascular disease, weight gain, Type 2 diabetes and cancer.

Trans fat, which the guidelines suggest you consume as little as possible, is harder to find after the Food and Drug Administration told manufacturers to eliminate it from food. Eating trans fat increases unhealthy cholesterol, LDL, and lowers the good kind, HDL.

Fat-free and low-fat dairy found in yogurt, milk, cheese is within the guidelines, but how much you can eat depends on your age.

Eat less than 2,300 milligrams of sodium per day. That’s about a teaspoon, which is not a lot, especially when many Americans get much of their sodium from packaged and processed foods.

It’s not as restrictive as the American Heart Association’s recommendation, which is less than 1,500 milligrams. Too much sodium can make your heart work too hard and lead to high blood pressure.

If you’re looking for an alternative, sprinkle allspice on your food or use other spices like thyme or turmeric.

This version of the guidelines is supposed to be more user-friendly. It models three different types of diets at the 2,000-calorie level: the healthy American diet, Mediterranean diet and vegetarian diet.

“I think if you want to mix and match and say to yourself, ‘Today, I feel like an American-style diet’ or you want a vegetarian day or a Mediterranean day, there are ideas on what you should have for each,” Drayer said. “It’s a little more approachable.”

9. Eat what is right for you

These are general suggestions on what you should eat to avoid disease and to maintain a healthy weight. As the guidelines said, this is a “healthy eating pattern” rather than a “rigid prescription” and “an adaptable framework in which individuals can enjoy foods that meet their personal, cultural, and traditional preferences and fit within their budget.” If you have a chronic condition or special dietary restrictions, you’ll need to see what works best for you.

“Of course, keep in mind, half of all Americans have some kind of chronic disease already, so people will need to take a closer look at what works on an individual level,” Drayer said. “In other words, talk it over with a health professional and see which parts of this advice you should be listening to.”