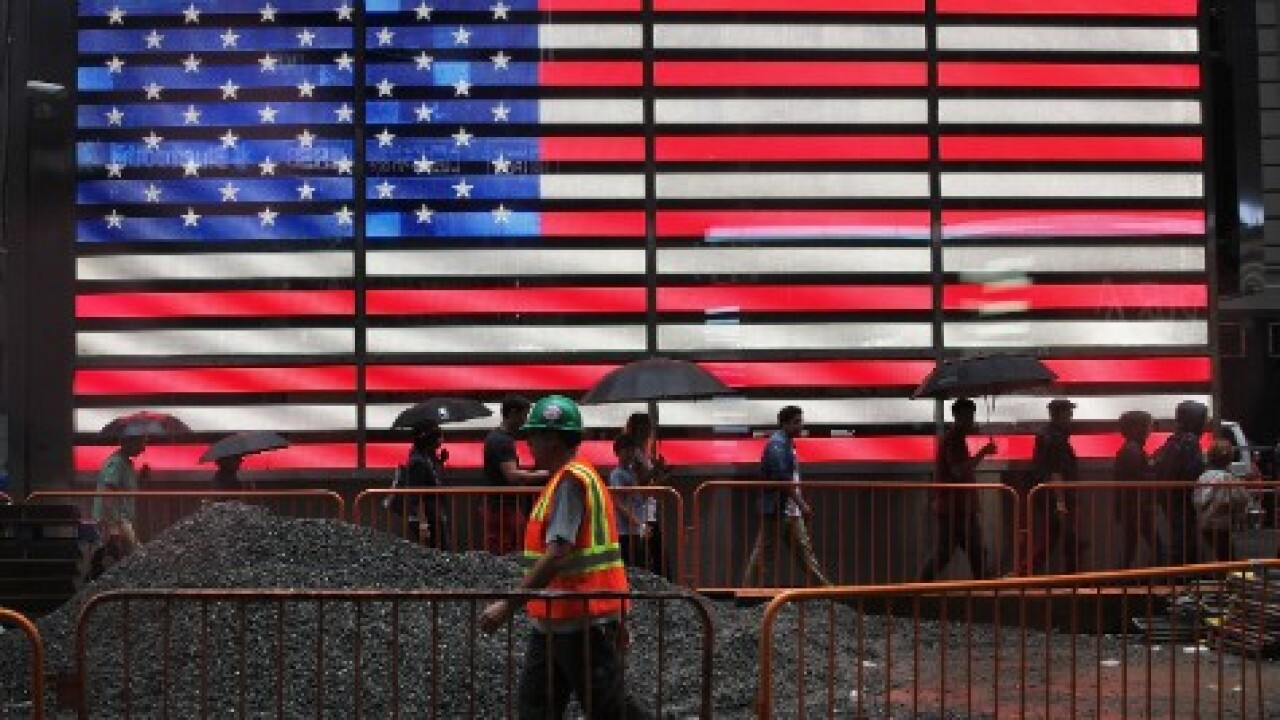 NEW YORK — In the face of global fears, the U.S. economy is still gaining speed.

The unemployment rate stayed at 5% for the third straight month. That’s near what most economists consider “full employment.” Unemployment is down by half from its peak of 10% in 2009.

Americans saw their paychecks go up too. Wages grew 2.5% in December from a year ago, matching the annual gains in October, which were the best in six years. However, compared to November, wages fell a penny.

Wages have been one of the last indicators to turn the corner in the U.S. recovery and they’re finally gaining momentum. Growth in November was solid too.

“There are a lot of indicators that show the economy continues to move in the right direction,” U.S. Secretary of Labor Tom Perez told CNNMoney.

Most business areas added jobs, but the big winners in December were construction, health care and business services. Those three industries accounted for half of December’s job gains.

Energy jobs, however, continued to fall as the collapse in oil prices kept up pressure on the industry. The industry cut back 8,000 jobs in December for a total of 130,000 jobs lost for all of 2015.

December’s job gains are a reassuring sign that the U.S. economy has shown resiliency in the face of a slowdown in the global economy. Just this week, stock markets around the world panicked on fears that the global slowdown — led China and falling oil prices — is worsening.

Despite those headwinds — which appeared to hold back job growth this summer — America’s economy keeps picking up momentum.

The Federal Reserve sees the economy continuing to grow in 2016. In December, it gave its vote of confidence by raising its key interest rate for the first time in nearly a decade. The decision was mainly driven by the job market’s progress.

America’s economy made major progress on a number of measures last year. More people found full time jobs. The number of people who want a full-time job but can only find a part-time job — called involuntary part-time workers — fell by 760,000 workers over the year to 6 million in December. It’s down from a peak of 9.2 million workers in 2010.

The number of people unemployed for six months or longer fell by over 600,000 last year too. High levels of long-term unemployed workers and part-time workers in recent years are partially why wage growth has been so sluggish.

All those signs of progress are reassuring at a time when there’s renewed fears about the global economy. When jobs are added, people have more money in the wallets to spend, and American consumers are the major engine behind U.S. economic growth.

This year’s gains “should keep the U.S. expansion on track despite downside risks from abroad,” says Jesse Hurwtiz, senior U.S. economist at Barclays. On December: “Overall, it was a very strong report.”