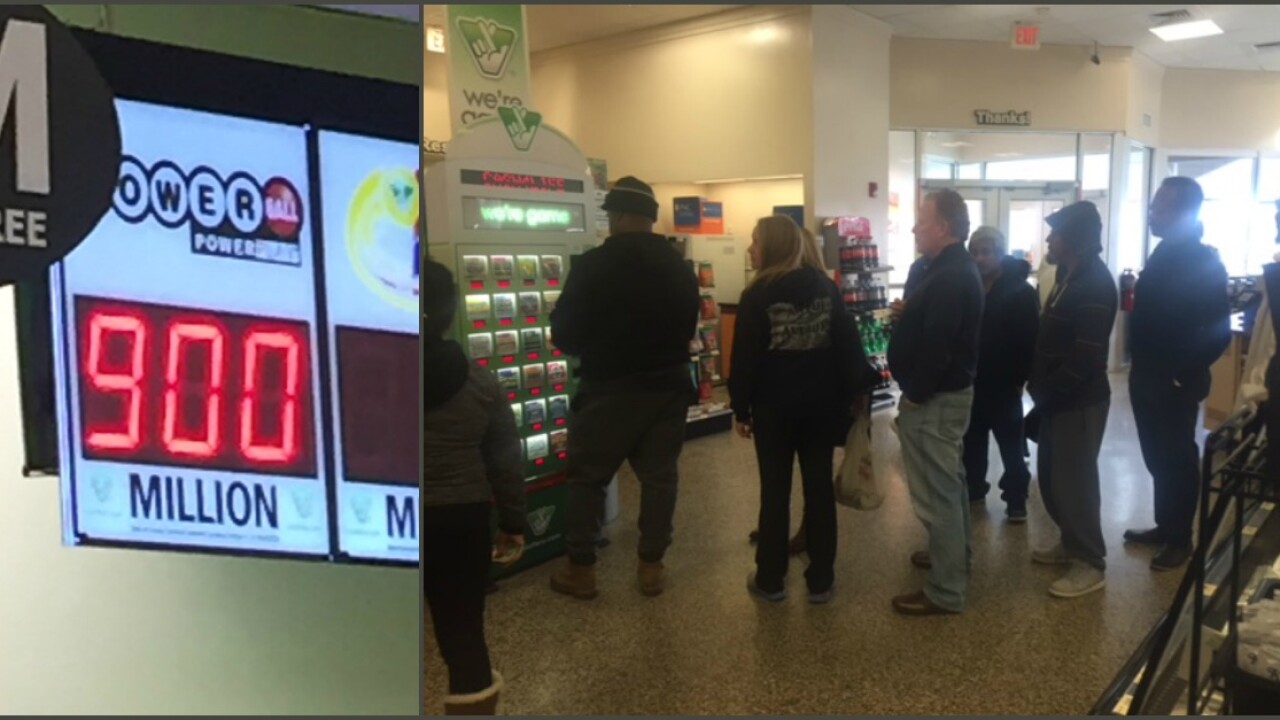 HENRICO COUNTY, Va. -- Powerball has set another record for the biggest jackpot ever when it reached a staggering $900 million on Saturday.

The current Powerball jackpot hit $700 million on Thursday after nobody won on Wednesday night -- the 18th drawing without a winner.

The next drawing is Saturday night. Those planning to get in on the action should know the odds of winning are 1 in 292 million.

Paula Otto with the Virginia Lottery said the $900 million jackpot is historical.

"We are breaking all records," she said, "We are truly in uncharted territory and sales have been much greater across the country and here in Virginia than anyone anticipated."

Line for Powerball tickets in Sandston

The General Manager at the WaWa on Staples Mill Road said sales have been up at his store as well.

The current jackpot has been growing since November 7. It first broke into the top 10 largest jackpots ranking last weekend, when it hit $400 million. Since then ticket sales have only taken off.

The biggest winning jackpot was in 2012 with a MegaMillions game that was worth $656 million. 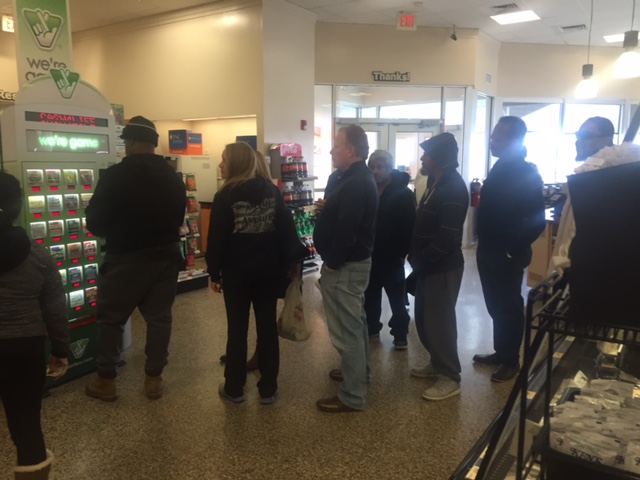