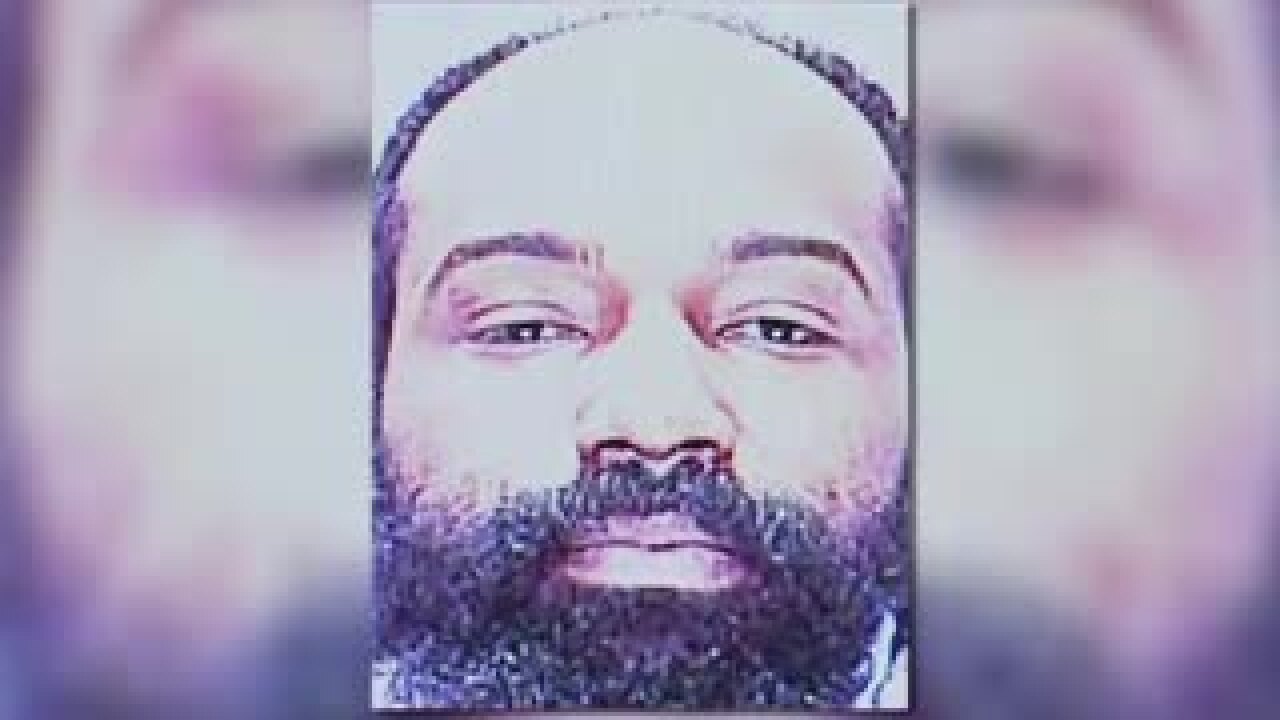 At a crosswalk in Philadelphia, a man dressed in a long white mantle stormed Officer Jesse Hartnett’s squad car and unloaded a gun at him.

Edward Archer, 30, would allegedly tell police later that he did it for ISIS. And Hartnett’s bravery in the face of mortal danger would ensure the suspect didn’t get away.

The shooter stuck the gun inside Hartnett’s window late Thursday, firing at point blank before turning and running, as surveillance video captured his moves.

“He was trying to assassinate this police officer,” police Commissioner Richard Ross said.

Of the 11 shots or more the gunman fired, three hit Hartnett in the left arm, shattering his elbow, piercing the major artery and tearing through nerves. But Hartnett’s head was spared, and his life.

Hartnett, 33, was patrolling alone, and his police radio was his closest source of help.

“Shots fired! … I’m bleeding heavily!” he shouted in a recording of his radio call for backup. “I’m bleeding. Get us another unit out here!”

Officer Jonny Castro heard the call and raced toward scene.

“I was only 2 minutes away, but it felt like it took me an hour. We almost crashed 3 separate times trying to get to you,” he wrote in an open Facebook letter to Harnett, celebrating his survival.

Castro gave a play-by-play of what happened next.

Like Castro, many officers were swarming to Hartnett’s location. In the meantime, the officer’s wounds did not keep him down. With his left arm dangling by his side, he hopped out of his squad car — gun drawn in his right hand — and chased Archer, surveillance video showed.

Hartnett fired, hitting the fleeing man in the buttocks.

“Other officers chased after the shooter and caught him a block away, the smoking pistol still in his possession,” Castro wrote.

Two officers put Hartnett into their patrol car and rushed him to a hospital, where surgeons worked to stop the bleeding.

‘Allegiance to the Islamic State’

“I follow Allah. I pledge my allegiance to the Islamic State and that’s why I did what I did,” Capt. James Clark, commander of the homicide unit, told CNN the suspect said. It’s about all Archer would tell investigators, Clark said.

“He believed that the police defend laws that are contrary to the teachings of the Quran,” Commissioner Ross said.

Archer, who is from Yeadon, a Philadelphia suburb, traveled to Saudi Arabia in 2011 and Egypt in 2012, FBI Special Agent Eric Ruona said.

But travel to Saudi Arabia is normal for Muslims who are required once in their lifetimes to complete the Hajj pilgrimage to Mecca.

Investigators do not know if Archer had any connections to ISIS or other terrorists.

Mayor Jim Kenney said the shooting had nothing to do with Islam. “It is abhorrent,” he said. “It does not represent the religion in any shape or form or any of the teachings.”

Imam Asim Abdur-Rashid, head of a mosque one block away from an address associated with Archer, condemned the attack. He said he did not know whether the alleged shooter attended his mosque.

Archer was allegedly armed with a 9mm Glock 17 that was reported stolen in 2013 from the home of a police officer.

“It is one of the things that you regret the most, when an officer’s gun is stolen that it is used against one of your own,” Commissioner Ross said.

Archer had been in trouble with the law before over gun violence.

He was arrested in 2012 after a domestic dispute. Archer “pulled a small black and silver semiautomatic handgun from his waist and pointed it towards the complainant’s stomach while grabbing the complainant’s shirt,” according to the affidavit for probable cause.

He pleaded guilty to assault and carrying a gun without a license, court records show.

On Thursday, Archer was out on probation and scheduled to be sentenced Monday for careless driving, forgery and driving with a suspended or revoked license in a 2014 case.

Hartnett’s colleagues were astonished he survived.

“After watching the surveillance video and replaying the scenario over and over again in my head, you definitely shouldn’t be here right now,” Officer Castro wrote after standing next to the shot up squad car where shell casings littered the street.

“It should have been 100 times worse. Not many people would have survived an ambush like that. He got the drop on you and had every intention of killing a cop,” Castro wrote in the post, which has since disappeared from public view on his Facebook page.

“His will to live undoubtedly saved his life, and we are ever so thankful to God that he is here today because this could easily have been a police funeral,” Commissioner Ross said.

But he is improving, his father Robert Hartnett, told CNN affiliate KYW.

His father is feeling “positive, now that I am seeing he’s waking up.”

The two spoke after Jesse Hartnett came out of surgery.