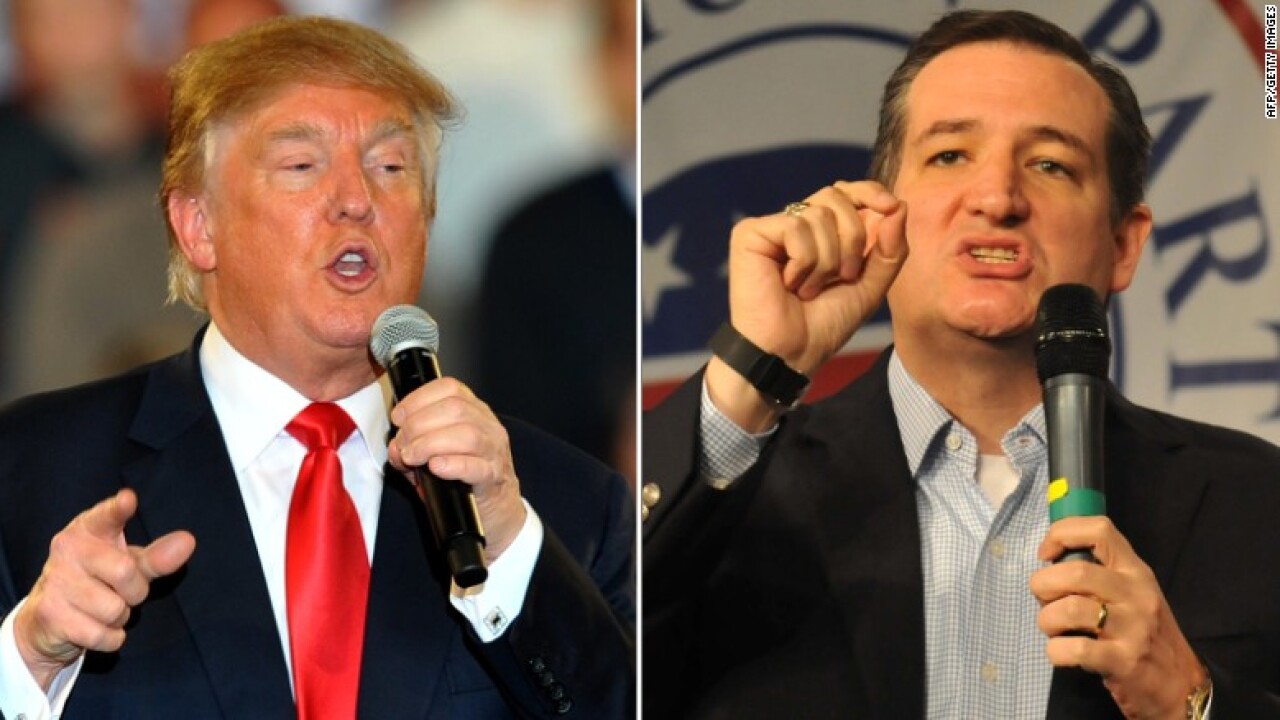 Donald Trump intensified his criticism of Ted Cruz at two Iowa campaign rallies on Saturday, urging voters to reject the Texas senator by saying his Canadian birth raises serious questions about his eligibility to become president.

“He was born in Canada. I guess his parents voted in Canada,” Trump said at an afternoon rally in Clear Lake. “So if you were born in Canada, immediately it’s a little bit of a problem.”

Trump added: “You cannot put somebody there that’s gonna go in … he’s going to be immediately sued.”

Earlier Saturday, Trump said at a rally in Ottumwa that Cruz “has to straighten out his problems,” a veiled reference to the so-called “birther” issue. But he declined to elaborate further, saying, “we’ll discuss that later.”

Cruz, however, is a naturally-born U.S. citizen, and most legal experts agree that he is qualified to be commander-in-chief.

But recently, he has had to aggressively push back on questions pushed from Trump about his eligibility for the presidency. He renounced his dual Canadian citizenship in 2014, and on Friday, Cruz’s campaign shared with the conservative website Breitbart a copy of his mother’s birth certificate showing her born in the United States.