Mexico’s AG: ‘El Chapo’ will be extradited to US 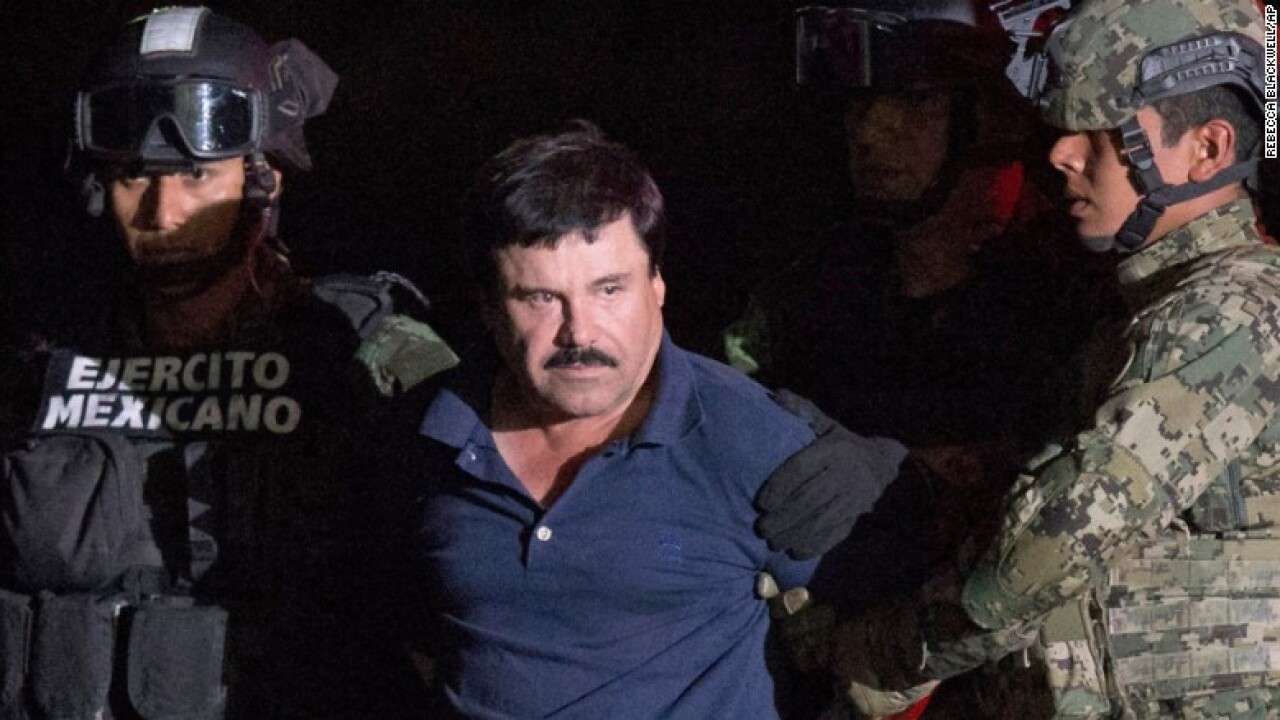 The attorney general’s office said two prior requests from jurisdictions in the United States had been approved in the past, but “El Chapo’s” lawyers have the right to introduce in district court arguments against them and 20 days to provide evidence.

If a district court rules in favor of extradition, the case would go to the foreign ministry, which will have 20 days to decide on the matter.

The defendant would have the right to appeal if the ministry rules in favor of extradition.

On Saturday, “El Chapo’s” lawyers began the process of fighting the extradition requests, filing an injunction.

Guzman is included in at least seven indictments in various U.S. jurisdictions.

Mexico said Saturday that it received extradition requests on June 16 and August 31. Those requests resulted in courts in Mexico’s 3rd and 8th districts issuing arrest warrants with the purpose of international extradition. At the time the arrest warrants were issued, Guzman was on the lam after escaping prison for a second time.

A new extradition request is being prepared in the United States, an official said.

The U.S. Attorney’s Office for the Eastern District of New York is writing a formal extradition request to the Mexican government, Nellin McIntosh, a spokeswoman for the office said Saturday.

The request will ask for Guzman to be extradited to Brooklyn to face charges.

Guzman escaped a Mexican prison in July, crawling through a hole in his cell block’s shower area into a lighted, ventilated tunnel, then to a half-built house.

On Friday, special forces from the Mexican navy captured him.

U.S. Attorney General Loretta Lynch didn’t bring up extradition in a statement to the media.

“The U.S. Department of Justice is proud to maintain a close and effective relationship with our Mexican counterparts, and we look forward to continuing our work together to ensure the safety and security of all our people,” she said Friday.

A leading U.S. member of Congress said it would be best for the United States to handle Guzman’s incarceration.

“We cannot afford to let #ElChapo slip the bonds of justice again. We need to extradite him to the United States,” tweeted Rep. Mike McCaul, R-Texas and chairman of the House Committee on Homeland Security.

Mexican President Enrique Peña Nieto addressed his nation, congratulating the people responsible for Guzman’s capture, but didn’t indicate whether he would consider extradition.

In the past, Mexican authorities asserted their sovereignty to first prosecute Guzman for crimes in Mexico, despite U.S. officials’ concerns the drug kingpin would escape from prison as he had done in 2001.

Analysts last year advanced many interpretations on why Mexico declined to extradite Guzman to the United States shortly after his arrest in 2014.

Some said Nieto wanted to limit U.S. involvement in Mexico’s drug war and felt having the United States possibly imprison Mexico’s top criminal would be a blow to the country’s ego and sovereignty.

While some theorize Mexican officials feared Guzman might expose dirty dealings among the country’s politicians, Murillo Karam said he disapproved of the United States cutting deals with criminals — as it did in 2013 with Jesús Vicente “El Vicentillo” Zambada Niebla, the son of Guzman’s top lieutenant — and not sharing with Mexico any intelligence from their cooperation.

Officially, Murillo Karam said Guzman would not be extradited until he finished serving his time in Mexico, a sentiment echoed by Mexico’s ambassador to the United States, Eduardo Medina-Mora. When Guzman escaped in 2001, he had served seven years of a more than 20-year sentence, and he racked up eight more charges before being recaptured.

Michael Braun, a former chief of operations at the U.S. Drug Enforcement Administration, said Mexico would be wise to send Guzman to the United States.