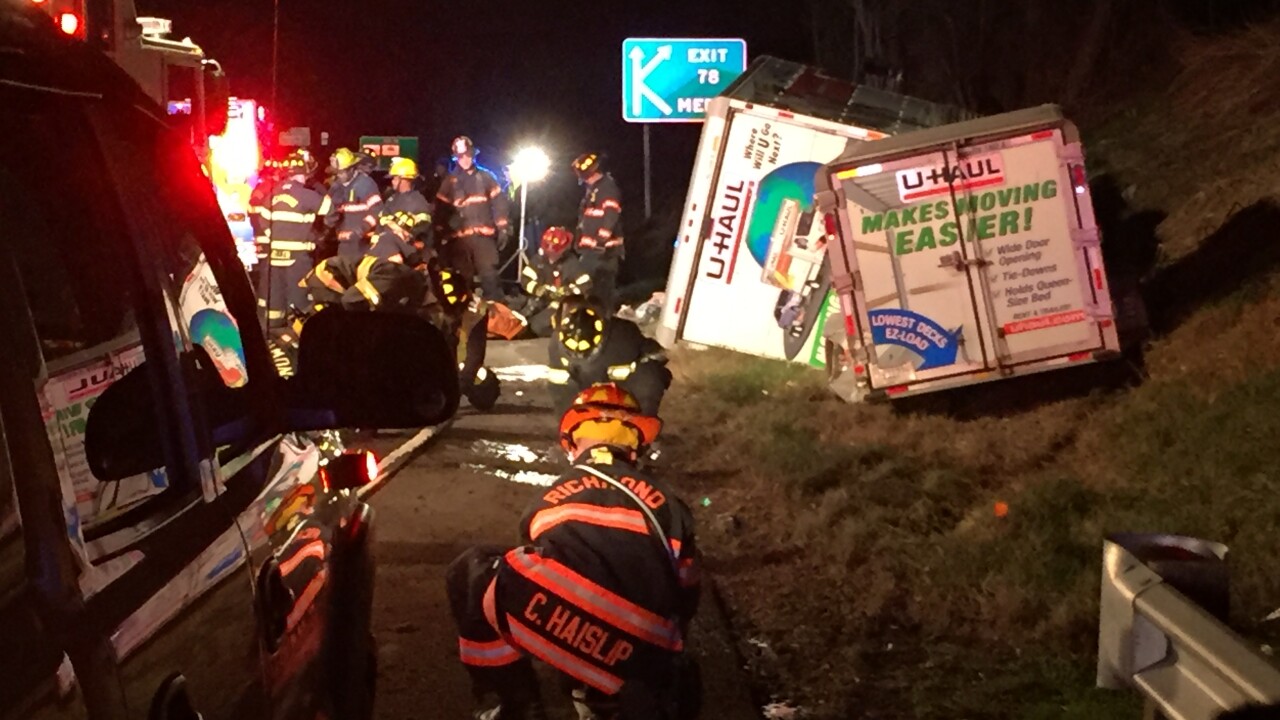 RICHMOND, Va. — Police are investigating a single-vehicle crash after a U-Haul truck carrying a trailer overturned southbound on I-95 in Richmond. The accident occurred North of the Boulevard at mile-marker 79.

Virginia State Police spokesman Sgt. Steve Vick said the U-Haul ran off the road to the left and struck a barrier wall causing the truck to overturn.

Police said the call came in from a witness around 7:20 p.m. as a reckless driver after they witnessed the U-Haul hit the barrier and overturn.

Police said the female driver was transported to VCU Medical Center with non-life threatening injuries. The driver was enroute from New Jersey to North Carolina. Charges are pending against the driver.

Expect delays in the area.