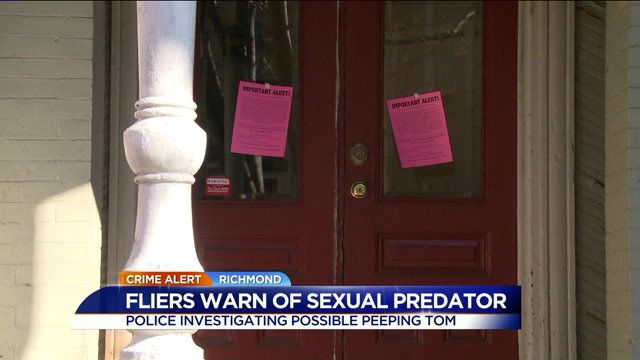 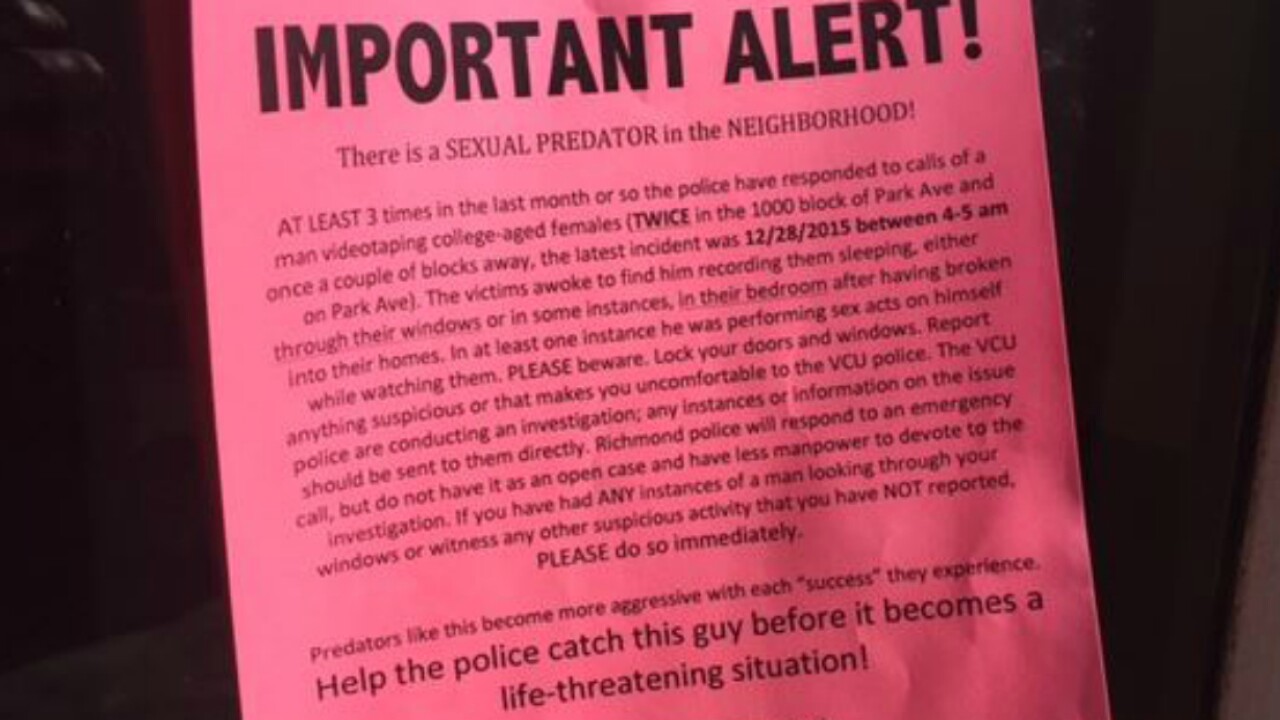 RICHMOND, Va. -- Colorful fliers have gone up along and near the 1000 block of Park Avenue in Richmond after a series of incidents that involved a so-called sexual predator. There have been four incidents since November.

"The victims awoke to find him recording them sleeping either through their windows or in some instances, in their bedroom after having broken into their homes," the flier warned. "In at least one instance he was performing sex acts on himself while watching them."

The most recent incident took place December 28 between 4 - 5 a.m., the flier indicated. In a previous report, the man was described as tall and wearing a dark-colored hoodie pulled over his head. Anyone with information about these incidents was asked to call metro-Richmond Crime Stoppers at 804-780-1000.

Anyone with additional information can submit a news tip here.