New Va. lottery winner; ‘I have everything I want…a great wife and beautiful kids’ 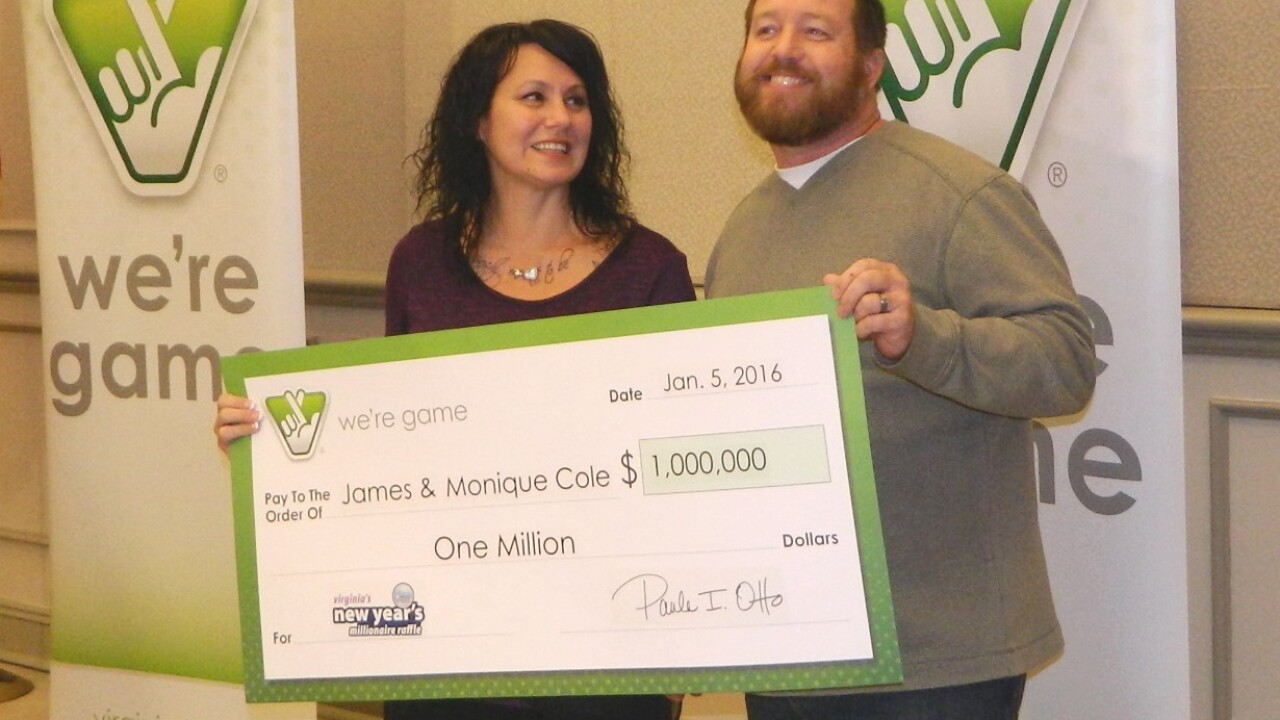 PRINCE GEORGE, Va. – Christmas Day was already going well for this Prince George couple, but the shining star on top was the winning lottery ticket.

Then they found out on January 1, that ticket happened to be one of three $1 million winning tickets drawn.

On Jan. 5, the Coles received their check from Virginia Lottery Executive Director Paula Otto, at the Lottery’s headquarters in Richmond. Sheetz received a $10,000 bonus from the Lottery for selling the winning ticket.

Although he’s happy to win such an awesome prize, Mr. Cole is keeping it in perspective.

“I have everything I want,” he said. “I have a great wife and beautiful kids.”

And this year, there’s something new: The New Year’s Millionaire Raffle Promotion is an extra chance to win.

Players who submit an entry form, received when they bought their raffle ticket, will be entered for a chance to win one of twenty $1,000 cash prizes. Entry deadline is Jan. 8 with the cash prize drawing on Jan. 13.