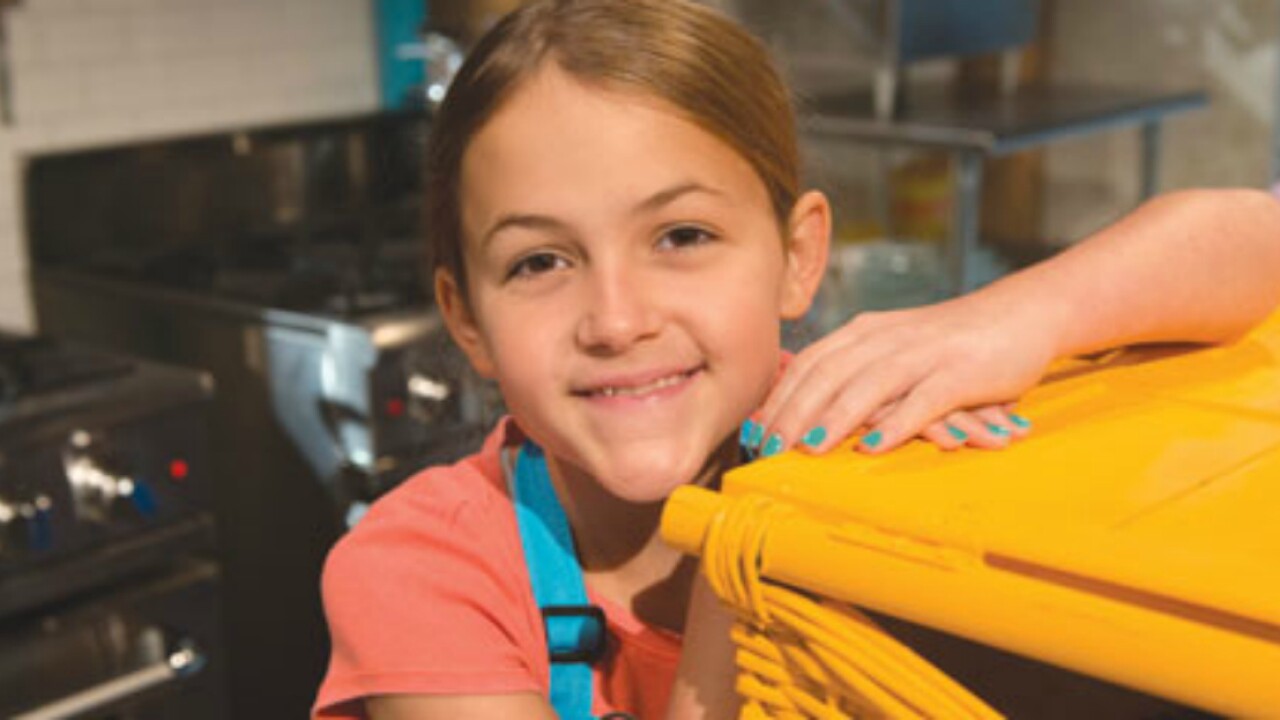 Eleven-year-old Emily Waters competed on an episode of Chopped Junior that was taped in August and airs Jan. 5 on the Food Network.

GLEN ALLEN, Va. — Craving a homemade chicken piccata dish? Then you’ll want to make plans to visit Emily’s Cafe, where that’s the signature entree. The restaurant isn’t taking reservations yet, but that’s only because it doesn’t exist.

Emily Waters is determined to make it a reality one day, however – and who would bet against her?

Waters, an 11-year-old student at Henrico’s Hungary Creek Middle School and budding chef, already is making plans for the Italian-themed restaurant that she expects to bear her name one day. She’s been helping her parents in the kitchen since she was just four years old and cooks dinner for the family about once a week.

Waters’ culinary skills will be on display nationally Jan. 5 when she appears on Chopped Junior, a Food Network reality-based cooking show for children that is a spinoff of the network’s popular Chopped for adults.

The episode, which was taped in Manhattan in August and is titled Cuteness Overload, will air at 8 p.m. locally.

It pits four competitors (each of whom was 9 or 10 years old at the time of the taping) against each other as they create three dishes – an appetizer, entree and dessert – using ingredients that are revealed to them just minutes beforehand. Competitors have 30 minutes to make each dish.

Waters, an admitted Food Network connoisseur, has grown up watching various cooking shows and competitions on the channel. When a family friend alerted her that the Chopped Junior series was seeking competitors, she put together an application, which included making an entree and a dessert, was interviewed and then later called back for a second interview. Soon after, she was selected to compete.

“I was excited to try out, but I didn’t really think that I would make it this far,” Waters recalled.

To prepare for the show, Waters began practicing “a lot,” she said.

“I cooked different things in my kitchen, experimented with stuff that I don’t normally cook with. We had a Chopped competition in our kitchen.”

Click here to continue reading on the Henrico Citizen.