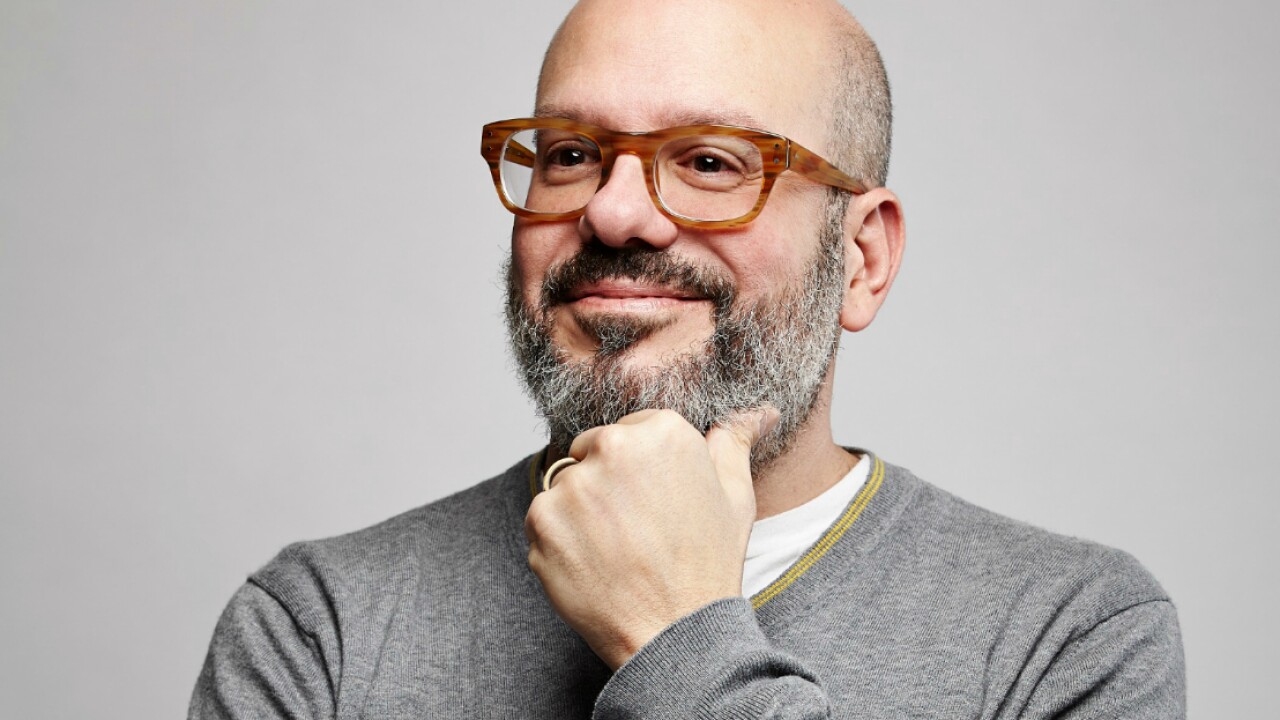 “I am extremely excited to get back out on the road after five long years away,” Cross said. “I was very busy writing for The View, but now that the kids are off to college, my wife’s regiment has been transferred to McMurdo Station in the South Pole, and I’m near completion on Fallout 4, it’s time to start up the bus and bring my patented, fart-inducing laugh winces to a town near you. See you soon!”

And now… words written in a press release:

Cross last toured in 2009 with a solo stand-up show in support of his New York Times Bestseller, I Drink for a Reason. The hugely successful comedy show was filmed at Boston’s Wilbur Theater for a special, entitled “Bigger and Blackerer,” which premiered on EPIX in April 2010 before being released on CD and DVD by Sub Pop.

His previous comedy special, “David Cross: The Pride is Back,” aired on HBO in 1999, and was named one of the 25 best stand-up comedy specials and concert films of all time by ROLLING STONE in July 2015.

Cross has released two other comedy albums – the Grammy Award- nominated, “Shut Up You Fucking Baby” and “It’s Not Funny.” In 2003 he released the DVD, “Let America Laugh,” a documentary film of his groundbreaking stand up tour of alternative, indie rock clubs.

One of the stars of the Emmy-winning comedy series, “Arrested Development,” and one half of the creative duo (along with Bob Odenkirk) behind three-time Emmy-nominated sketch comedy series, “Mr. Show with Bob and David,” Cross is himself an Emmy-winner for his writing on “The Ben Stiller Show.”

His relaunched sketch comedy series, “With Bob and David,” is currently available on Netflix. In January, IFC will premiere the six-episode third season of “Todd Margaret,” created by and starring Cross, with the first three debuting January 7 and the following three on January 14. Cross wrote and directed the indie film, “Hits,” which premiered at the 2014 Sundance Film Festival, and was released theatrically and on VOD thru an innovative initiative with Kickstarter and BitTorrent.

He has appeared in such films as “Kill Your Darlings,” “It’s a Disaster,” “Year One,” “Waiting for Guffman,” “Men in Black I & II,” “Ghost World,” “Eternal Sunshine of the Spotless Mind,” “Pitch Perfect 2,” “I’m Not There,” and has provided voices for several animated films, including “Megamind,” the “Kung Fu Panda” series and “Curious George.”