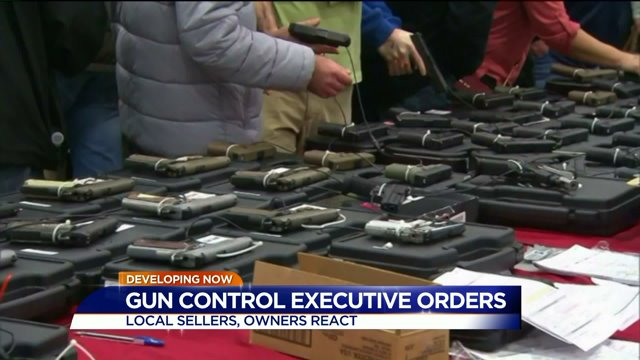 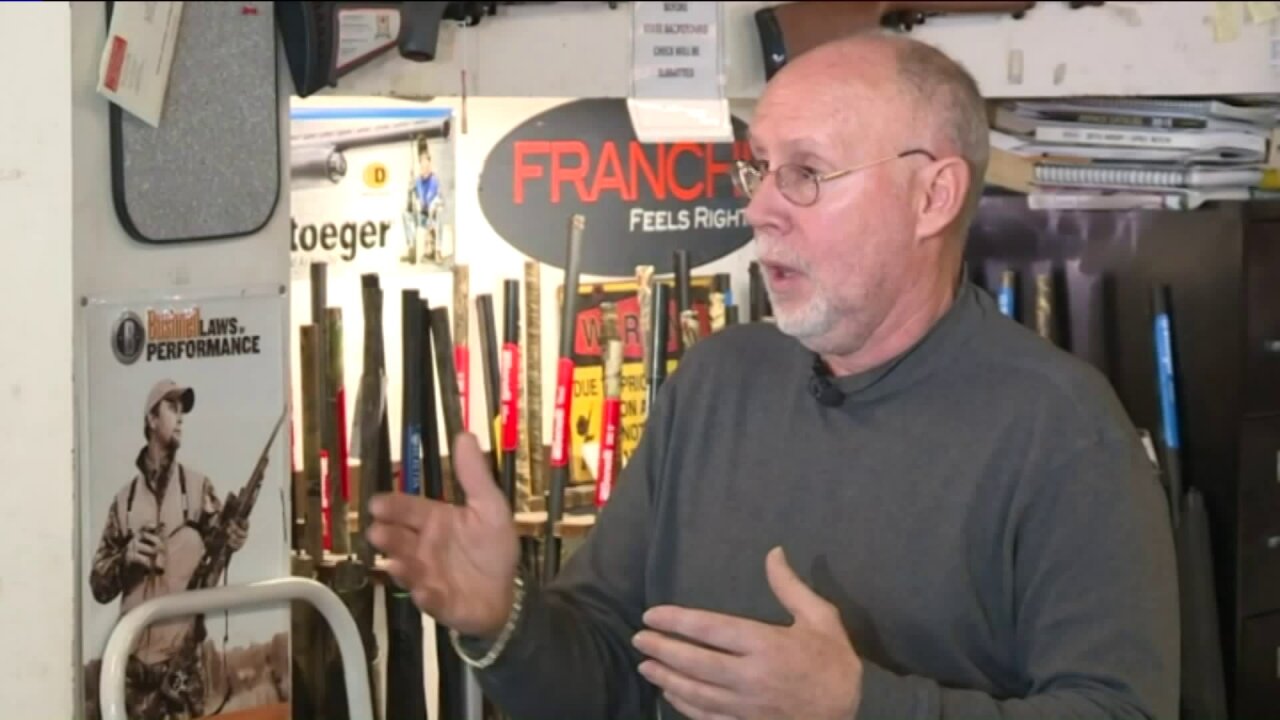 "Our business has been off the chart," said Dance, who owns Dance's Sporting Goods.

"I believe in the Second Amendment, there written on paper, that guarantees the right to bear arms," Obama said from the White House at an event with gun violence victims and their families. "No matter how many times people try to twist my words around, that's our constitutional law. I know a little bit about this. But I also believe that we can find ways to reduce gun violence consistent with the Second Amendment.”

Tears streamed down his face as he talked about the children who died in a mass shooting in Newton Connecticut several years ago.

"Every time I think about those kids, it gets me mad," Obama said, pausing to wipe away tears. "By the way, it happens on the streets of Chicago every day."

Included in the order will be mandatory background checks for all gun sales, which currently aren’t required for private sellers.

Everyone who sells guns will have to have a license.

Currently, what is known as the “gun show loophole” allows individuals to sell firearms at gun shows, online or at home without having a license or conducting a background check.

Dance said he wonders how the new rules will be carried out.

"If they have this law put into effect, and you inherent two or three firearms from your uncle, how in the world do you get rid of them if you want to sell them?"

Obama said Congress, which blocked a tougher gun bill in 2013, still needs to impose new gun control measures. He noted that many of the actions he's calling for can only be imposed through legislative action.

"Congress still needs to act," Obama said. "The folks in this room will not rest until Congress does. Because once Congress gets on board with common-sense gun safety measures, we can reduce gun violence a whole lot."

"But we also can't wait," Obama added. "Until we have the Congress that's in line with the majority of Americans, there are actions within my legal authority that we can take to help reduce gun violence and save more lives."

In addition to expanding and bolstering the background check system to cover sales that take place online and at gun shows, Obama said the administration will provide more funding for mental health treatment, FBI staff and the Bureau of Alcohol, Tobacco Firearms and Explosives agents.

"We are going to bring an outdated background check system into the 21st century," Obama said.

In the order, $500 million dollars goes for mental health care, and a new rule that permits some HIPAA protected information on mental health issues be provided for use in background checks.

The president plans to hold a town hall meeting in Northern Virginia on Thursday, Jan. 7, to discuss his proposal. He will take questions from the audience.

Many polls have found broad support for expanded background checks -- the most recent being a Quinnipiac University poll in December. In that survey, 89% overall support it, 84% in gun-owning households, 87% of Republicans, 86% of independent, 95% of Democrats.

In a December CNN/ORC poll, 48% of Americans said they were in favor of stricter gun control laws, 51% were opposed.

Support for stricter laws has been less than half since 2013. There's a sharp partisan divide on the question, with 74% of Democrats in favor of stricter laws, while just 23% of Republicans feel the same way.

Just 35% approve of Obama's handling of gun policy, including 56% of Democrats and 55% of liberals. That's well below his approval rating among Democrats/liberals for other top issues.

***information from CNN wire contributed to this report