Cliven and Ammon Bundy: A family’s history of fighting the federal government 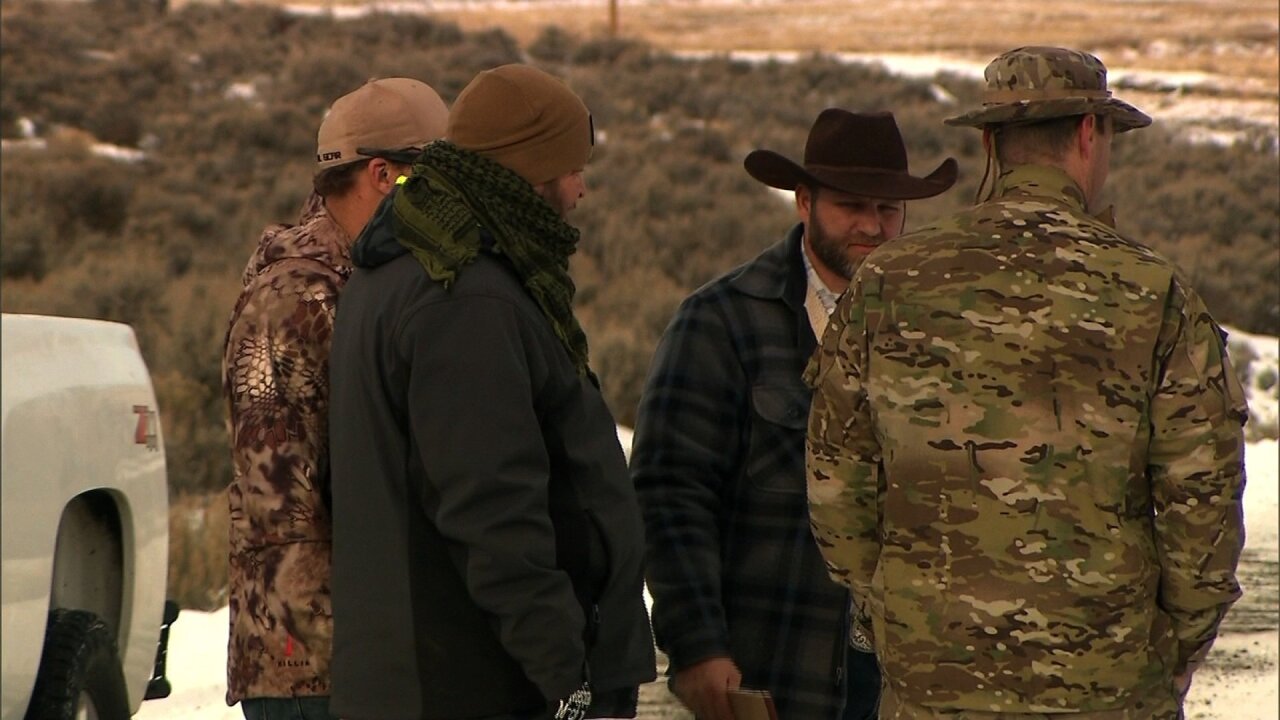 Ammon Bundy, 40, is leading the group of protestors in Oregon that took over a federal refuge center. He is the son of Nevada rancher Cliven Bundy, 67, who engaged in a protracted battled with the Federal Bureau of Land Management over grazing rights for his cattle.

Nearly two years before armed protesters took over a federal building in Oregon, a similar fight was waged in Nevada. And the organizers of both have the same last name: Bundy.

Ammon Bundy, 40, is leading the group that has taken over a federal refuge center in Oregon. He is the son of Nevada rancher Cliven Bundy, 67, who engaged in a protracted battled with the federal Bureau of Land Management over grazing rights for his cattle.

The Bundys drew national attention in 2014 for refusing to pay the federal government more than $1 million in grazing fees.

“I not only said no. I said hell no,” Cliven Bundy told CNN at the time over his refusal to relocate his cattle.

The land in Clark County, Nevada, became federally protected in 1989 after the government declared the Mojave Desert tortoise an endangered species. That effectively put an end to livestock grazing there.

Most ranchers left. The Bundys stayed and continued raising their cattle but racked up more than $1 million in fees and fines. Their refusal to foot the bill eventually drew the ire of federal agents, who seized a portion of their cattle.

Armed militiamen, angered at what they believed to be government overreach, soon converged near the Bundys’ Nevada ranch.

“It’s no different than Mexican cartels telling you you have to pay money to stay on your own property,” Bundy supporter Paul Lindsey said at the time. “It’s the same thing.”

Faced with the prospect of a bloody confrontation, the Bureau of Land Management released the cattle, ending a tense standoff.

Cliven Bundy, a Mormon, has said his standoff with the bureau was a spiritual calling.

In August 2014, he cited his faith in a speech to members of the socially conservative Independent American Party in St. George, Utah.

“The Lord told me … if (the sheriff doesn’t) take away these arms (from federal agents), we the people will have to face these arms in a civil war. He said, ‘This is your chance to straighten this thing up,’ ” Bundy said, according to The Spectrum.

But a top spokesman for the Mormon church denounced the current armed occupation of the Oregon refuge.

“Church leaders strongly condemn the armed seizure of the facility and are deeply troubled by the reports that those who have seized the facility suggest that they are doing so based on scriptural principles,” said Eric Hawkins, spokesman for the Church of Jesus Christ of Latter-day Saints.

“This armed occupation can in no way be justified on a scriptural basis.”

Cliven Bundy: ‘Are they better off as slaves?’

To some, Cliven Bundy had been a conservative hero for his steadfast position against the government. But the rancher damaged his credibility with mainstream supporters by making what many perceived to be racist statements.

Wading into social issues, Bundy openly speculated whether African-Americans would be better off as slaves.

Before helping take over the federal building in Oregon, Ammon Bundy has said he’s been labeled and treated as a terrorist.

In 2014, then-Senate Majority Leader Harry Reid said those who defended Cliven Bundy at the Nevada standoff were “domestic terrorists.”

“I have never been charged and prosecuted with anything in my life, and yet Senator Reid, without due process, has declared me, for life, as a Domestic Terrorist,” Ammon Bundy wrote in a November 2014 piece for Infowars.

And he said that label has affected his life.

He described trying to get on a flight with his 12-year-old daughter to attend “a special event of a loved one.” But his ticket read “SSSS” — which stands for secondary security screening selection.

He said he went through an hour of additional security checks, which caused him and his daughter to miss their flight.

“This incident reaffirmed to me the danger that the American people are in,” he wrote. “When a very small group of elitists use the peoples power without authority, and are willing to destroy the lives of those who disagree or stand up to them, when this type of unlimited power is commonly exercised without checks and balances the people are in danger.”