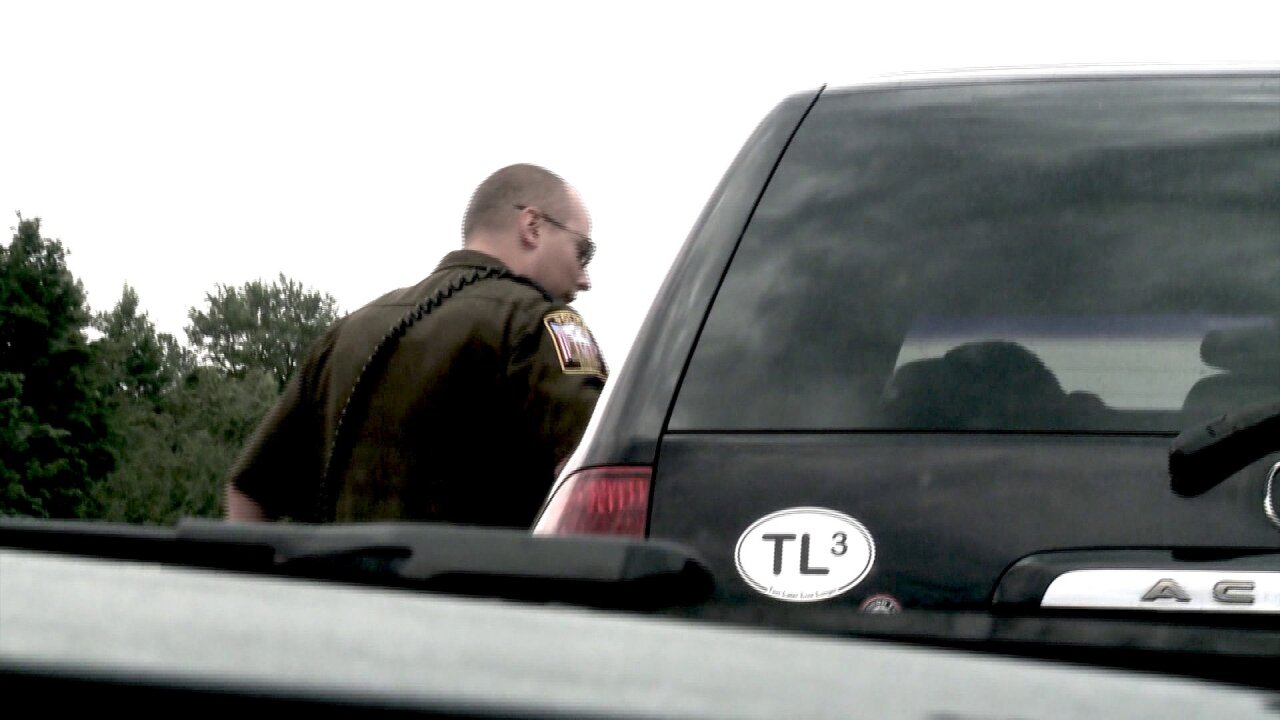 CHESTERFIELD COUNTY, Va. -- In order to create an environment of trust with drivers, Chesterfield Police said they have implemented a policy change that allows officers to write written warnings instead of traffic tickets for minor driving offenses.  The program, which began January 1, was aimed at unclogging court dockets, tracking officer performance through documentation and holding repeat violators accountable, police officials said.

"Not every traffic stop has to end in a summons. Not every violation needs to end in a fine. This is just another way for us to measure what effectiveness we're having," said Major Kevin Smith with the Chesterfield County Police Department.

Chesterfield has left it up to the officer's discretion whether to issue a ticket or a written warning after a traffic stop.  Smith said serious traffic offenses like reckless driving or alcohol offenses will in no way be ignored by officers.  Warnings would only be issued for minor infractions like failing to use a turn signal or a broken tail light.

"We are going to have certain guidelines. We would certainly frown upon [officers] issuing a written warning for something that was causing an immediate safety hazard," Smith said.

A recent CBS 6 investigation found Chesterfield Police officers were required to make a certain number of traffic stops and arrests each day as a part of a "performance plan."  As a result, a state lawmaker asked the Virginia Crime Commission to study what are referred to as "quota systems." That bill did not pass.  Smith said the new written warning system is just another tool police can use to study officer performance.

Most Chesterfield drivers interviewed for this story said they supported the written warning system that cut down on "ticky-tack" tickets. But Ettrick resident Elizabeth Webb worried repeat violators would never learn a lesson.

"Sometimes I feel like they just get a slap on the wrist and they are back out on the road," Webb said. She added police officers on the street need all the help they can get, and if the warning system creates more trust between officers and drivers, she thinks it is a good idea.

Chesterfield police said they based their system off a similar one already in use in Spotsylvania County and other states.

EDITOR'S NOTE: Chesterfield Police wanted to clarify that officers have always had the discretion to offer a verbal warning to drivers. The new program adds written warnings as an option for officers.