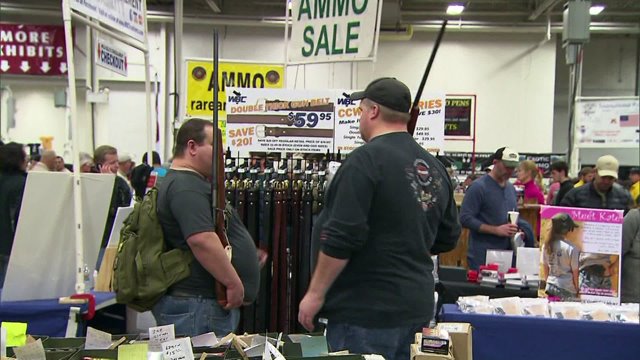 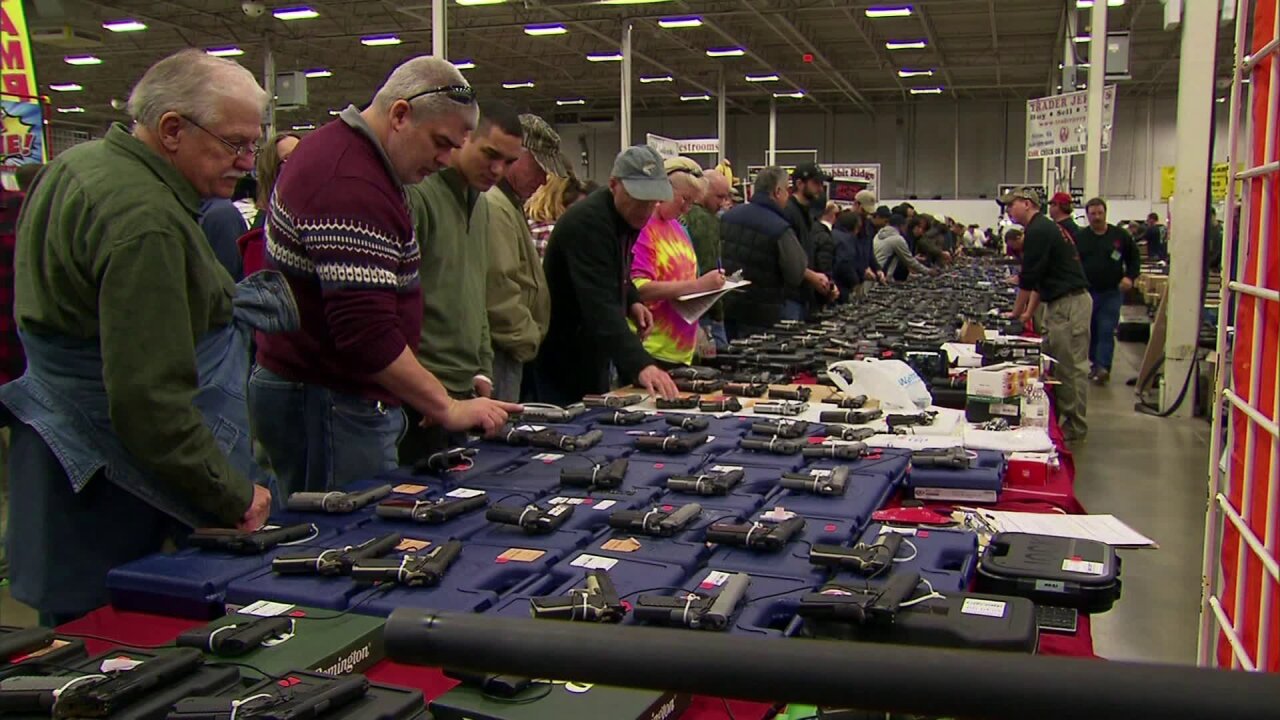 Organizers refer to it as “Miles of Aisles;” a place where guns can be bought from retail booths and private dealers.

Business at "The Nation's Gunshow' in Chantilly, Virginia is good, so good the ATM’s have run out of money.

There are first time buyers galore.

"I think it's because there is a possibility our laws might change and we're not going to have that ability to protect ourselves,” said gun buyer Del Marsha.

Many people at the Chantilly show are alarmed that President Obama plans to take executive action on guns.

Organizers refer to it as “Miles of Aisles;” a place where guns can be bought from retail booths and private dealers.

Annette Elliott is the president and owner of the company that puts on this show, along with about 85 others in the U.S. each year.

"Well, I think the endgame with a lot of Democrats is to confiscate,” Elliot said. “We're afraid of that for sure."

"I used to be a zero gun guy, but nowadays, you don't ever know who your opponents are,” said Customer Owen Yumang. “You got to be ready."

"Opinions are not black and white here,” said Chantilly resident Gary Tuchman. “There are people who think there should be increased firearm regulations, but what is extremely prevalent is a deep distrust and suspicion of the motivations of the federal government."

If you buy a gun from someone in the business of dealing in firearms, federal law requires background checks.

At the show, the information is then fed into computers before customers are allowed to buy their guns.

Police are present to arrest people when the computer checks indicate criminal violations.

But the private dealers are not legally required to conduct background checks.

"I would ask you for a Virginia driver’s license,” explained private dealer Daryll Fine. “That way I know you're from within the state."

Business at "The Nation's Gunshow' in Chantilly, Virginia is good, so good the ATM’s have run out of money.

"I would have no idea,” Fine said when asked if he would know if he was given a fake Virginia driver’s license.

He said that sometimes he completes a sell based on a feeling about the person.

"You gotta to go with your gut,” Fine said. “Your instinct.”

Jerry Cochran, of Trader Jerry’s, is one of the retailers doing a booming business here.

He is also one of the minority of people here who think things should be more stringent.

Many here believe the government needs to be more concerned about mental illness than making it harder to buy a gun, but they are aware things are about to change.

"He's Obama. You know?” said gun owner Millard Stahle. “He wants to do what he thinks is in the best interest of this country. I disagree with him strongly on this issue."

The Obama administration announced plans to combat gun violence in the U.S., on Tuesday.

Among other things, the actions would expand mandatory background checks for some private sales.

The administration would also provide more funding for mental health treatment, FBI staff and the Bureau of Alcohol, Tobacco Firearms and Explosives agents.

Republicans in Congress and on the presidential campaign trail have blasted any attempt by the White House to crack down on gun rules.