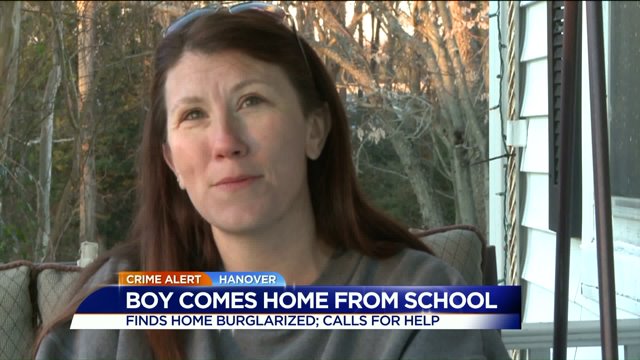 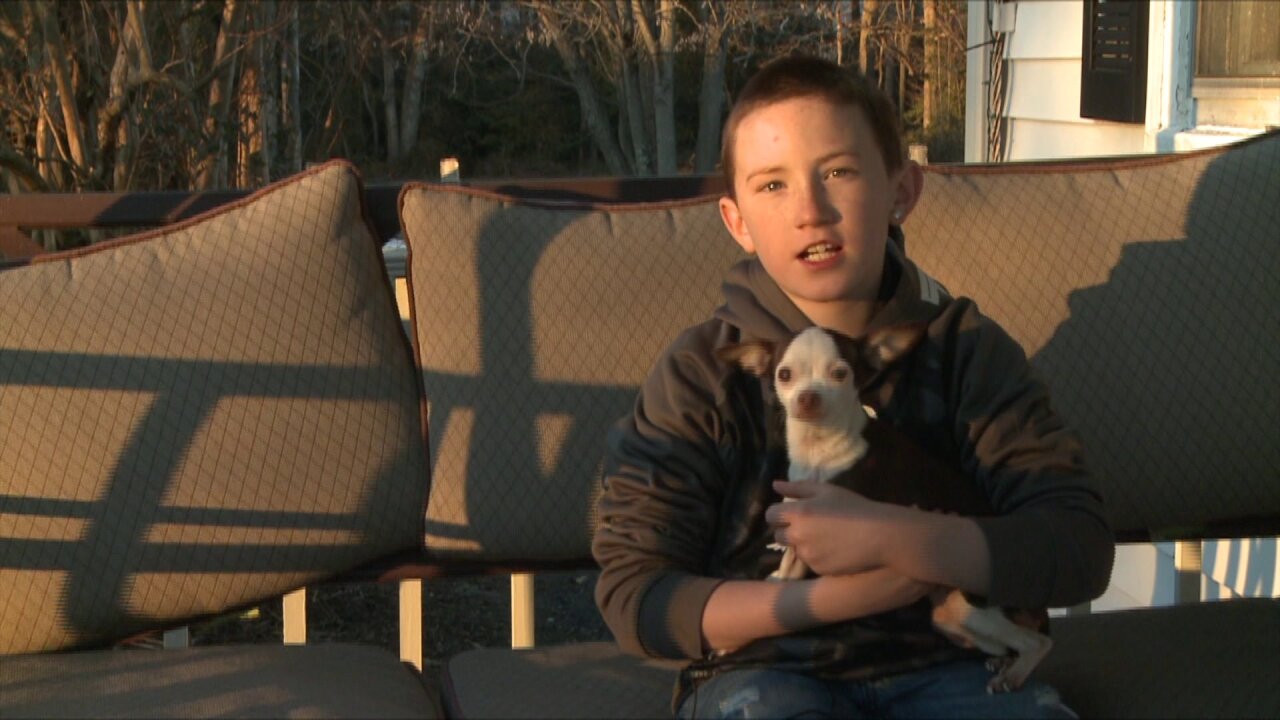 HANOVER COUNTY, Va. -- A nine-year-old Hanover boy used his street smarts to dial up his mother on FaceTime to show her the damage from a break-in at their home Monday.

His mother immediately called 911 for help.

It was little Michael Burch’s first day back at school after winter break, when he came home to find things weren't the way he and his mom left them.  "I'm nine,” he said Tuesday.  "A burglar hit the back door with an axe, snuck in and stole half my step-dad’s shoes and hats."

The boy showed his mom what he’d found using the smartphone and deputies responded quickly to their AMF Drive home.

"I kind of panicked for Michael to come home to that,” said Janice Burch, his mother.  “It made me nervous."

Deputies say the thief had already left before little Michael got off the bus.  But the boy tells CBS 6 that the Air Force One shoe print left behind should help deputies with their investigation. Mom agrees.

"Investigators say they found some evidence that could potentially help them figure out who the person is," said Janice.

Burch said Air Force One shoe prints left behind should help deputies with their investigation.

Custom hats, Air Jordan sneakers, a safe with family documents and two four-wheelers, were snatched by the thief, leads Janice to think someone was targeting their house.

"They didn't touch our jewelry or electronics,” she said.  “It just feels pretty targeted."

Deputies say they are following several leads, but are asking those who may have seen something suspicious on AMF Drive to call the Hanover County Sheriff’s Office at 804-365-6140.