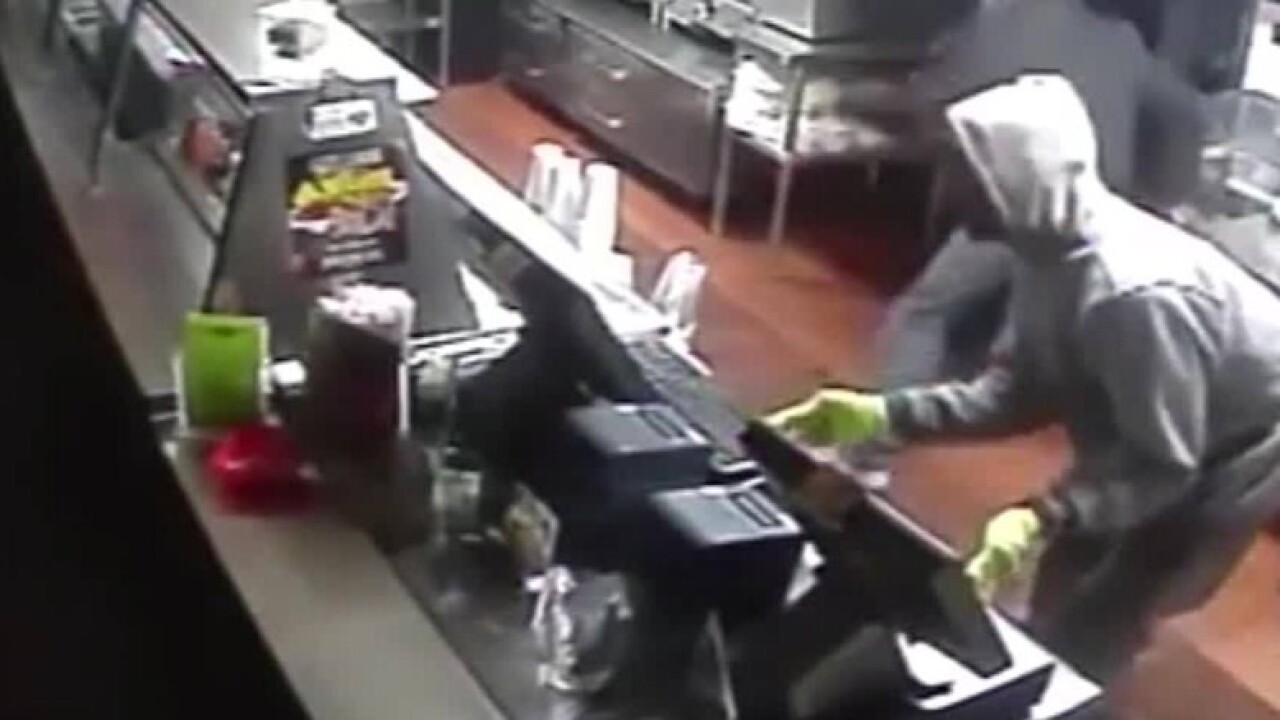 When life gives you surveillance footage of your business being ransacked, turn it into lemonade — or tasty frijoles.

A Las Vegas taco place that was burglarized a week ago transformed the robbery footage into a hilarious commercial that has many Internet users craving corn tortillas and fresh ingredients.

Greg Carlson, the general manager of the family-owned and -operated restaurant, was alerted by an alarm system when the robbery occurred.

When he got to the scene, he saw that the glass door was smashed and two cash boxes were stolen. Fortunately, they were empty.

“I thought to myself: ‘We’re going to have some expenses from this. I might as well turn this into something that will inspire people to come try our food,” he told CNN.

Carlson published a YouTube video the day after the robbery in hopes of getting the word out.

In the video, he overlaid text throughout the surveillance footage describing how desperately the intruders want a taco, as the thieves are seen searching the place.

After the robbers flee the scene of the crime, the video cuts away to mouthwatering close-up shots of tacos topped with grilled meats, fresh herbs and guacamole, and a disclaimer from the restaurant stating it takes responsibility for the fact that its tacos may cause people to do unexpected things.

The video also urges viewers with any information on the robbery to call the Las Vegas Metropolitan Police Department.

Carlson said he would consider a taco reward for information if that would help solve the case.

He has seen an uptick in customers since the break-in, with many saying they wanted to come after watching his YouTube video.

The ad has been shared on several social media sites and has inspired a lot of people to get tacos for lunch.

“I don’t think we expected this kind of reaction, but we hoped for it. We’re really pleased and surprised,” Carlson said.