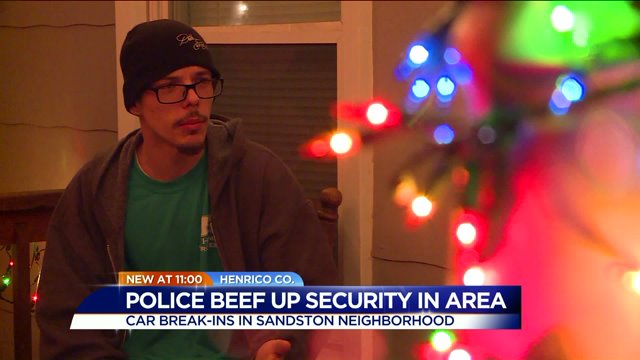 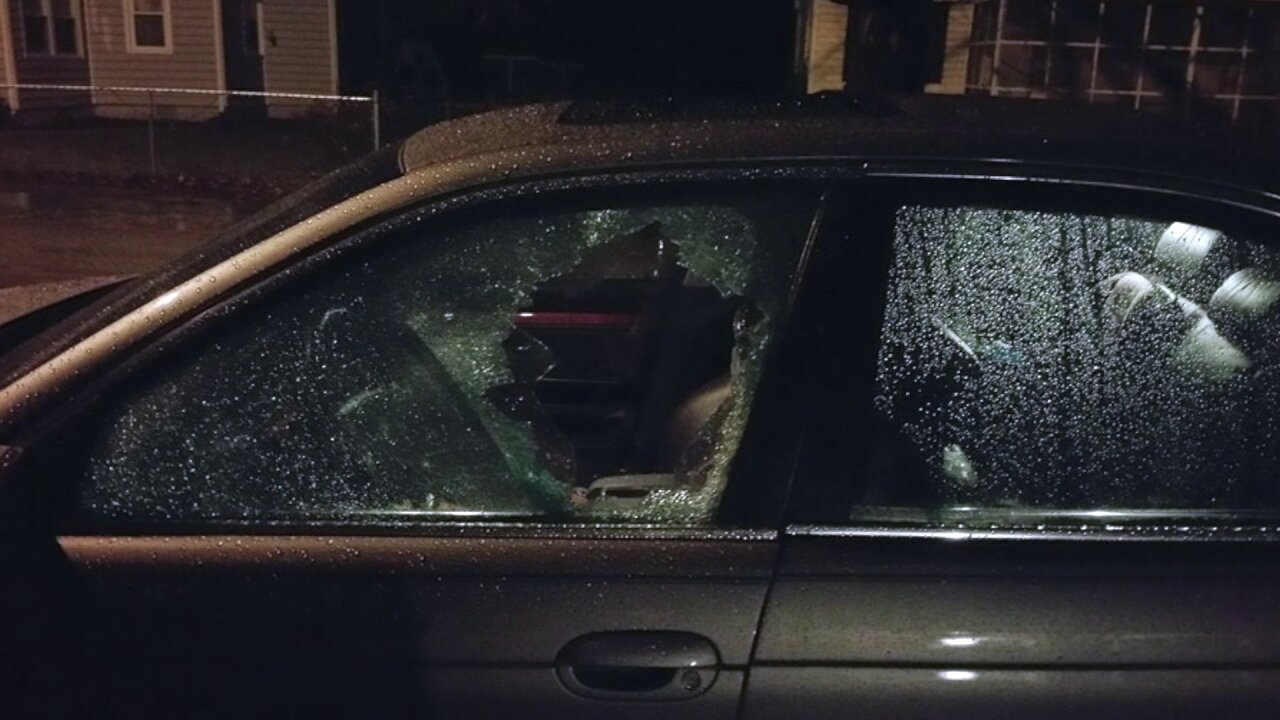 HENRICO COUNTY, Va. -- A Sandston neighborhood is under a watchful eye after thieves smashed car windows, stealing personal items out of cars. Henrico Police are investigating after someone threw a brick into a car window on S. Confederate Ave. The victim told CBS 6 a gun was stolen from the car Tuesday night. Police believe it happened sometime after 9 p.m.

Car was smashed with a brick on S. Confederate Ave.

"It's angering to anybody in the neighborhood," said Douglas Piparo.

Piparo said his car was broken into two months ago. He said the thieves took his wallet.

"Come out the next morning about 6 a.m. and start my truck to go to work, my windows smashed and there's a boulder sitting in front of my truck," said Piparo.

Car was smashed with a brick on S. Confederate Ave.

Piaparo said stealing from innocent people in the neighborhood has to stop.

"This has been too much personal involvement to too many families around here that are just blue collar families that work really hard for what they have and don't deserve this, especially around the holidays,” he added.

Police said they have increased patrols in the area, but in that particular neighborhood, the incident on S. Confederate Ave. was the only car break-in recently reported to police.