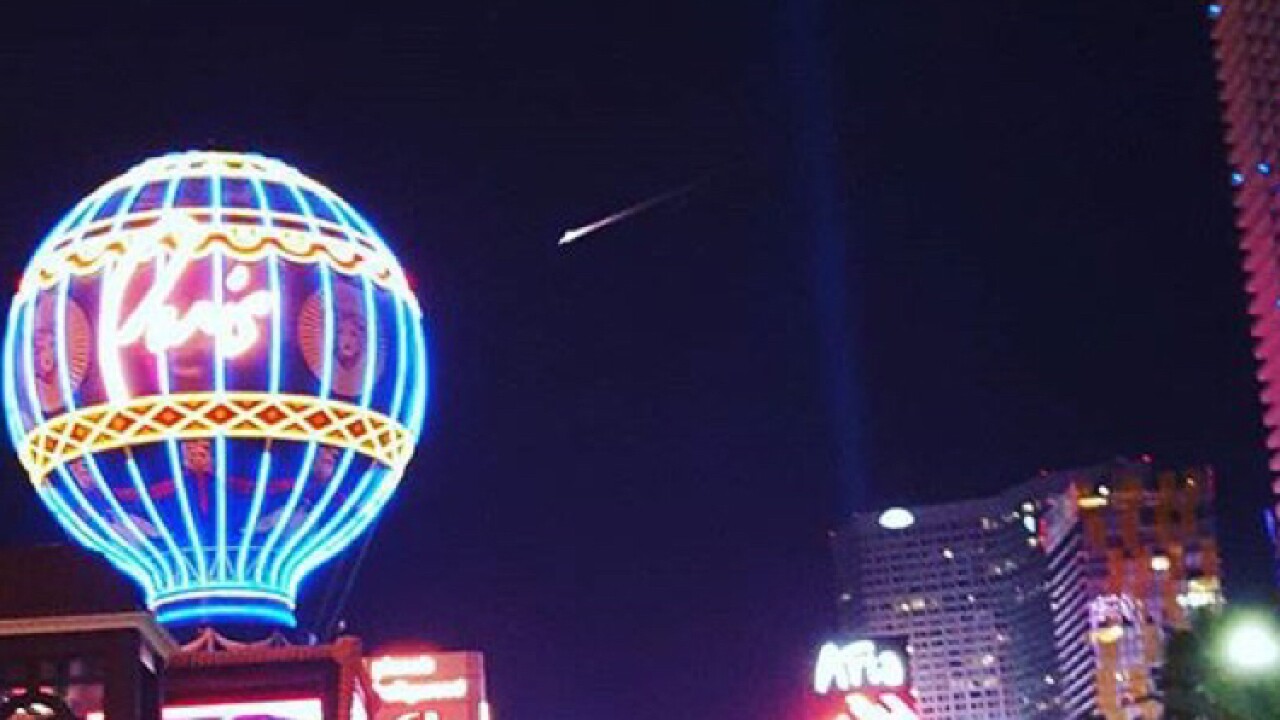 LOS ANGELES — When a mysterious light streaks across the night sky, social media lights up too. Speculation swirls. Some of it serious. Some not. It happened again Tuesday night when a brilliant flash of white cut through the darkness.

“Weird flaming streak of debris in the sky south of Las Vegas just after 6PM. Anyone else see it?” he asked on Twitter.

The experts weigh in

But the U.S. Strategic Command put all the speculation to rest, saying the fireball across the skies of the southwestern United States was a bit of Russian space junk.

It was the body of an old SL-4 rocket, for those who like specifics.

The U.S. Strategic Command through the Joint Space Operations Center makes it its job to track such things. And there’s a lot more space debris circling Earth than you might expect.

Some 16,000 objects are cataloged, according to the center.

“That service is a key element of our commitment to provide space situational awareness for spaceflight safety,” it says.

While it never hurts to go with an expert opinion, Richard in Temple City, California, suggested something different — a bit more seasonal.

“I thought maybe the streak of light in sky was Santa’s test run not going as planned.”