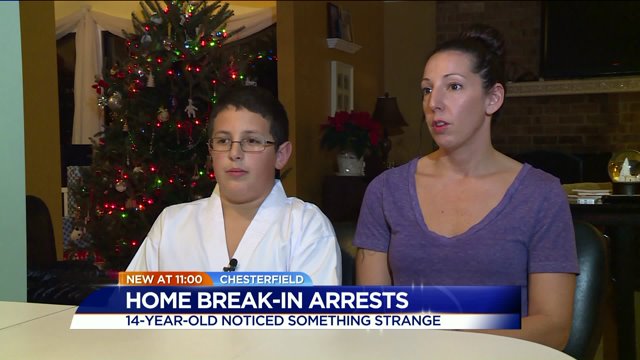 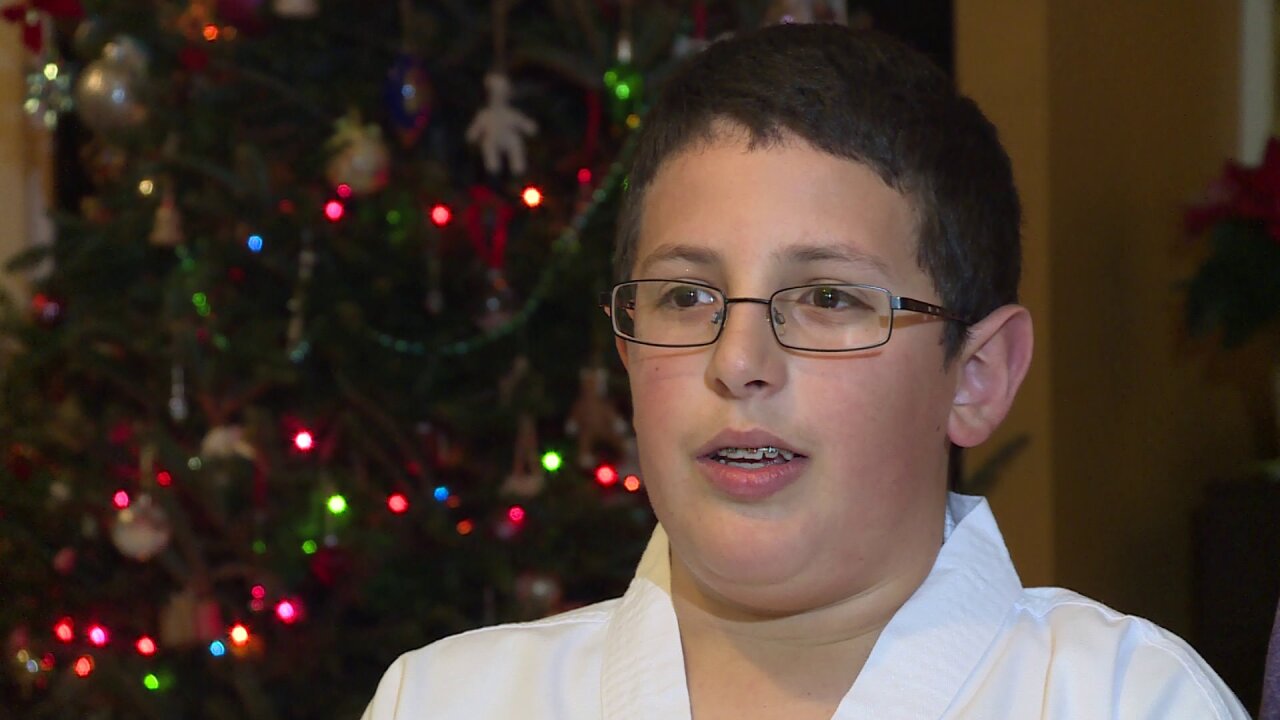 CHESTERFIELD COUNTY, Va. -- A chesterfield 14-year-old is being credited with putting two alleged criminals in jail and saving one family's Christmas.

Tyler Buda was at home alone Monday morning when he noticed two men acting strange across the street in the area of Brown Summit Road and Winslow Road.

Those men were Henry L. Diggs Jr., 21 and Sherman T. Myvett, 19, who have now been charged with three counts of breaking and entering, one count of grand larceny, one count of petit larceny, and one count of vandalism.

Tyler Buda and his mother

"I saw the two guys, they went to the door and knock on it and it looked like the other guy was on the watch out making sure no one saw them," said Tyler. "Then they walked into the back yard."

That's when Tyler got worried about what they were doing and called his aunt who called police.

The woman who lives in the house across the street from Tyler told CBS 6, the suspects unwrapped every Christmas present in her home and had them stacked at the back door when they were caught by police.

Police said Diggs and Myvett broke into at least three homes in the same neighborhood. Investigators believe the suspects may be involved in other incidents, as well.

If you believe you were a victim or have any information on these crimes should call the Chesterfield County Police Department at 804-748-1251 or Crime Solvers at 804-748-0660.