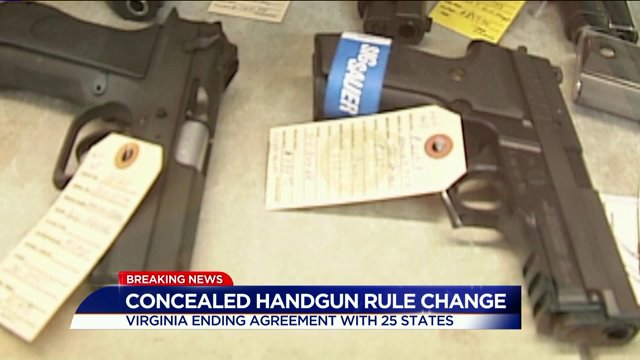 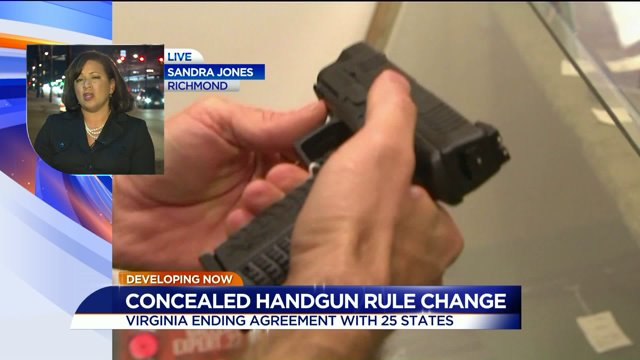 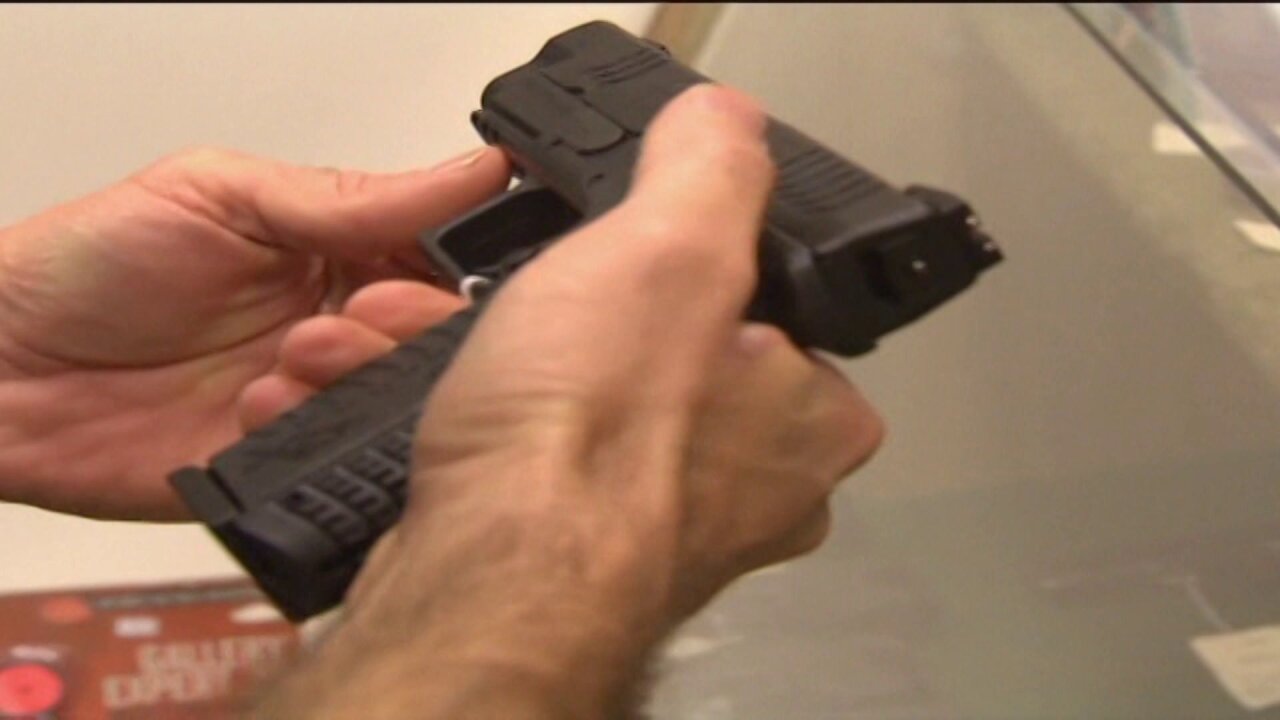 RICHMOND, Va. -- Virginia Attorney General Mark Herring announced Tuesday that, starting February 1, the Commonwealth would no longer recognize concealed carry handgun permits from more than two dozen other states. Herring, a Democrat, said the decision was made following a Virginia State Police audit of 30 states whose concealed handgun permits had been considered valid in Virginia.

"Virginia, and nearly every other state in the country, have recognized that carrying a concealed handgun is a significant responsibility that should be extended only to those who have gone through a process to prove a level of competency and responsibility," Attorney General Herring said. "The standards for proving competency and responsibility are up to each state, and the General Assembly has established Virginia's standards for whom it considers capable of safely carrying a concealed handgun. Those standards should be applied evenly, consistently, and fairly to anyone who wants to lawfully conceal a handgun in Virginia."

The Republican Party of Virginia called the move a declaration of war against the Second Amendment.

"Mark Herring's unilateral action sets the stage for other states to end their recognition of Virginia permits, and make it much harder for law abiding citizens to exercise their constitutional rights," Republican Party of Virginia John Whitbeck said in a statement.

"Some states are going to say, well, if you don't honor us we won't honor you.  So, Virginians going to those states will be disarmed.  There's no advantage in this,” said Van Cleave. “My question is why doesn't Herring worry about terrorists, rather than spreading all of this effort going after people who don't commit crimes and haven't caused any problems in Virginia."

This update of concealed handgun permit recognition would not affect any permits issued by Virginia. The states that Virginia would no longer recognize concealed carry handgun permits from are:

"To ensure Virginia's law and safety standards for concealed handgun permits are applied evenly, consistently, and fairly, I have recommended the State Police terminate the reciprocity agreements with 25 states whose laws are not adequate to prevent issuance of a concealed handgun permit to individuals that Virginia would disqualify. The State Police has accepted that recommendation and has begun sending letters to the 25 states informing them that as of February 1, their permits will no longer be recognized by Virginia," Herring said. "Our General Assembly has already identified who can and cannot conceal their handguns in Virginia. Those standards should apply to everyone in Virginia equally, at all times. They should not be undermined by wrongly recognizing permits from other states with more permissive standards."

Republican delegate Dickie Bell said he and colleagues will review Herring’s actions, and that this will be brought up during the upcoming General Assembly session.

“This is the type of overreach that we have grown to expect from Washington, yet it is disappointing to see those Washington-style politics come across the Potomac and into our Commonwealth. I will join with my colleagues in the General Assembly as we begin immediately to review the Attorney General’s actions. I am committed to protecting our 2nd amendment rights, and will continue this fight when we get to Richmond in January.”