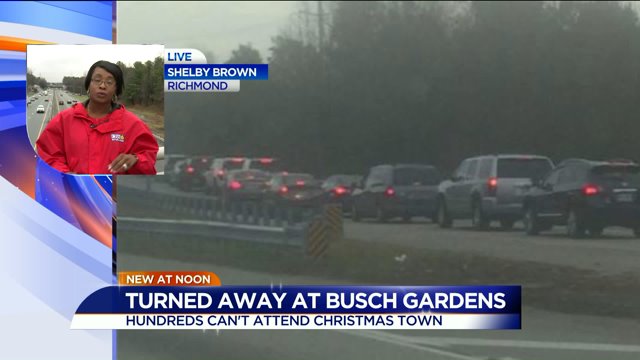 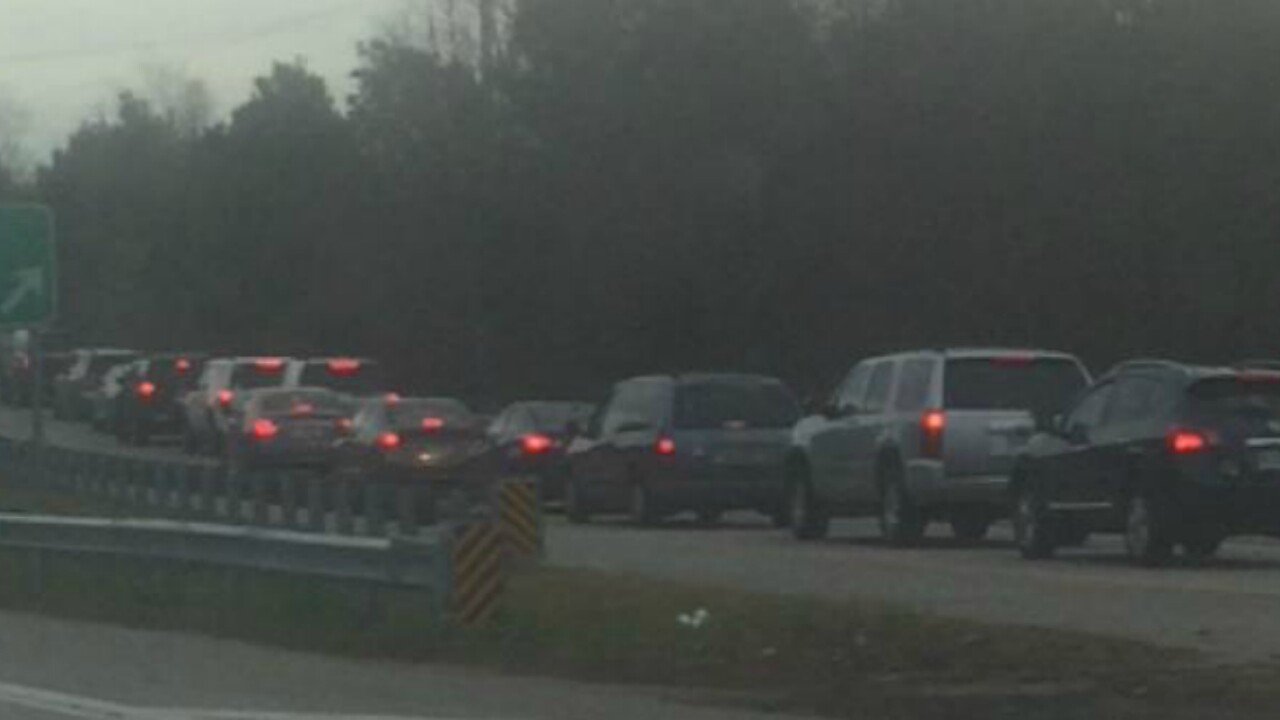 WILLIAMSBURG, Va. -- If you plan to see the Christmas lights at Busch Gardens Williamsburg's Christmas Town, plan to leave your home early. That was the advice an amusement park spokesperson gave after hundreds of people got caught in traffic on Interstate 64 headed to the theme park Monday. The park became so crowded, they stopped letting people into the parking lot for a period of time.

"I'm not one of those disgruntled Richmond patrons who is wanting to be on the news to talk these things," Will Lloyd, who attempted to bring his family to Christmas Town Monday, said. "But it just fascinated me that there were so many people involved in this -- thousands of people -- just trying to take their kid to see the lights."

Lloyd said he and his family turned around and went home after they spent three hours waiting in traffic.

"Busch Gardens operations team monitors the parking lots and the number of people in the park throughout the day and night," park spokesman Kevin Crossett said. "When the team determines that the park has hit capacity, either because of the number of people in the park or because of the number of cars parked in our lots, the decision is made to temporarily close. Announcements are made through the park's social media channels. Guests should monitor Busch Gardens Facebook and Twitter channels for announcements when the park closes temporarily and when it opens again."

"Christmas Town is a popular event and can get busy especially as we get closer to the holiday," Crossett said. "The best advice I can give is to encourage people to arrive early. The park opens at 2 p.m. Early afternoon is a great time to see a show, eat a late lunch or ride one of the parks popular attractions. That leaves the evening free to stroll along the park's eight million lights."

Will Lloyd said he might take his family back to check out Christmas Town -- after the holidays.