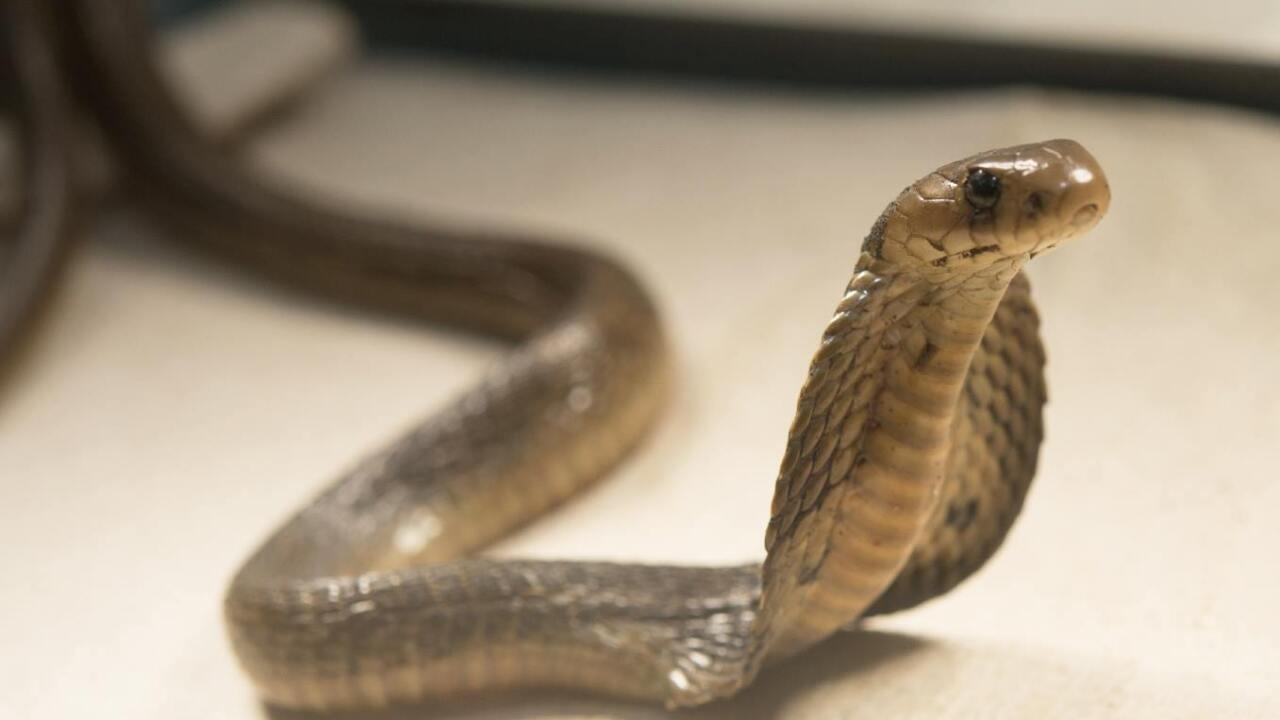 An unlikely and dangerous stowaway slithered its way into a New Jersey-bound container ship this week.

The MV Maersk Sana was headed to port from Indonesia when a crew member discovered an 18 inch long Indian cobra, the Wildlife Conservation Society’s Bronx Zoo reported. The Indian cobra is highly venomous and native to southern Asia.

U.S. wildlife officials were notified of the unexpected passenger Monday and called the Zoo’s reptile experts — known as herpetologists — to assist.

And what does one use to remove a deadly snake that’s on the loose in the dark — on a ship, eight stories below deck? Some special equipment and a bit of bravado.

The herpetologist’s kit contained snake tongs and hooks, a snake bag, headlamps and antivenom treatment– just in case their elusive prey tried to bite them.

A strike from an Indian cobra can kill within an hour, says a toxicology report from the University of San Diego. And it’s a nasty death that includes paralysis, respiratory failure and convulsions.

After half an hour, the snake was found and hoisted to deck.

No one was injured in the rescue, but the snake was in poor condition — dehydrated, cold and covered in oil residue, according to the Wildlife Society.

It’s now in quarantine and recovering at the Bronx Zoo’s wildlife health center.