Woman drives on crowded Las Vegas Strip sidewalk, killing one and injuring 37 others 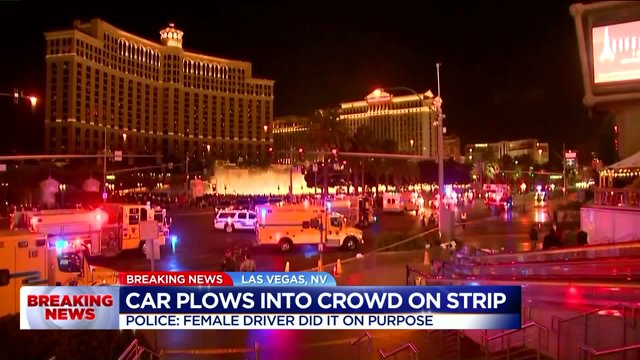 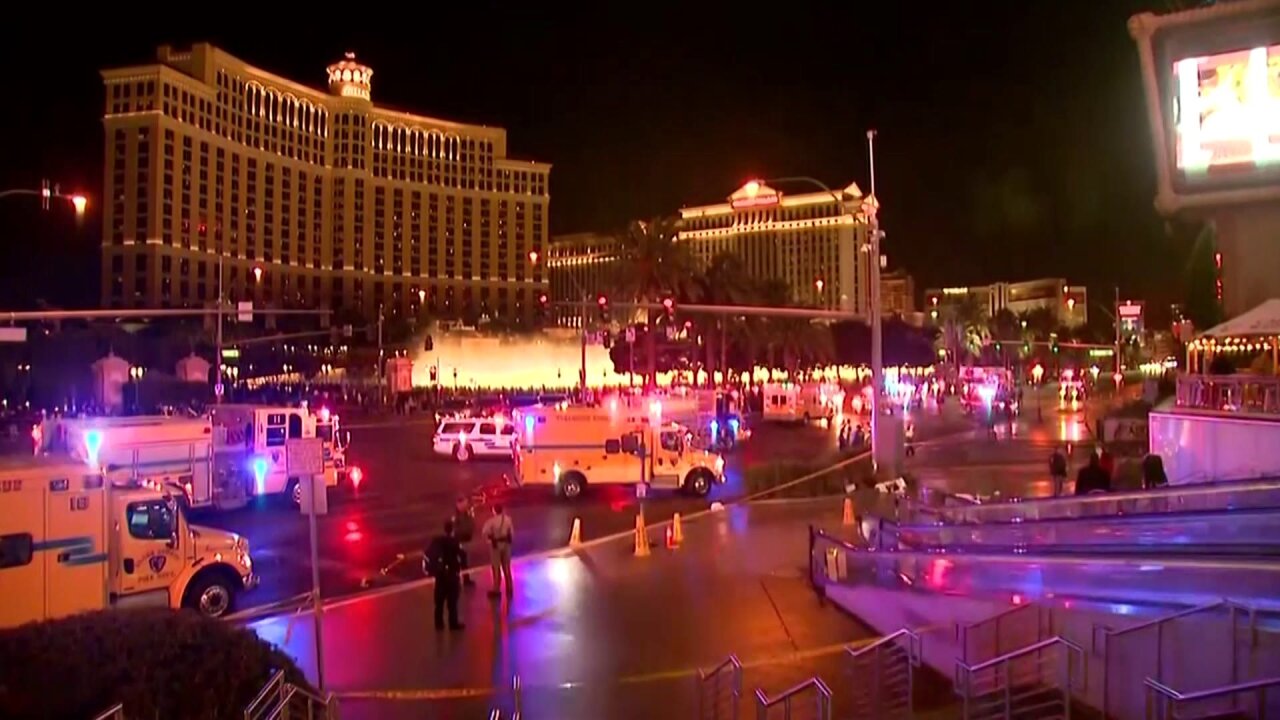 LAS VEGAS -- The woman who drove her car onto a sidewalk along the Las Vegas Strip, killing one person and injuring 37 others, has been identified as 24-year-old Lakeisha N. Holloway, Las Vegas Metropolitan Police Department Sheriff Joe Lombardo said. Prosecutors will initially file a single charge of murder with a deadly weapon against Holloway, District Attorney Steven Wolfson said. Additional charges are possible, including multiple counts of attempted murder with a deadly weapon, leaving the scene of an accident and child abuse/neglect, Wolfson said.

Witnesses said the woman was driving down Las Vegas Boulevard before her car jumped onto the sidewalk and started striking pedestrians.

She allegedly drove the 1996 Oldsmobile sedan onto the sidewalk at different spots and hit more people before barreling down the road.

'Not an act of terrorism'

Police arrested the driver, and she is undergoing tests for alcohol and controlled substances. A 3-year-old in the car with her was unharmed.

Authorities ruled out terrorism but said an initial investigation showed the driver did it deliberately.

"This was not an act of terrorism," said Brett Zimmerman, a Las Vegas Metropolitan Police Department deputy chief. "We are treating this as an intentional act."

The driver, who is in her 20s, went onto the sidewalk at least three or four times, according to Zimmerman.

Homicide division officials are looking at numerous surveillance videos from the Strip.

She 'just kept mowing people down'

Antonio Nassar said people scrambled to stop the woman as she drove on the sidewalk.

"The car rolled right in front of me. By the time I looked over to the right, all you could see was (her) driving away, and people were bouncing off the front of the car," Nassar told CNN affiliate KLAS.

"She rode the sidewalk, she came to a stop at the Paris intersection, people are punching into the window. ... She accelerated again and just kept mowing people down."

Emergency vehicles were trying to cut through traffic to get there, she said. Convoys of ambulances and police cars gathered at various spots, their lights flashing.

Justin Cochrane said he was having dinner at a patio restaurant when he suddenly saw the car.

It slowed down, turned toward the sidewalk and accelerated, he said.

The Las Vegas Metropolitan Police Department urged witnesses to flag down officers at the scene and give them a statement.

A portion of Las Vegas Boulevard was closed after the incident. It will reopen Monday morning, the Police Department said.

'She was looking straight forward'

"Everyone was running ... and as I was running, I saw a car up on the sidewalk coming toward us," a witness told KLAS. "I saw a lady ... she didn't seem like she wanted to stop the car, she had both hands on her wheel, and she was looking straight forward."

Others tried to stop the driver and drag the toddler out, she said.

Traffic snaked down the streets as cars were diverted near the Paris Las Vegas Hotel.

The Las Vegas Strip is lined with luxury hotels and casinos, and it is filled with revelers taking in the neon lights on any given night.

Shortly after the crash, the Strip emptied, an unfamiliar sight in the heart of the vibrant city.