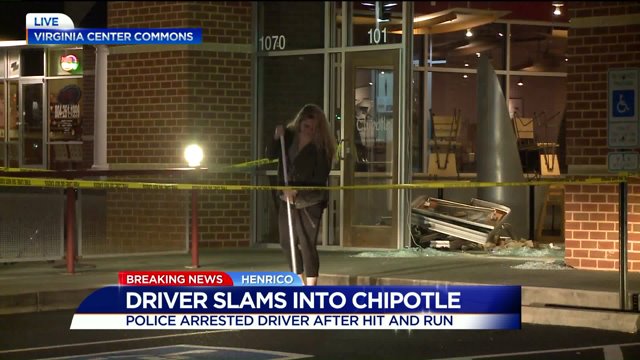 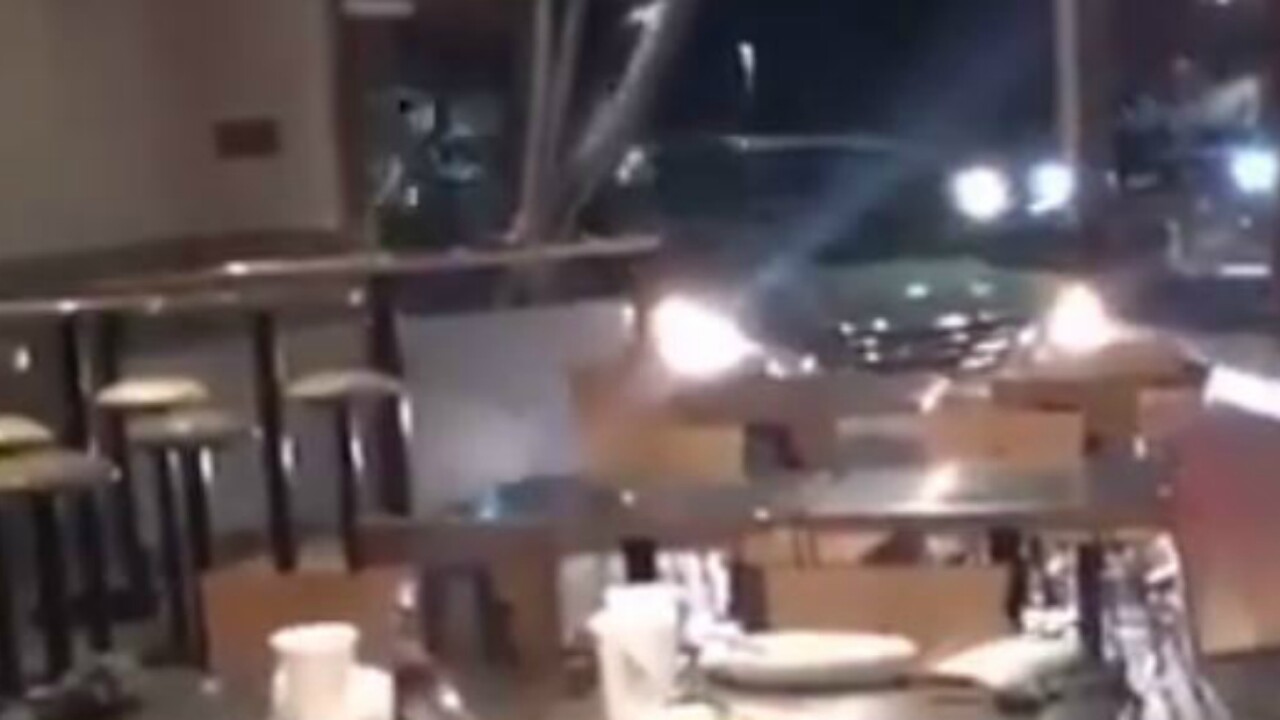 HENRICO COUNTY, Va. -- A woman was arrested after she drove into a Chipotle in Glen Allen and then drove off Sunday night, according to Henrico Police. No one was hurt in the crash which officers said the accident happened around 8:15 p.m. at the Chipotle in the 1000 block of Virginia Center Parkway.

The car drove into the front entrance and shattered glass and part of the front door. Katlyn Farmer‎ captured video of the car as it backed out of the restaurant.

"Was eating at Chipotle and a Hyundai Sonata just crashed through… near Virginia Center Commons,” Farmer‎ said.

The vehicle, which fled the scene after backing out, was stopped by police nearby on Jeb Stewart and Virginia Center Parkway. The driver, whose name has not yet been released, was arrested.  Fire officials said the crash remains under investigation.

The restaurant is closed until further notice.

The scene after a sedan smashed through the front of the Chipotle near Virginia Center Commons (SOURCE: Scott Kennedy)