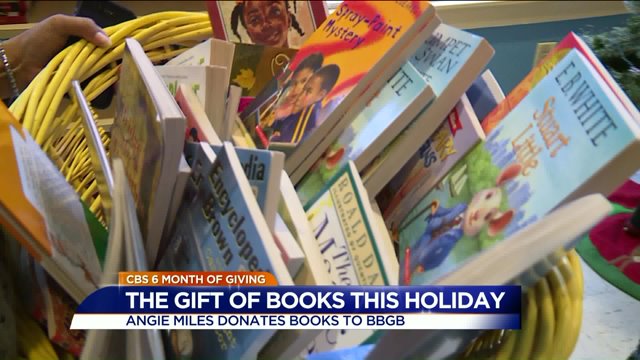 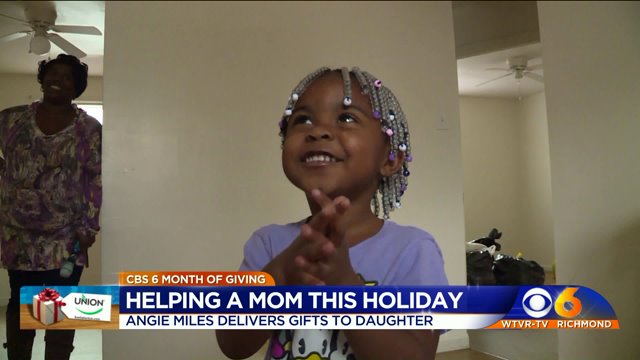 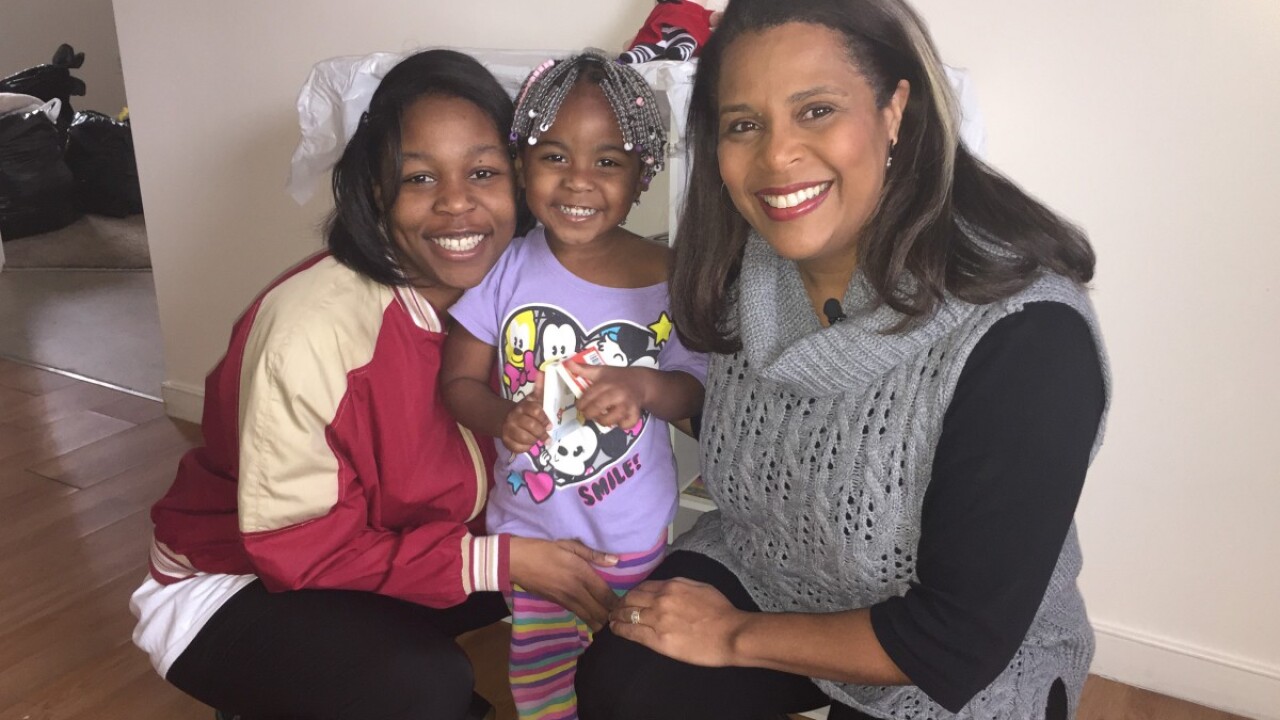 RICHMOND, Va. -- CBS 6 anchor Angie Miles connected with the group Housing Families First and learned of a young mother and her daughter who were homeless this year and have  just moved into their own home.

Angie visited Ms. Jeffries and brought a surprise gift for her daughter, Ari'yonna.

“We brought something for you," Angie  said. "May I show you what we’ve brought for you?”

Angie brought a box filled with books and a bookcase.

Little Arianna was thrilled with her new library.

And she had a special message for WTVR CBS 6 viewers.

And because of the generosity of our Month of Giving partner, Union Bank and Trust, as well as the big hearts at BBGB Bookstore in Carytown, CBS 6 is able to spread the love to other children who have experienced homelessness.

In fact, BBGB Bookstore has launched a community book drive for the children helped by Housing Families First. As a result, the store matched the books purchased for  Ari'yonna and supplied the bookcase.

The store also placed the first books in the collection box.

Rochelle McCashin of Richmond became the first patron to buy a book for the drive.

Rochelle McCashin of Richmond becoming the first patron to add a book to the bin for the kids at the Hilliard House shelter.

You can drop off or purchase books at the store at 3003 W. Cary Street in Richmond. The initiative lasts through the end of the year.

WTVR CBS 6 has partnered with Union Bank & Trust for the Month of Giving. 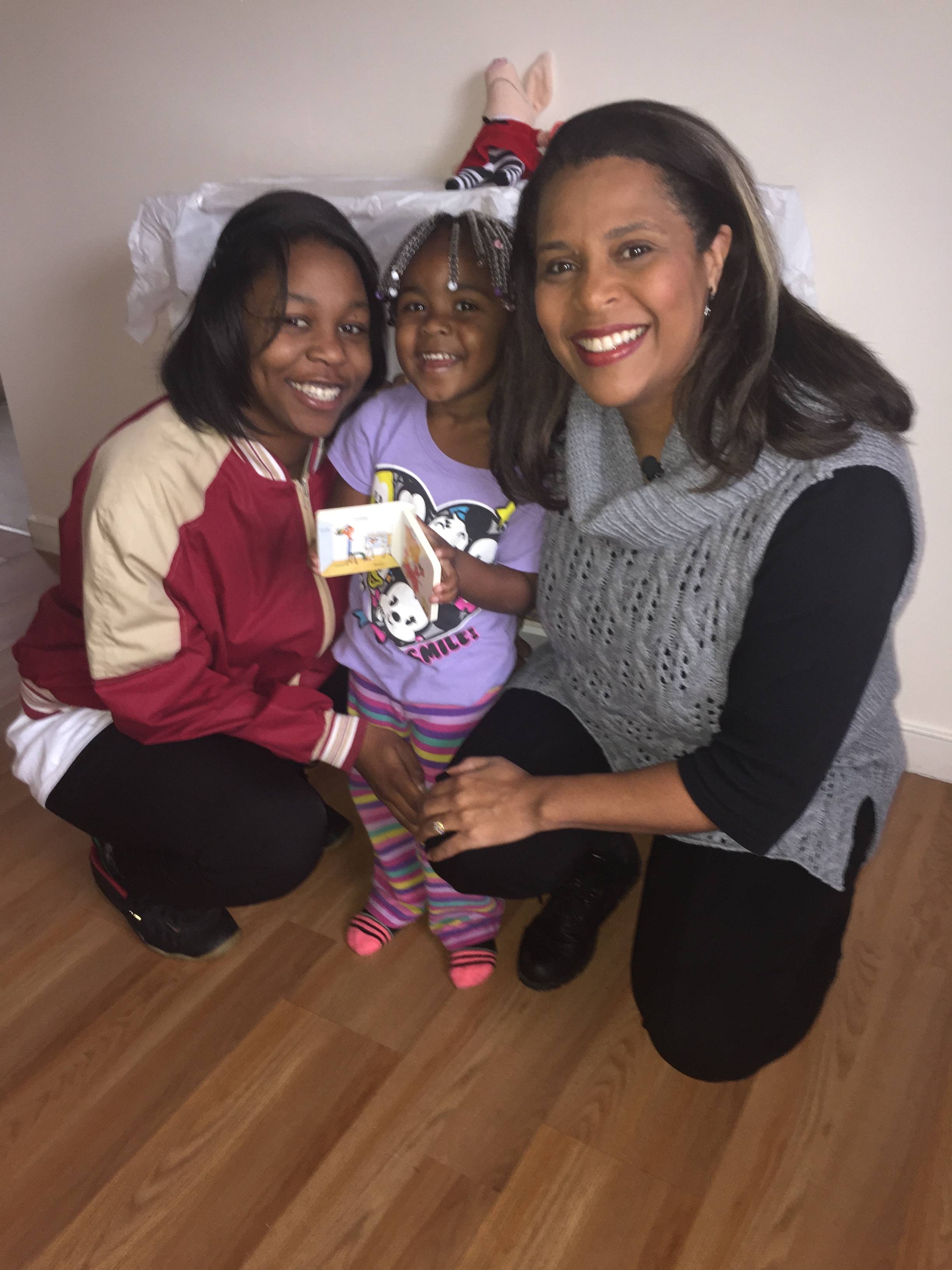