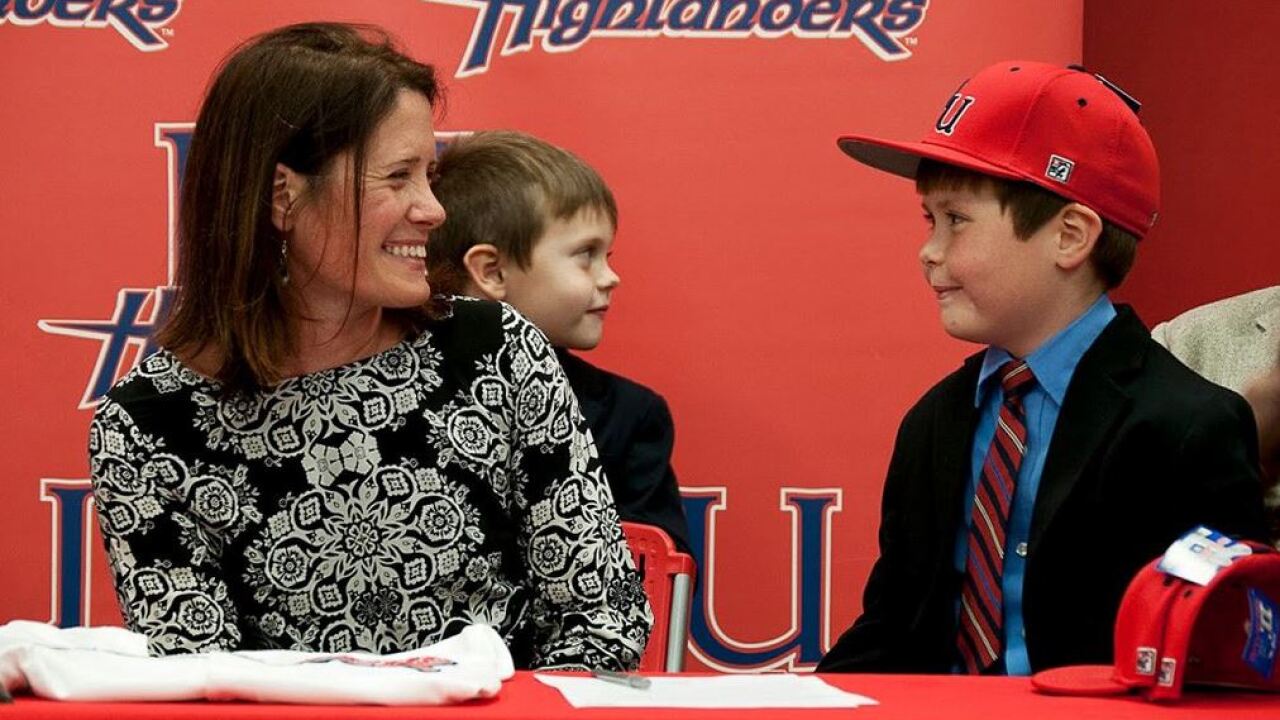 RADFORD, Va. — Radford University’s latest baseball signee really puts the short in shortstop. The Radford Highlanders signed seven-year-old Sutton Smith to a national letter of intent Tuesday. What Smith lacks in height, he more than makes up for in heart. Smith has been battling leukemia since 2013 and has been an adopted Highlander ever since, according to the university.

“We consider the Smith family to be a part of the Radford baseball family,” head baseball coach Joe Raccuia said. “We thought it was important to be around Sutton, while serving as role models and giving him the support that he needed.”

Smith will get his own locker in the baseball locker room and Radford baseball gear.

“He really enjoys being around the team,” Sutton’s mother Mary Smith said. “It is just so nice to have these guys, who make him feel special and accept him as one of their own.”