‘I couldn’t breathe,’ teen says airbag deployed unexpectedly while she was driving 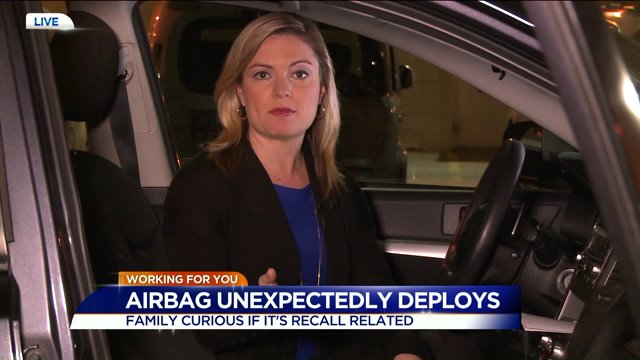 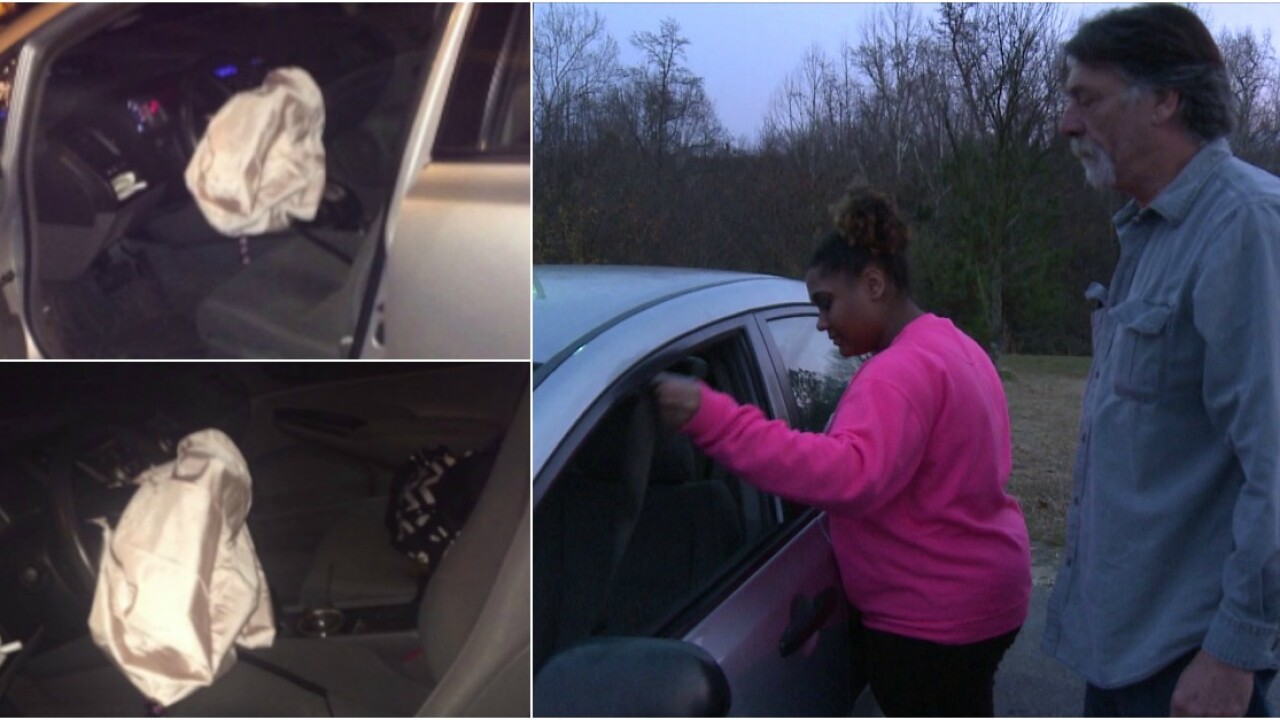 HOPEWELL, Va. -- Kayla Romano’s steering wheel still shows the damage from where she said the airbag in her Honda deployed unexpectedly for no reason.

“The most scary part was I couldn’t breathe, I just thought I was going to pass out,” Romano said.

The 17-year-old said she was driving home in Hopewell going about 15 miles per hour when she slowed down to make a turn and suddenly heard a pop.

“It was very scary, I didn’t know what happened,” Romano said.

Romano swears she never hit anything, and her dad said police would not take a report because there was no crash.

“There were a number of people around including two policemen that said she hit nothing at all,” Steve Romano, Kayla’s dad, said.

He said they told him Kayla must have hit something because they found two small dents on the bottom frame of the car, but Romano said that is bogus.

“She did not hit anything and that airbag went off, and I want to know why,” Romano said.

A quick google search found numerous recalls related to the airbags in Hondas after the National Highway Traffic Safety Administration demanded a nationwide recall on Takata airbags, which are used by Honda.

But, none of those recalls involve this particular issue, and Romano’s car, a 2010 Honda Civic, was never recalled.

We did find two complaints filed with the NHTSA about that model saying the driver’s side airbag deployed for no reason.

Colonial Honda called Romano after we called them and told him to call Honda customer relations to file a complaint.

CBS 6 reporter Melissa Hipolit visited Colonial Honda, but they told her they could not discuss this particular issue.

They did say customer relations would determine if it is something that should be investigated.

The NHTSA recommends if something like this happens to you, you should immediately contact the car manufacturer and also register a complaint with them at safercar.gov.